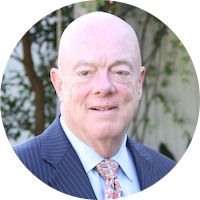 Mr. John W. “Johnny” Johnson, prior to April 10, 2013, was Chairman of Permian Mud Service, Inc. and Chairman of the Executive Committee of its subsidiary, Champion Technologies, Inc.  Permian and Champion were merged into Ecolab on that day.  At the time, the merged companies were doing more than $1.4 billion in sales and employed approximately 3,200 people.  Mr. Johnson continues to be engaged with the residual companies, Johnson & Lindley, LLC, with interests in oil & gas exploration/production and Athlon Solutions, LLC, a chemical provider to refineries and petrochemical plants.  He was founding chairman of Amegy Bank of Texas (1981) and serves as chairman of the bank board’s executive committee.

In 2006, he was presented the Benjamin Banneker Community Builder Award by the Barbara Jordan and Mickey Leland School of Public Affairs at Texas Southern University, and in 2003, Johnson received the Congresswoman Eddie Bernice Johnson Award for Leadership in Transportation. Johnson served on the Governor's Business Council and on the Task Force on Charter Schools. He and his wife, Ann, were actively engaged in the development of charter schools KIPP and YES Prep.  In the fall of 2001, President George W Bush named Johnson to serve on the J William Fulbright Foreign Scholarship Board, a position held for more than ten years.  In 2013, he was presented the Scenic Visionary award from Scenic Houston.

A former trustee of St. Luke's Methodist Church Foundation, Johnson also was chairman of the board of the Houston Museum of Natural Science (1992) and of St John's School (1992-1998). He received the St. John's School Distinguished Alumnus Award in 2002. He is a past director of Goodwill Industries and was actively involved with the American Leadership Forum and the Young Presidents' Organization.  He currently serves as Chairman of the Houston Methodist Hospital Foundation Board.