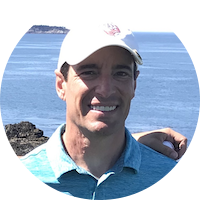 Technical Sargent Joseph Byrne joined the United States Air Force as soon as he could following the September 11th terrorist attacks.  He knew he wanted to serve in a combat-oriented job, so during Byrne’s ten years in the Air Force, he served first as a TACP for 2 deployments (OEF and OIF) and then crossed over to the red beret of the Combat Controller.

While on his second tour in Marjah, Afghanistan as a Combat Controller, Byrne was shot in the neck, shoulder and hand.  After four surgeries over the course of one year he was able to get back on deployment status.

After a full recovery, Byrne married his wife, Kelly, and deployed back to Afghanistan.  On his fifth tour, Byrne decided it was time to hang up the combat boots.

Once retired, he and his wife moved back to her home of San Antonio, Texas where he began two of the hardest journeys of his life, college and parenthood. Prior to his graduating from Texas A&M in the Summer of 2017, Byrne and Kelly had two children, a boy, Sawyer and a girl, Charlotte.

Golf played an intricate role both physically and mentally in his recovery and transition.

Currently, Byrne works in San Antonio for T3i, a government contracting company that serves the Air Force in Special Operations Development specializing in water confidence.  He plans on pursuing his masters, golfing his course bucket list, and looks forward to the day he will become a scratch golfer.  Until then, Byrne keeps playing 18 holes with his kids and father -in-law.