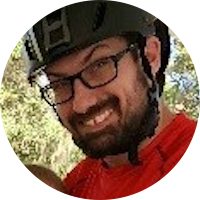 Chief Warrant Officer Jeremy Valdez entered the U.S. Army on March 28th, 1998, and attended Infantry Basic and Advanced Individual Training at Fort Benning, Georgia.  He attended the Special Forces Assessment and Selection course, and was selected to be an 18B Special Forces Weapons Sergeant.  In 2002, he finished airborne training and training in the Special Forces Qualification Course and was assigned to 7th Special Forces Group (A) at Fort Bragg.

As a Green Beret Warrant Officer, Valdez deployed four times to Afghanistan between 2007- 2014.  In 2008, his vehicle was hit by a rocket-propelled grenade and he was treated for shrapnel wounds and burns at Walter Reed.  In 2009, he was wounded in a helicopter crash in western Afghanistan.  Valdez sustained a broken shoulder, head injury and burns after pulling five team members from the burning helicopter. Ten fellow warriors were killed in the crash.

In 2012, while deployed to Afghanistan for his final time, Valdez met his wife, Rachel, who was a deployed soldier as well.  He is currently transitioning out of the Army and retiring after 20-plus years of service.

Valdez is beginning his new journey in the civilian world at Amazon and moving to Seattle, WA.  He has channeled his effort now into his three kids, ages 20 years to 10 months old.  Valdez has also repurposed his experience from his helicopter crash into a knife he designed for CRKT Knives Company.  He enjoys life and getting out to ride mountain bikes with his wife, and his Team 43 brothers and sisters.