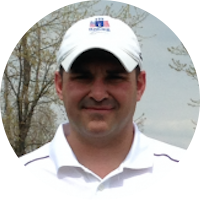 First Sergeant Jason Stamer retired from the Army after 20 years of service in May 2015.

Stamer was wounded during a mounted patrol in Nalgham, Afghanistan in May 2011.  His patrol came under fire in a near ambush.  His vehicle was hit by three rounds from an 82mm recoilless rifle.  He sustained deep shrapnel wounds to his lower extremities, back and left arm.

At the time, Stamer was currently deployed with his son, Brandon, who was in the same Brigade and both were working within the same Area of Operations.  Stamer’s son was able to see him at the Kandahar trauma facility and help load him into the plane back to the U.S.

Stamer currently resides in Clarksville, Tennessee.  He is employed as a Center Manager for Grifols BioMat USA plasma center.  Grifols is a leading component of plasma medicines to defeat Alzheimer’s and is trying to set a path in determining how plasma can help veterans with Traumatic Brain Injury (TBI).

Stamer is married to his lovely wife, Monica, of 18 years.  They have three children Kaylee, Logan and Brandon.