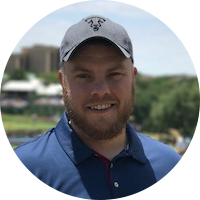 Staff Sergeant Jason Searles enlisted in the United States Army as an infantryman shortly after graduating from high school in 2004.  He was stationed at Fort Campbell, KY, Bauhmholder, Germany, and Fort Carson, Colorado.  Searles deployed twice to Iraq, and once to Afghanistan.

On August 13, 2011 Searles was on a foot patrol trying to clear an area of IED’s when he stepped on one.  He immediately lost his right leg below the knee, and was airlifted out of Afghanistan.  Searles spent the next nine months recovering and learning to walk again at Walter Reed in Bethesda.

After Searles finished treatment, he chose to move back to Colorado and continue on active duty. His request was denied, and he started the medical boarding process.  Over the course of his Army career, Searles received the Purple Heart, Arcom with Valor, Meritorious Service Medal, and several achievement medals.  He served honorably for 10 years, and was medically retired in September 2014.

During the long transition to civilian life, Searles started golfing again.  Golf was a hobby he had since childhood.  To have the opportunity of the Warrior Open and the experiences he has had with the Bush Center is something he greatly values.

Currently, Searles is a full-time student pursuing a bachelor’s degree in Mechanical Engineering at the University of Colorado at Colorado Springs.  He will graduate with honors in May of 2018.  Searles hopes to start a new career in the energy field, though his dream is to work for NASA and be the first amputee in space!  Nothing has held him back over the past six years, and he will continue to inspire everyone around him.

Searles is supported by his wife, Stephanie, a registered nurse, and their two children, Cooper and Natalie. They currently live in Colorado Springs, Colorado.