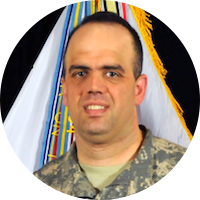 He is an “honors recognized” graduate of the Master of Science in Strategic Intelligence program, graduating in the top 10 percent of his class, from the National Defense Intelligence College (now called the National Intelligence University) in Washington, D.C.

His educational background also includes a B.S. in Political Science and a Minor in English from Texas A&M University, where he was recognized as a Distinguished Military Graduate.  He also has two additional graduate degrees: an M.A. in Public Administration from Webster University and an M.A. in Leadership/Management Studies from The University of Texas-El Paso.