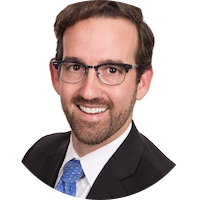 Goehner deployed for a second time to Iraq in 2005. He provided emergency medical care to more than 1,200 injured patients.  The number and severity of the trauma cases he treated led to a diagnosis of Post-Traumatic Stress.  His symptoms worsened upon his return stateside and was released from active duty with a medical discharge.

Following his discharge, Goehner found comfort in focusing his pursuits on higher education and competing in triathlons; education engaged him mentally and provided a purpose, while triathlons offered him the needed physical escape. He completed two bachelor’s degrees, and took an opportunity to volunteer in South Africa.  In South Africa, Goehner taught leadership and team-building courses to schools and ministry groups. Volunteering in South Africa gave Goehner time to realize that his experiences in the military provided him with a foundation, but does not define or limit his future.  Being in South Africa gave him a life changing experience to included meeting and marrying his wife, Laura.  The couple married September 2017 in Johannesburg, South Africa.

Goehner and Laura have relocated to his home valley of Wenatchee, Washington. He is a Sales Finance Manager with Swire Coca-Cola, and attends graduate school; completing his Masters in Organizational Leadership.