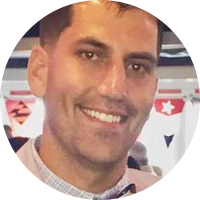 Corporal Andrew Gitto joined the United States Marine Corps as an infantryman in 2008 right out of high school.  He deployed to Afghanistan in December of 2009 with 1st Battalion 6th Marines.  Gitto was deployed in support of Operation Moshtarak in February 2010 to the city of Marjah.

While on a static post on April 15, 2010, Gitto came under heavy enemy fire and was struck multiple times on the left side of his body.  He sustained gunshot wounds to his left hand, shoulder, and chest.  The bullets tore tendons in his left hand and one was embedded in his chest, collapsing his lung.  To this day, Gitto still has bullet fragments in his left shoulder and a bullet in his chest.

For a year, Gitto endured multiple surgeries to repair the tendon in his hand and countless hours of rehabilitation and physical therapy to strengthen his hand and shoulder.  In July, 2011, after a lot of hard work and dedication, Gitto was cleared by his doctor and deployed a second time to Afghanistan.  He was meritoriously promoted to Corporal after his second deployment.

Once home, Gitto took up the game of golf to help him transition from military life to civilian life.  He used golf as a way to escape the memories of what he faced overseas.  Golfing is one of his most treasured past-times and he continues to golf in any spare time available.  He is humbled and honored to be a part of Team 43 and participating in the Warrior Open.

Currently, Gitto is a police officer in Scotch Plains, NJ.  He resides in Phillipsburg, NJ with his girlfriend of eight years and their two awesome dogs.