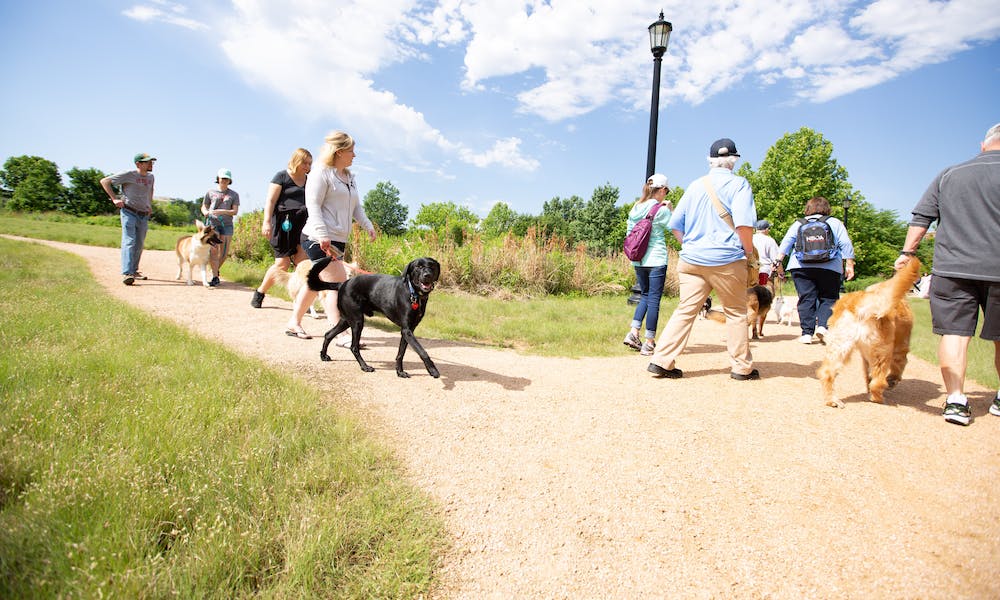 Pups in the Park

Did you know the 15-acre Native Texas Park on the south side of the George W. Bush Presidential Center is free, open year-round, and pet-friendly? Bring your furry friends on Saturday, October 16 from 10 am-12 pm for "Pups in the Park" where we're kicking off the fall season with The SPCA of Texas. This fun, free event includes nature walks around the park, dog-friendly treats, and the chance to win a “Pampered Pooch Package” from Barking Hound Village and a year-long membership to Mutts Canine Cantina. The SPCA will also have their adoption truck onsite and will be accepting donation items noted below.

*Pups in the Parks visitors may park in the Bush Center visitor lot, a short walk from the Native Texas Park located on the southwest side of the Bush Center