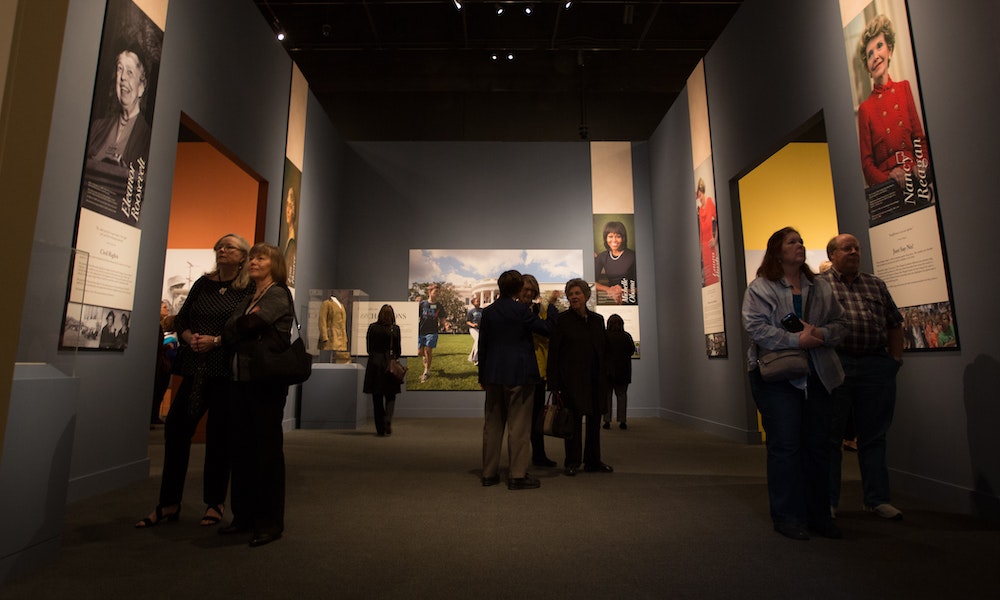 The Bush Center is excited to announce that a new special exhibit, First Ladies: Style of Influence, will open to the public March 1, 2018. The exhibit will run through October 1, 2018.

First Ladies: Style of Influence examines how the role of the first lady has evolved over time, and how first ladies have used their position to advance diplomacy and other social, cultural, and political initiatives.

A Role Without A Rulebook

The impact of first ladies, including Laura Bush, Barbara Bush, Jackie Kennedy, Dolley Madison, Michelle Obama, and Eleanor Roosevelt, will be viewed through themes presented in the Bush Institute’s landmark research report, A Role Without a Rulebook: The Influence and Leadership of Global First Ladies. Visitors will explore how American first ladies have served as hostess, teammate, champion, and policy advocate, all within the context of the changing American political and cultural landscape.

The exhibit will highlight every first lady from Martha Washington to Melania Trump, and features artifacts spanning more than 200 years of White House history, including:

As their stories unfold, visitors will learn the challenges and rewards of a position that is reimagined by each person who holds it.

Style of Influence: A Conversation on the Role of the First Lady