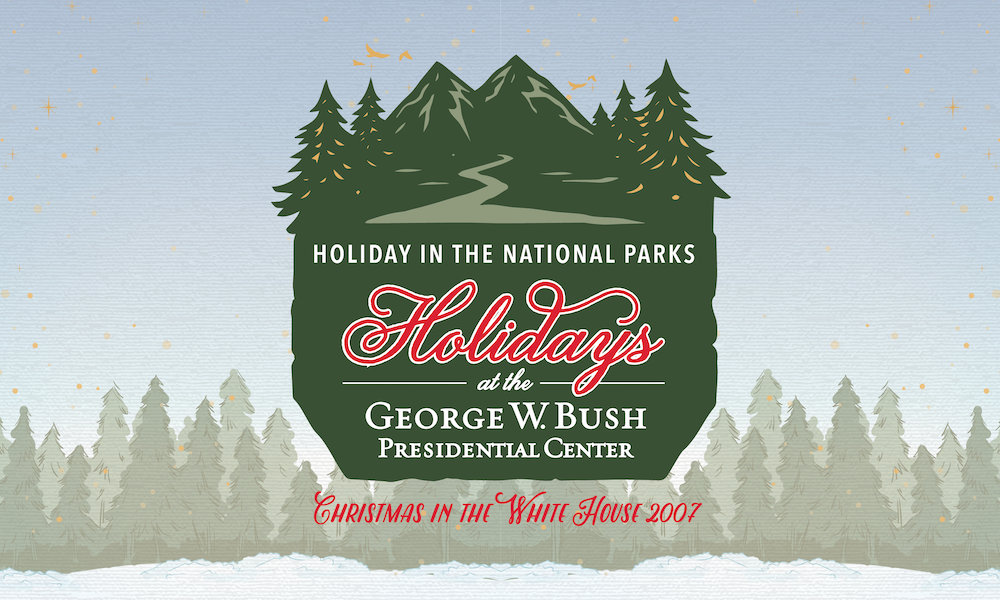 Special Exhibit - Holiday in the National Parks: Christmas at the White House 2007

Open from November 21, 2019 through January 5, 2020, the Holiday in the National Parks special exhibit will be adorned with traditional and elegant decorations that decorated the White House in 2007, such as mixed greenery, gold ribbons, poinsettias, and white flowers, reflecting our nation’s breathtaking landscapes and historical sites. Models of the Alamo, Frederic Douglass House, Mount Rushmore, Spanish missions, and more are incorporated into the exhibit, as well as behind-the-scenes photos of Mrs. Bush’s 31 visits to and 45 events in support of the National Parks. Don’t miss the replica of the official White House Blue Room Christmas tree, which will be covered in gold stars, gold beaded garland, and 347 gold ball ornaments - each hand painted by a National Park artisan to reflect park treasures from sea to shining sea.

The Strategerist podcast - Mrs. Bush shares memories from Christmas at the White House