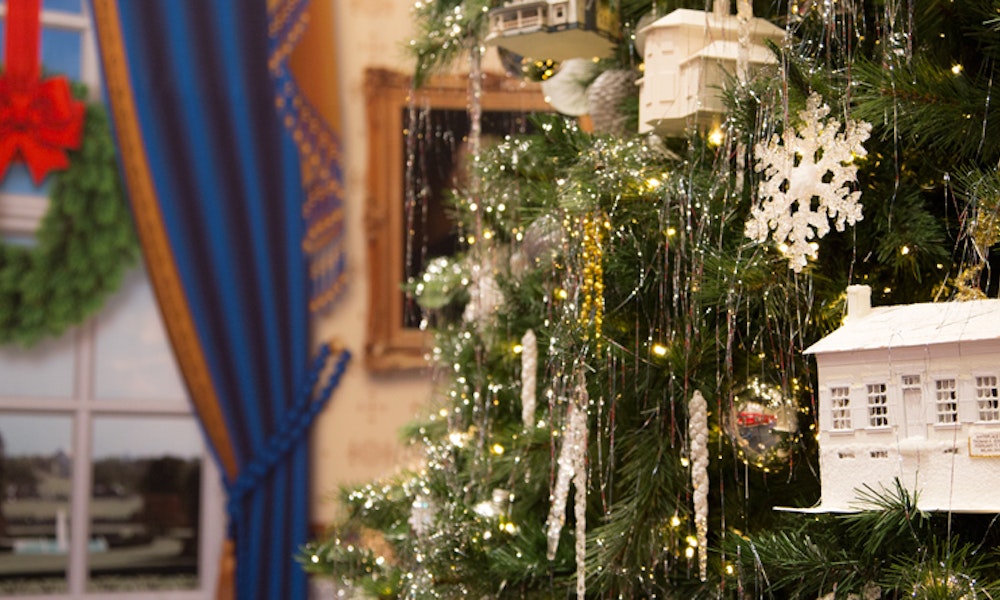 Home for the Holidays: Christmas at the White House 2001

Original decorations, behind-the-scenes photos and videos, and other materials from the 2001 White House holiday displays.

Archivists and curators at the George W. Bush Presidential Library and Museum will recreate the 2001 White House holiday displays in a special exhibit, Home for the Holidays: Christmas at the White House 2001, supported by Allie Beth Allman & Associates. The Home for the Holidays special exhibit incorporates original decorations, behind-the-scenes photos and videos, and other materials from the extensive holdings of the National Archives. As White House tours were suspended in 2001 due to heightened security after 9/11, this will be the first time the public will have the chance to directly experience these holiday decorations.

The Christmas theme Home for the Holidays was selected in spring 2001. Mrs. Bush later noted: “Because this year's holiday season follows a national tragedy, both home and family have special meaning to all Americans. Gatherings of loved ones - familiar faces in familiar places - can be a tremendous source of strength and reassurance during this season of remembrance and goodwill.”

A highlight of the exhibit will be 18 scale models of the family homes of American Presidents, including George Washington's Mount Vernon, Franklin D. Roosevelt's Hyde Park, Abraham Lincoln’s home in Springfield, Illinois and a replica of Lyndon Johnson's Texas ranch, which were all displayed in the White House.

Visitors will discover a photographic representation of the White House Blue Room, a centerpiece of White House holiday decorations.  An 18-foot Christmas tree representing the original 2001 Blue Room tree, which was grown in the mountains of Central Pennsylvania, will be decorated with hundreds of original ornaments depicting historic homes and places of worship throughout the United States.

Highlights of the Exhibit