The George W. Bush Institute in partnership with the SMU’s Center for Presidential History, hosted a conversation at SMU’s McCord Auditorium in Dallas Hall about the role that freedom plays in the world today.

In 1941, President Franklin Roosevelt delivered his Four Freedoms address.  The panelists hosted a lively discussion on what freedom of speech, freedom of religion, freedom from want, and freedom from fear mean 70 years later. 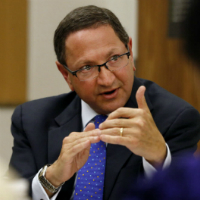 KENNETH A. HERSH PRESIDENT AND CEO OF THE GEORGE W. BUSH PRESIDENTIAL CENTER

As president and chief executive officer of the Bush Presidential Center, Ken leads the organization on both near term priorities and long term strategic planning to sustain the excellence of the Bush Center’s important work and dynamic programming. 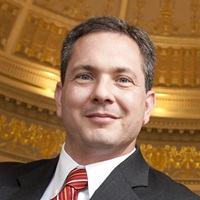 Jeffrey A. Engel, Ph. D., is an award-winning American history scholar and director of the Center for Presidential History at SMU. He is an expert on the U.S. presidency and American diplomatic history.

In this role, Amanda is responsible for developing innovative research, programmatic, and policy efforts to advance societies rooted in political and economic freedom and to empower women to lead in their communities and countries.

William McKenzie is editorial director for the George W. Bush Institute, where he also serves as editor of The Catalyst: A Journal of Ideas from the Bush Institute.

The Catalyst: A Journal of Ideas from the Bush Institute

The Catalyst is a quarterly publication that operates from the belief that ideas matter. They shape public policies, spur action and lead to results. Each issue presents compelling essays that address a central question or theme. Along with Bush Institute directors and fellows, The Catalyst convenes leading experts and writers, as well as new and rising voices, to address each topic. Subscribe today.