Watch the video about: Presidential Medal of Freedom Presentation to Oscar Elias Biscet

President George W. Bush presented Dr. Oscar Elias Biscet of Cuba with his Presidential Medal of Freedom.  Dr. Biscet, who was jailed as a prisoner of conscience in Cuba from 2002 until 2011, was awarded the medal in absentia in 2007 for his dedication to advancing human rights and democracy in Cuba.

President Bush praised Dr. Biscet’s courage, noting, “There’s still a long road ahead before Cuba’s freedom is realized, but at long last Oscar has finally been released from prison and allowed to leave the island.  We welcome you, Oscar. We’ve been waiting for you and we are thrilled you’re here.” As President Bush closed his remarks, he stated that Dr. Biscet “symbolizes all the brave men and women of Cuba who continue to have a vision for a free and democratic Cuba.  Laura and I will continue to stand with the Cuban people for their freedom.  The Bush Center will continue to stand for the Cuban people’s liberty.  We will continue to stand with a great man with a mighty heart, Oscar Elias Biscet.”

Dr. Biscet received the medal and thanked President Bush saying, “The Presidential Medal of Freedom that President Bush awarded me in 2007 was a great gift of dignity offered by the American people through their president.”  He concluded his remarks by noting, “President Bush left a wonderful legacy for the people of Cuba.”  Dr. Biscet stated he intends to return the medal to its display at the Bush Center, explaining that he will not take it home to Cuba until his country is “free.”

Dr. Biscet, who was joined by his wife Elsa Morejon, was presented with the medal during a visit with President and Mrs. Bush at the George W. Bush Presidential Center in Dallas.  Dr. Biscet will return to Cuba and continue advocating for freedom and democracy through Project Emilia, an effort petitioning the government for constitutional reform and providing a platform to amplify dissenting voices against the regime.

A transcription of President Bush’s remarks can be found here. 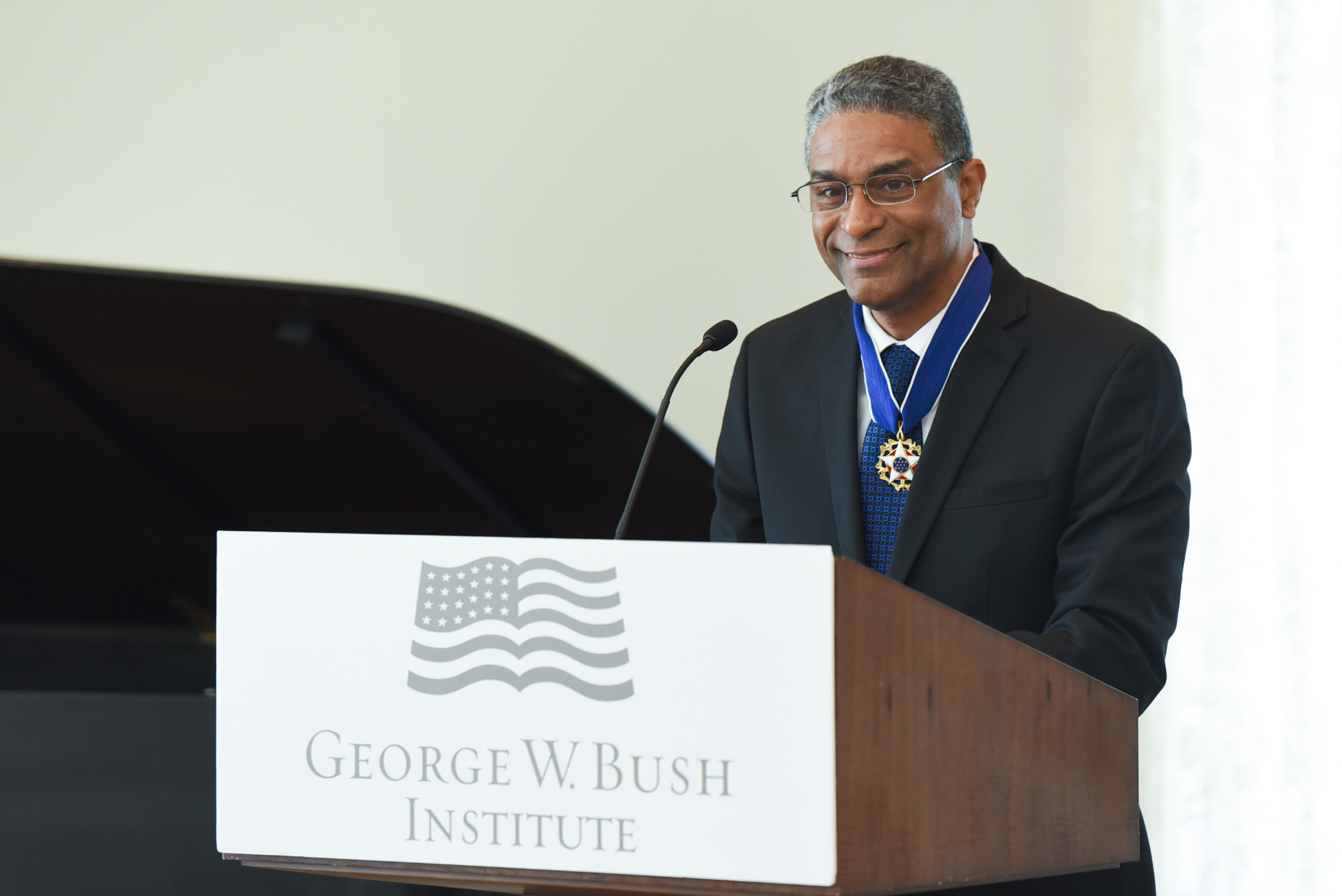