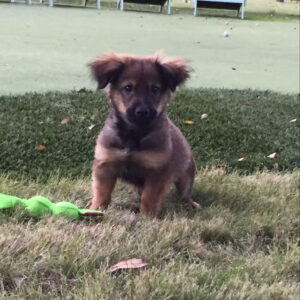 The newest member of the Bush family is Freddy the dog. President and Mrs. Bush visited the SPCA of Texas’ Jan Rees-Jones Animal Care Center in 2016 to thank them for their great work – and came home with a puppy. Even Bob and Bernadette are finding Freddy’s charm futile to resist.

If you could use a little extra joy in your life, consider adopting a pet from an animal shelter or rescue group. 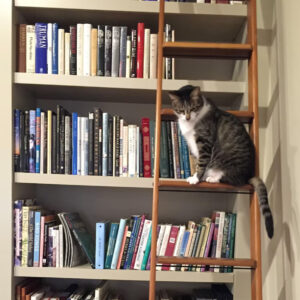 Bob the cat was found on the Bush’s ranch in Crawford and was rescued by President and Mrs. Bush in the summer of 2011. He enjoys chasing lizards and searching for the sunniest spot in the house to take long catnaps. 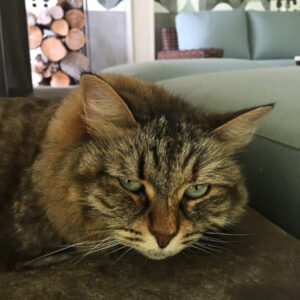 Bernadette “Bernie” Bush Hager is Jenna’s cat who lives with President and Mrs. Bush at their home in Dallas. Once an indoor city cat, Bernie now prefers to spend her days lounging outside on the Bush’s patio. 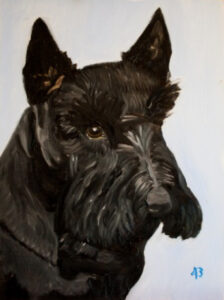 “Laura and I are sad to announce that our Scottish Terrier, Barney, has passed away. The little fellow had been suffering from lymphoma and after twelve and a half years of life, his body could not fight off the illness.

“Barney and I enjoyed the outdoors. He loved to accompany me when I fished for bass at the ranch. He was a fierce armadillo hunter. At Camp David, his favorite activity was chasing golf balls on the chipping green.

“Barney guarded the South Lawn entrance of the White House as if he were a Secret Service agent. He wandered the halls of the West Wing looking for treats from his many friends. He starred in Barney Cam and gave the American people Christmas tours of the White House. Barney greeted Queens, Heads of State, and Prime Ministers. He was always polite and never jumped in their laps.

“Barney was by my side during our eight years in the White House. He never discussed politics and was always a faithful friend. Laura and I will miss our pal.” 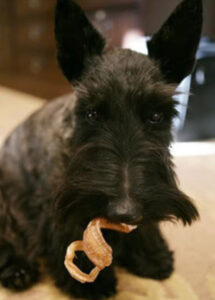 “This weekend our beloved dog, Miss Beazley, was put to rest after a battle with lymphoma. She was a source of joy during our time in Washington and in Dallas. She was a close companion to her blood relative, Barney. And even though he received all the attention, Beazley never held a grudge against him. She was a guardian to our cats, Bob and Bernadette, who — like Laura and I — will miss her.”