Education Is the Catapult Into the Middle Class

An Essay by Anne Wicks, Director of the Education Reform Initiative at the George W. Bush Institute

Education can help children struggling in poverty but only if school boards and policymakers work together to provide options and improvements in low-income school districts.

Americans have been solving for poverty – policy wise – for decades. We have been doing so to both put people on a firmer economic foundation and to grow the nation’s middle class.

Franklin D. Roosevelt’s New Deal focused on jobs and housing to help Americans navigate the Great Depression and leave destitution behind. Harry Truman extended the philosophy with his Fair Deal after World War II. Lyndon B. Johnson led the War on Poverty in the 1960s. While we no longer have the young men of the Civilian Conservation Corps on the U.S. government payroll clearing park trails or fighting forest fires, we do still have vestiges of 70- and 80- year old poverty-fighting policies in place, namely food stamps, Social Security, and Medicare.

LBJ, however, was the first president to include education in his platform to “not just to relieve the symptoms of poverty, but to cure it, and above all, to prevent it.” The Elementary and Secondary Education Act of 1965, since reauthorized multiple times (today’s incarnation is the Every Student Succeeds Act or ESSA), specifically directed resources to schools serving a high percentage of low-income students.

Unlike safety net programs, which often are needed to keep people from falling further behind, the focus on education as the means of moving people out of poverty was different. Education was seen as a catapult into the middle class.

Unlike safety net programs, which often are needed to keep people from falling further behind, the focus on education as the means of moving people out of poverty was different.

So, did this emphasis work? Is education truly an effective strategy to lift people up and out to more prosperous lives?

Research points to yes. People who successfully graduate from high school and complete some level of post-secondary education have higher rates of employment at higher wages than people with only a high school diploma or less. High-skill employees have more options in the job market.

Of course, we need a strong, stable labor force to compete globally. But America also needs strong, stable people to thrive locally. A parking ticket, an unexpected car repair, or an eviction can derail a person or family struggling to survive financially, often with compounding and hope-stealing consequences.

This reality was brought poignantly to life in a viral video of a Rhode Island courtroom, where a woman was on the verge of financial ruin and struggling to pay a few minor parking tickets. The scene is poignant for every person or family still struggling to recover from the recent Great Recession because high-skill jobs are out of reach for them.

Education most reliably offers a pathway to a more prosperous and self-determined life — a life where a young person has genuine choices about his or her future. Education accomplishes this when three elements are generally in place: Students graduate high school prepared academically for post-secondary study; students have been exposed to a world of possibilities that extends beyond their immediate environment; and students have adults who believe in his or her potential.

So, what is the problem? Why don’t we see a uniform and enthusiastic policy push to make sure that every child has access to a high-quality education?

The false dichotomy of solving for poverty vs. strengthening education is to blame. Some believe that the effects of poverty are too great – kids living in impoverished communities simply cannot learn successfully until we eliminate poverty itself. While we can never be blasé about the impact and complexity of poverty, we can also never be so overwhelmed by it that we do not act on behalf of children. Poverty will be solved for in steady increments, not in one fell swoop.

We know a great deal about what works for all kids, particularly our most vulnerable children. Schools led by a strong principal matter. A belief that all children can learn and succeed matters. Using data to understand the needs and achievement of every student matters.

We know a great deal about what works for all kids, particularly our most vulnerable children. Schools led by a strong principal matter. A belief that all children can learn and succeed matters.

The good news is there are examples around this country of children succeeding academically despite living in poverty. Those schools — and systems — are working because adults have decided to act, and children have opportunity thanks to that action.

We see this happening at the district level inSan Antonio Independent School District (SAISD) under the leadership of superintendent Pedro Martinez. At least 93 percent of SAISD students live in poverty. Many students have parents with limited education or English language skills. Martinez recognized that when nearly all of SAISD students live in poverty, he and his team must further disaggregate poverty data to identify where his most impoverished children live in order to meaningfully design a new approach.

Martinez also believed that infusing the district with many choices – including charters, International Baccalaureate, magnets, Montessori, dual-language immersion — would drive up quality and demand. His team developed a rigorous lottery system that ensures that SAISD students from each level of poverty, plus wealthier children from outside the district, are enrolled in each school, integrating each campus socio-economically.

Early results are remarkable and worth watching. SAISD now has waiting lists for some schools. Martinez is focused not only on graduating more students from high school and sending them on to college, but also ensuring that they graduate from college, something the Bush Institute highlighted in a case study earlier this year.

Success is happening at the school level in the Dallas Independent School District (DISD), too. Almost all children attending Edward Titche Elementary School live in poverty. For years, this campus was a chaotic place. Children were not on track. Principals quickly moved on to other campuses. In 2016, Titche became part of DISD’s Accelerating Campus Excellence  (ACE) initiative, an effort to bring the most talented educators and extra supports to the district’s lowest-performing campuses in the hopes of turning them around.

The school’s transformation, in just two years, is astonishing. The principal immediately focused on developing a positive school culture – improving not only the school’s appearance but also changing practices like how students were greeted each morning and how children walk down the halls.

Next came an intensive focus on teaching and learning. Assistant principals monitor student progress data closely, working with teachers to plan, teach, and intervene quickly.  In 2018, 44 percent of Titche fourth graders met the Texas state math standards, a 26 point jump over 2017. Students achieved a similar leap in reading, and all this just a year after the school was threatened with closure.

A recent reportreleased by TNTP describes in clear detail why quality schools matters so greatly – and it describes how too often it is the students of color living in low-income neighborhoods who have the least access to rigorous, quality schools. The students are often doing what is asked of them, but then they leave the system woefully underprepared for what is next.

Examples like SAISD's choice-and-integration strategy and DISD’s ACE program show that generational poverty is not a fait accompli. They demonstrate that families want quality, options, and hope – and that children can thrive when given the opportunity.

Examples like SAISD's choice-and-integration strategy and DISD’s ACE program show that generational poverty is not a fait accompli. They demonstrate that families want quality, options, and hope — and that children can thrive when given the opportunity.

Of course, assuming that education can fully compensate for the effects of poverty is naïve. The authors of The Other Wes Moore and Hillbilly Elegy  vividly bring to life how complex it can be to effectively support young people living, and often suffering, in poverty.

But education, when delivered in a high-quality way that reflects the specific needs and strengths of a community, can offer children a genuine pathway to a more prosperous self-determined future. A future that extends beyond a start in poverty, a future with choices and opportunities that can sustain young people and their families into the middle class and beyond. 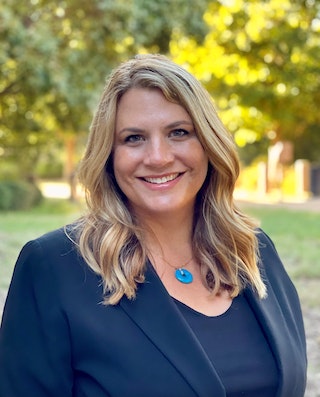