Expanding the Middle Class Requires Innovative Colleges, not Free Ones

An Essay by Holly Kuzmich, Executive Director of the George W. Bush Institute and Senior Vice President of the Bush Center

Colleges and universities have long been seen as a critical part of an education.  But the long-revered institutions face challenges as the needs of students — as well as financial models — evolve.

A lecture at the University of Texas at Austin.

Colleges and universities in the United States are at a crossroads. While the importance of a postsecondary education continues to grow, many institutions are facing significant financial pressures, and students are taking longer to graduate and doing so with increasing debt.

As the United States gears up for a 2020 presidential election, we will hear more calls for investments in financial aid and erasing student debt. Some solutions to these challenges can be found in public policy, but at their core, colleges and universities need to take an innovative approach to serving their students to prepare them for our economy.

There have been warning signs on the horizon that our colleges and universities are facing significant challenges. As the importance of a postsecondary education continues to grow, whether it be a four-year degree, a postsecondary certificate, or an associate’s degree, it’s important that more high school graduates are prepared for this work and getting further credentials. According to Georgetown University’s Center on Education and the Workforce, while two out of three entry-level jobs in the industrial economy demanded a high school diploma or less, two out of three jobs in the current economy now demand at least some education or training beyond high school.

Yet at the same time that the demand for postsecondary education is increasing, college enrollment has recently been declining. Undergraduate enrollment in the United States decreased by 7 percent between 2010 and 2016 (the latest date that national figures are available) from 18.1 million to 16.9 million students.

These decreases have occurred at colleges across the country, but they have been even more pronounced in the industrial Midwest and the Northeast. Decreasing enrollment is not felt evenly by type of institution, however. Elite private colleges and flagship public universities are doing just fine, but regional colleges are facing challenges. Loss of students means loss of tuition revenue and state support, further exacerbating any financial challenges that colleges and universities are facing.

Yet at the same time that the demand for postsecondary education is increasing, college enrollment has recently been declining….Elite private colleges and flagship public universities are doing just fine, but regional colleges are facing challenges.

Institutions of higher education are also facing diminishing financial support from the state. The financial support of states for higher education grew by only 1.6 percent from 2017 to 2018, which was down from a 4.2 percent increase the prior year. As states have faced budget shortfalls and competing priorities like Medicaid, higher education has often felt the effect. Eight in 10 undergraduates attend a public college or university, so state support is vital to their operations.

With shrinking enrollment and lackluster state support, it is no surprise, then, that the cost of attendance is up and student debt has increased. According to the College Board, in-state tuition prices among public universities grew by 35 percent over the past 10 years adjusted for inflation, with the average tuition and fees for state residents sitting at $10,230 for public colleges in the 2018-2019 school year. That cost increases to $35,830 for tuition and fees at private colleges.

Student debt is correspondingly rising at an alarming and unsustainable rate. The Federal Reserve reported earlier this year that outstanding student debt in the United States has reached an all-time high of $1.5 trillion, up from $600 million just 10 years ago. Student debt is often worth it, given the increased returns over a person’s lifespan in wages, but the rapid growth in debt is overwhelming our nation’s students and families.

As many as one in six graduates will leave school with debt that exceeds their income, which is a difficult amount of debt to ever fully pay back. It’s especially troubling for students who never earn a degree, as their incomes don’t see as much benefit from the debt they have taken on.

Student debt is often worth it, given the increased returns over a person’s lifespan in wages, but the rapid growth in debt is overwhelming our nation’s students and families. As many as one in six graduates will leave school with debt that exceeds their income, which is a difficult amount of debt to ever fully pay back.

In light of these difficult fiscal circumstances, more and more colleges are facing financial distress. According to Moody’s, the number of private college closures has risen to about 11 per year, and that rate is expected to increase in future years. Revenue from tuition and major gifts are not enough to overcome the long-term fixed costs that often exist.

These competing pressures are making the job of a college president more challenging. As a result, the length of time they are staying in their jobs is getting shorter. A 2017 study by the American Council on Education showed that the average tenure of a college president is now 6.5 years, down from 8.5 years in 2006.

Marylhurst University in Oregon closed in 2018.

Free college is not sustainable

Amidst these pressures, policymakers are proposing to make college free for all students or erase the student debt of college graduates. In the 2016 election, Bernie Sanders and Hillary Clinton both put proposals on the table to make college free, and we’ll likely hear about it in the upcoming 2020 presidential election.

These can sound like tempting ideas, especially for younger generations who are struggling with college costs and debt, but paying for such lofty proposals is a major roadblock. Taking on that level of public support is unsustainable, especially in the current fiscal environment where other costs such as health care are rising and crowding out support for education.

There also needs to be an element of caution as we shouldn’t rely on taxpayers to pick up the entire burden of rising costs in higher education; this must be a shared responsibility. While lower levels of state support have certainly played a role in higher costs, they aren’t the only cause.

Amidst these pressures, policymakers are proposing to make college free for all students or erase the student debt of college graduates.... These can sound like tempting ideas, especially for younger generations who are struggling with college costs and debt, but paying for such lofty proposals is a major roadblock.

Innovators are showing the way

With these tough times comes more responsibility for strong leadership at colleges and universities. Luckily, we have several examples of college and university presidents who are leading the way on innovation at their institutions. They are managing costs and putting their colleges on good financial footing. Even more importantly, they are better serving students and preparing them for life after college.

Purdue University, and its president, Mitch Daniels, have gained significant attention for the tuition freezes that are keeping costs in check at this public university in West Lafayette, Indiana. Since his arrival in 2013, Daniels has brought to the university his budget management skills that he honed as President George W. Bush’s Director of the Office of Management and Budget and Governor of Indiana. Tuition has been frozen, with in-state tuition and fees costing $9,992. Those costs have stayed flat since 2012 and will remain in effect until at least the 2019-2020 school year. That’s unheard of in higher education.

Daniels has been able to freeze tuition by finding savings efficiencies in small ways that add up to significant savings throughout the budget. He’s been quick to take responsibility for keeping college affordable for students, instead of solely putting the blame on others.

He has also led Purdue to purchase Kaplan University, the formerly for-profit online university, in what many consider a controversial move. It has now been rebranded Purdue Global, allowing the university to expand its reach to thousands of adult students across the country and around the world.

Instead of building their own platform for online education, Purdue made the innovative decision to leverage a platform that was already in operation. While it remains to be seen whether this will drive increased student outcomes in the future, Daniels is one of the few higher education leaders who would have executed such a project.

On the south side of Dallas, President Michael Sorrell at Paul Quinn College is building an innovative work program for his student body to better prepare them for life after college. When Sorrell arrived at Paul Quinn College in 2007, it was on the brink of closure. Sorrell has almost single-handedly turned the institution around.

Fortune has termed Michael Sorrell, president of Paul Quinn College in Dallas, one of the top 50 global leaders for his role in reinventing his school. The historically black college faced a likely closing until Sorrell turned it around with a new urban college model. He recently spoke with The Catalyst about that model.
Read more

He has implemented an urban work model for students that integrates a job with higher education, thereby reducing tuition and fees for students and average student debt loads and preparing students for careers. That practical model benefits students and has also put the college on a more sustainable financial footing.

Georgia State University, a public university in Atlanta, has intensively used data and predictive analytics to track student progress and improve outcomes. Mark Becker, the university’s president, has put in place a vision for the institution and a plan to ensure that working-class students not only enter the university, but graduate with a degree on time. Its graduation rate has gone from 32 percent in 2003 to 54 percent in 2017. Students graduate a semester faster, which saves students money and prevents students from dropping out.

The hard work of updating the model

Each of these colleges and universities — and their leaders — have taken an innovative approach to serving students. They have also done it with cost in mind, gaining the added benefit of putting their institutions on better financial footing.

Unfortunately, too many other colleges and universities have not done the hard work of adapting and updating their model and are passing along their costs directly to students in the form of rapidly-rising tuition and increased student debt. Without that level of innovation at their campuses, they’ll face even more financial challenges.

As the cycle continues, candidates for office will continue to be tempted to support proposals to make college free for students. But with rising costs at both the federal and state levels on entitlement programs such as Social Security and Medicare and costs such as health care and pensions, we’re a long way from having the resources available to enact those proposals.

Hopefully we will see more colleges and universities like Purdue, Paul Quinn College, and Georgia State lead the way. 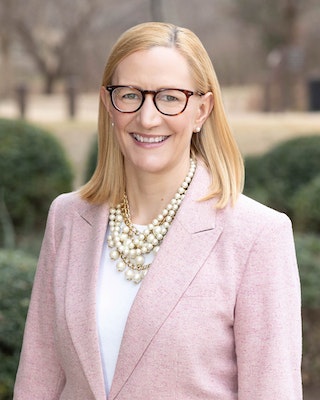