Revitalizing American support for democracy and human rights in the 21st century. A Call to Action by Nicole Bibbins Sedaca

“The success of freedom rests upon the choices and the courage of free peoples.”
– President George W. Bush –

Encouraging democratization and respect for human rights globally are essential to advancing American values, as well as security and economic interests around the world. The values that underpin democracy and human rights are not just American values — they are universal ones.

This Call to Action urges a wide array of actors in American society to redouble their efforts to support democracy and human rights globally for the prosperity, stability, and well-being of our own country; for democracies around the world; and for people living under authoritarian rule.

A Look Back: American Historical Support of Democracy

Since the 1970s, democracy and human rights have played a key role in the formulation of American foreign policy. At the height of the Cold War, as the Vietnam War drew to a close and the United States saw significant human rights progress at home through the Civil Rights Movement, American civil society actors began to look more intensively at how American foreign policy aligned with the values enshrined in foundational American and international documents. These activists pushed the American government to ensure these values were reflected in our foreign policy.

Because we are free, we can never be indifferent to the fate of freedom elsewhere. Our moral sense dictates a clear-cut preference for those societies which share with us an abiding respect for individual human rights.”
PRESIDENT JIMMY CARTER, 1977 INAUGURAL ADDRESS

Simultaneously, the United States has at times supported dictators or nondemocratic movements, periodically compromising these values for economic or security interests. Those compromises have been counterproductive and strategically unwise, as well as morally wrong.

Throughout American foreign policy, what has been consistent, however, is the inclusion of democracy and human rights as part of American foreign policy; a bold, relentless, and active civil society community; and a mobilized American citizenry that has demanded American action. And when the United States has led on these issues, other democracies have followed this lead.

“The objective I propose is quite simple to state: to foster the infrastructure of democracy, the system of a free press, unions, political parties, universities, which allows a people to choose their own way to develop their own culture, to reconcile their own differences through peaceful means.

“…(i)t is time that we committed ourselves as a nation — in both the public and private sectors — to assisting democratic development.”
PRESIDENT RONALD REAGAN, WESTMINSTER, 1982

At the heart of the American movement for fostering democracy and protecting human rights abroad has been American civil society organizations and citizens. From the 1941 founding of Freedom House to the founding of the National Endowment for Democracy in 1983 and its four core institutes to the hundreds of other active civil society organizations which have valiantly raised awareness, lobbied for policy change, supported activists, and refused to be silenced in the face of at-times overwhelming nondemocratic forces, American civil society has been the engine behind America’s presence and policies on these issues.

Today, we face challenges to this tradition. Nonetheless, American civil society and its engine for good remain unchanged. Likewise, the case for democracy remains equally compelling, and the need for all sectors of American society to join the fight is equally needed.

A Look Ahead: The Expanded Case For Supporting Democracy and Human Rights

The historic case for the support of democracy endures. America’s security and economic interests are best advanced in a global order predicated on democratic values — the rule of law, transparency, civilian-controlled institutions, and human dignity — with stable democracies as partners. These democratic allies provide more security across the globe, are better economic partners for the United States, and seek to protect human rights and the democratic values upon which the United States was founded.

The greatest security threats in the world — and specifically to the United States and its interests — continue to originate from nondemocratic governments, including China, Russia, Iran, and North Korea, and regional destabilizers such as Venezuela and Saudi Arabia. While terrorism knows no boundaries, the vast majority of terrorists emanate from nondemocratic countries where violence is their chosen weapon of expression.

Similarly and simply, our core foundational values are protected only through the promotion and defense of democracy and the preservation of human rights.

For as long as whole regions of the world simmer in resentment and tyranny — prone to ideologies that feed hatred and excuse murder — violence will gather and multiply in destructive power and cross the most defended borders and raise a mortal threat. There is only one force of history that can break the reign of hatred and resentment and expose the pretensions of tyrants and reward the hopes of the decent and tolerant and that is the force of human freedom.”
PRESIDENT GEORGE W. BUSH, 2005 INAUGURAL ADDRESS

While these age-old truths endure, current events or perceptions that appear to challenge the importance of democracy and human rights often obscure or undermine these truths. The following developments have contributed to this skepticism. Ironically, each issue highlights the increased — not decreased — relevancy of democracy and human rights in our current context.

In order to challenge American leadership, moral and security interests, and economic priorities, China and Russia are actively seeking to challenge the United States and shift the global order away from democratic values, rules of transparency and openness, and respect for human rights. Establishing and maintaining themselves as global leaders require them to consistently challenge democratic values and institutions, American leadership, and a democratic global world order in which human rights flourish.

Russia’s active engagement in undermining democratic elections and institutions in new and established democracies, as well as their military engagement in Ukraine and Syria are part of these efforts. China is also seeking to use its economic power to align developing countries to its agenda and use existing global institutions — or create new ones — to roll back the democratic order, plus extend its reach and philosophy into American universities and businesses within mature democracies.

The economic struggles of some newer democracies have strained democratization efforts and public backing. In countries where economic development has been slow or difficult, citizens have at times lost patience with democratic processes, which can be slow in delivering changes on needed but challenging reforms. A 2018 Pew Research Center poll indicated a strong link between citizens’ concerns about economic growth and assessment of democratic performance. For instance, the report showed that in Hungary (where democracy is in significant decline), eight of every 10 people surveyed who said the country’s economic situation was poor were also unhappy with the country’s democratic performance.

Meanwhile, China’s aggressive economic expansion, combined with its illiberal and often corrupt engagement in developing nations is seen as an alternative means of economic growth free of the perceived pitfalls of democratic development.

Where Western democracies experience the rise of populist leaders and undemocratic sentiments and movements, skeptics have questioned democratic systems that produce illiberal outcomes. While concerns about these populist trends are valid, the most effective counter to the damaging effects of unbridled populism is strengthened democratic institutions. Such institutions provide a systemic check on illiberal impulses of leaders or undemocratic groups and a vehicle for citizen engagement and protect minority rights under majority rule.

2019 saw continued conflict and displacement in Syria, violent ethnic attacks in Burma (also known as Myanmar), crackdowns in Venezuela, Uighur concentration camps in China, and ongoing ethnic strife in South Sudan, to name only a few sites of massive human rights violations. It is not coincidental that these abuses occur in nondemocratic countries where basic human rights are not protected and there is a lack of democratic institutions to restrain the use of violence.

American military engagement in Iraq and Afghanistan is falsely perceived to have been waged in order to promote or impose democracy. This misperception has also led to calls for the United States to stop supporting democracy overseas, because American democracy assistance is incorrectly interpreted as military intervention. Younger generations, which are more familiar with these wars than with the longer arc of historical democratic developments, are more skeptical about democracy support as a concept.

For those who have long opposed the United States’ role in state building, it is important to differentiate between that comprehensive effort and supporting democratic institutions at the behest of the local populations.

How to Talk about Democracy

The changing global environment requires a refreshed message and expanded body of messengers.

The aforementioned case for democracy remains and should be complemented with the following points:

Through its history, the United States has often been an active support of democracy outside its borders.

Throughout much of the 1980s, the United States government and civil society, particularly the AFL-CIO’s early support for the Polish labor movement, Solidarity, provided invaluable support to the courageous activists who fought Soviet occupation. Radio Free Europe broadcast crucial information to activists about developments in the West, democracy globally, and support for human rights. This external support played a key role in Poland’s democratization.

The United States has supported Kenya’s democratization, including through political pressure from Congress and the executive branch when Kenyan officials committed human rights abuses and through support for Kenya’s first democratic elections in 2002. The United States has provided assistance for Kenya’s continued democratization and opening of space for civil society through election support, civil society programs, and other aid.

As courageous students and activists took to the street to protest China’s proposed extradition legislation in 2019, the United States government and civil society stood in support of their efforts. Congress passed the Hong Kong Human Rights and Democracy Act that imposes sanctions on those violating human rights in Hong Kong. American NGOs and activists have been vocal in providing support and continued focus on the efforts to roll back China’s undemocratic influence in Hong Kong.

After decades of a brutal apartheid system, South Africa made courageous strides to correct its abusive and segregated history, ultimately ending the system in 1994. International pressure — including strong and vocal engagement from American universities, Congress, businesses, and eventually the executive branch — was a significant factor in South Africa’s decision. Prompted by strong civil society pressure, Congress passed the Comprehensive Anti-Apartheid Act of 1986 and numerous American businesses divested from South Africa, sending the strong signal that the United States stood with those in South Africa seeking democracy and a full protection of their human rights.

Voices of Freedom from Around the World

The Freedom Collection is an archive of video interviews that document the struggle for human freedom and democracy. Meet some of the men and women from around the globe as they share their stories — and why it’s so important for the U.S. and the world to support freedom. 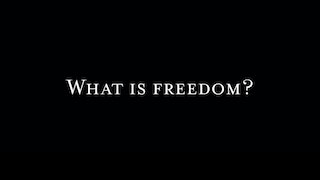 Overview: What is Freedom? 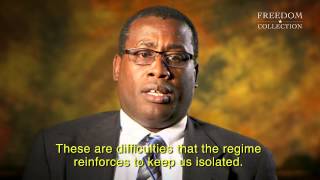 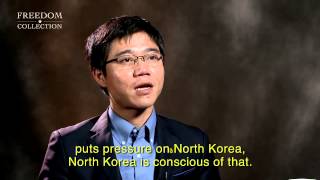 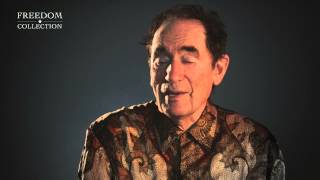 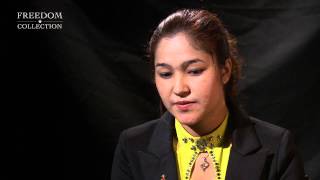 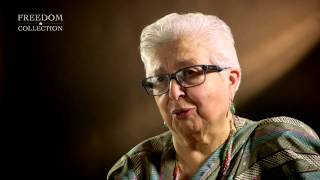 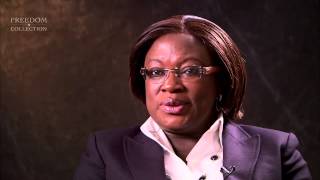 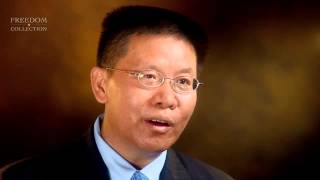 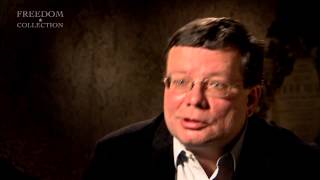 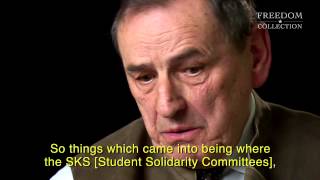