The United States has been engaged in Afghanistan for nearly two decades. It would be a grave mistake to disengage without a clear roadmap for peace that protects hard-won gains — leaving women and girls particularly vulnerable to extremists.

The United States has been engaged in Afghanistan for nearly two decades. It would be a grave mistake to disengage without a clear roadmap for peace that protects hard-won gains — leaving women and girls particularly vulnerable to extremists.

When the Taliban took control of Afghanistan in 1996, the country suffered the devastating effects of war for more than 20 years. The infrastructure was badly damaged, and basic necessities like food and clean water and access to housing and health care were scarce. More than a quarter of children died before their fifth birthday – the highest infant mortality rate in the world – and by 1998, 98,000 families were headed by widows.

Tyrannical rule by the Taliban exacerbated the country’s challenges, especially for women and girls. They were brutalized, isolated, and marginalized. From the age of eight onward, girls and women were barred from appearing in the streets without a male blood relative and without being fully covered by a burqa . Some ground and first-floor residential windows were screened or painted over so that women would not be visible from the street, and access to news via radio, television, and newspapers was banned.

WE ARE AFGHAN WOMEN: STORIES OF HOPE 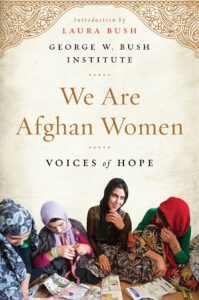 A compilation of stories providing portraits of accomplished Afghan women from all walks of life.

Learn More and Order the Book 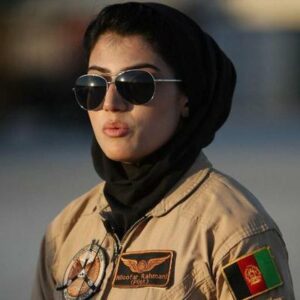 Listen to Their Podcast Episodes

Education came to a halt for many children and all girls. Women were banned from employment, which had a devastating effect on household incomes, contributing to citizens falling into poverty and despair. The Taliban allowed Afghanistan to become a haven for terrorists who instigated the 9/11 attacks.

The United States became engaged in Afghanistan in 2001, and has continued that engagement for the past 18 years, in part because our national security depends on Afghanistan’s stability.

In the nearly two decades since the fall of the Taliban, Afghanistan has been successful in building democratic institutions and the rule of law, infrastructure that supports its people, and a sustainable economy. Women and girls have made substantial gains in the areas of education, health care, economic inclusion, and civic and social life. Today, more girls are attending school and women have greater access to health care, and are voting, running for office, starting businesses, and entering the workforce.

But remaining challenges must be overcome in order for the Afghan people to expand and cement these gains — the United States must not abandon Afghans in their march forward. Violence, poverty, and oppression breed conditions that lead to instability and extremism. And Afghanistan cannot succeed if half of its population, namely women and girls, are dehumanized and marginalized. 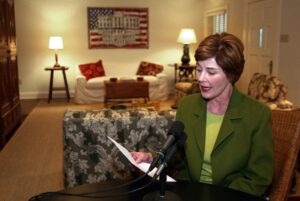 In 2001, Mrs. Bush delivered the President’s Radio Address — the first for a first lady—and directed attention to the Taliban’s oppression of women.

Read the Interview and Hear the Stories

“With grit forged over decades of conflict, these businesswomen are vital to building a strong and lasting foundation for their country.”

Read the Op-Ed in USA Today

Some people are frustrated about the U.S.’s involvement in a prolonged and costly conflict, and that sentiment is understandable. However, it would be a grave mistake to withdraw the remaining coalition without a clear roadmap for peace that protects nearly two decades of hard-won gains. For Afghanistan to be a peaceful nation, more must be done to improve security and promote social, political, and economic development.

Afghanistan still needs our support. Afghan defense forces require further training to ensure they can provide security for their people. Additionally, we must sustain support for the country’s infrastructure, institutions, and citizens. Without this aid, the country could return to tyranny, leaving women and girls particularly vulnerable to decisions made by extremists. 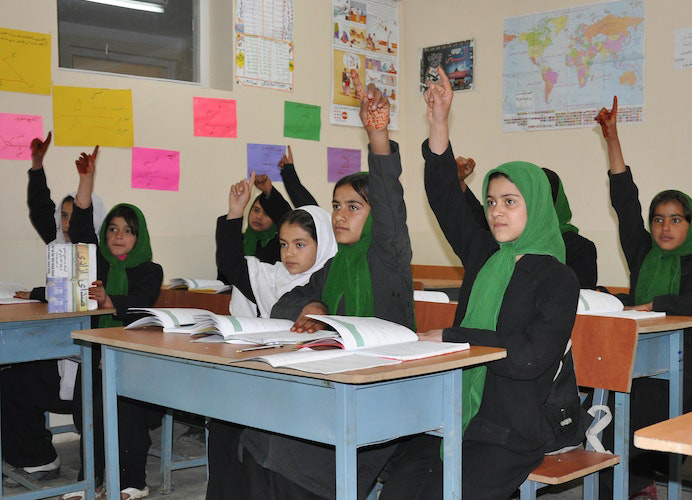 Continued U.S. support of the Afghan National Defense and Security Forces (ANDSF) is imperative.
Time, commitment, and continuous training are necessary to develop and sustain an effective, efficient security force. Afghanistan is only part of the way there and needs significant backing to keep Afghans safe and achieve peace.

The U.S. and international community must continue to support and fund sustainable development in Afghanistan aligned with national-level policies and priorities.
Women and girls have made significant strides, but those laudable achievements are at stake if the United States drastically reduces its foreign-assistance funding before they are consolidated and permanent.

Afghan women must be active and integrated participants in any peace talks and the implementation of any agreement made with the Taliban.
Women’s inclusion in peace processes ensures effective progress; without women, agreements are likely to dissolve. Women must be central to the peace negotiations and press the Taliban on its commitment to a pluralistic society that elevates all Afghans, regardless of gender.

If Afghanistan is to succeed, certain conditions must also exist to ensure security and stability for Afghans. Those conditions include maintaining constitutional order, respecting the rights of all Afghan citizens, defeating resurgent extremist forces such as the Islamic State or other actors committed to violence, and sustaining effective institutions accountable to the people. These conditions cannot exist without advancing and supporting gender equality.

The Afghan people — and women in particular — must not lose political and economic freedoms, access to education and health care, and other important achievements that have been attained since 2001. They have proclaimed that they will not go back to the way things were. We must stand by them.

A TIMELINE OF CONFLICT AND PROGRESS: AFGHANISTAN SINCE 1973