Traumatic Stories Play Themselves Out Across America’s Schools

The week before the 2016 Thanksgiving holiday, I was visiting a Memphis middle school that I oversaw as part of Tennessee’s Achievement School District. As I stepped out of the crisp morning air and into the lobby of the building, I was greeted by the faces of many smiling students and the team members who worked there. “Hey, Mr. Ware!” “Good morning, Mr. Ware!” “There goes that man again.”

Who is this student?

The former principal in me was taking it all in. Only a few years before, the campus had been named Tennessee’s worst performing middle school. And it had spent years in the bottom 5 percent of all Tennessee schools.

On this day, I saw the student work displayed on the walls. The new school credo prominently painted on the lobby floor. Parents were in the office chatting with staff and fixing a cup of coffee before they headed to their jobs.

I saw students with perfectly-ironed clothes and fresh haircuts, and I saw students with several-weeks old stains on their shirts and shoes that were held together by duct tape. I was absorbing all of the sights and sounds that had become such a part of my daily existence over nearly two decades of public service, and then that ever-present principal radar honed in on a conversation.

From the far end of the lobby I heard a teacher say, “Hey, I told you to stop laughing so loud.  We need to use inside voices. People are working in the office.” The student said, “Okay, okay, Ms. Finn, I got you,” while continuing loud laughter.

As the group walked my direction, I locked eyes with the young man who was holding his mouth shut in an unsuccessful attempt to trap his sounds inside. The hood of his jacket was on his head while the rest of the jacket hung loosely over his shoulders like a super hero’s cape.

“Sir,” I said, “didn’t your teacher just ask you to be quiet.” “Yes sir, but I can’t stop laughing,” he responded loudly. “Step out of line and wait for me over there,” I said, motioning towards a column in the middle of the lobby.

Suddenly, the child’s face twisted with rage. “What! I didn’t even do anything to you, bro!”, he fumed.

With both hands he grabbed his jacket that had been draped over his shoulder and slammed it to the ground. He stormed to the opposite end of the lobby and began punching the cinder block walls as hard as he could. He then leaned against the wall and slumped to the ground, collapsing in a heap on the floor, chest heaving and eyes wide with anger. Something isn’t right, I thought. This type of explosive response to a simple direction was raising all types of red flags.  What in the world is happening right now?

I told the teacher to continue taking her children to the classroom and I would address this scholar myself. I walked over to him and said, “I don’t think we’ve met, my name is Mr. Ware.  What is your name?” No answer. “What’s your name, son?” Silence. I waited. Seconds later he stood up, staring blankly into the distance while his eyes began to water. Still, no answer.

Out of the corner of my eye I saw a social worker, placed at the school by one of our partnering organizations, walking toward us. “Octavious,” Mr. Shepherd said, “didn’t we talk about different ways to channel your anger.”

I saw an almost imperceptible nod. Tears began to roll down his face. Why do I know this name?  I don’t remember meeting him before. “Do you need some time in my office? We can just take some time upstairs and get you ready to get back to class. Is that ok?”  “Yes sir,” he whispered, while wiping the tears from his face. “Ok. Let’s do that. Mr. Ware, is it alright if he comes with me? I can help him right now and I’ll be sure to follow up with you.”

“Not a problem.” I replied. To Octavious, I said, “Son, I hope your day goes better. We’re here for you.” He looked at me, somewhat confused and mumbled a barely audible, “thank you.”

Where do I know Octavious from? The name is ringing all kinds of bells, but I don’t recognize his face. “Let’s go Mr. Washington,” That’s when it hit me. I know who Octavious Washington is. The realization stopped me cold.

The Friday before, Octavious’ mother had been shot and killed about a block away from her house. It turned out she was the victim of sex trafficking and was shot in the head by her pimp in a dispute over money.

Octavious, still reeling from the violent loss of his mother, was in school on Monday, just three days after his mother’s murder. “I just need to be here with you all,” is what he allegedly told his principal. Here he is, several days later in the middle of a full emotional breakdown. What are we supposed to do now?

Octavious is not alone

This story is important because, sadly, Octavious, whose real name I am not using in this essay, is not alone. The National Child Traumatic Stress Network estimates that a full 25 percent of children in the U.S. will experience a traumatic event before the age of 16. The National Survey of Children’s Health reports that nearly half of the nation’s children have experienced one or more types of serious childhood trauma.

That second figure translates into nearly 35 million children entering our nation’s schools each day impacted by trauma. They often have little or no means of navigating their challenges.

While Octavious’ trauma was extreme, the symptoms and behaviors associated with varying degrees of trauma pose significant challenges to educators. As we think about ways to improve schools in local communities, especially those in high-poverty neighborhoods, we need effective strategies to deal with the consequences of trauma.

As we think about ways to improve schools in local communities, especially those in high-poverty neighborhoods, we need effective strategies to deal with the consequences of trauma.

To be sure, chronically underperforming schools like the one I was visiting that day also need smart academic strategies. Those include recruiting, developing, and retaining strong principals and teachers, especially those who are excited about transforming chronically underperforming schools. I have made that argument myself. But I have yet to walk onto such a campus in which high levels of student trauma are not present. Dealing with that reality is often the first barrier to greater academic success.

In simple terms, many of these children don’t trust the adults in the school, their emotional responses don’t match the stimuli, they see the worst in situations and people, and they often struggle to control their behavior.

In the face of widespread trauma, some schools are making radical changes in how they train and support team members. The behaviors are disruptive, inappropriate, and counter-productive to a school’s aim, but consequences alone are not the solution.

I have yet to walk onto such a campus in which high levels of student trauma are not present. Dealing with that reality is often the first barrier to greater academic success.

Suspending students for having outbursts associated with trauma makes about as much sense as suspending a scholar with dyslexia for “refusing to read correctly.” No number of days of  suspension will result in Octavious “reflecting on his behavior” or “making better choices next time.”

Strategies that make a difference

But there are strategies that make a difference in communities, and some schools are pursuing them. They include:

Building a shared understanding on the team
Schools are providing comprehensive training to their entire staff and partnering organizations about the symptoms and causes of trauma, and the recommended ways to deal with behaviors that stem from trauma.

Creating a safe environment for children
Adults in schools are ensuring that each child feels physically, mentally, academically, and psychologically safe.

Affirming the assets of and the leadership within the community
Campuses identify, recognize, and support the leaders and organizations in the community that provide the supports and inputs that children need in order to succeed.

Embracing a shared accountability amongst the team for each child’s success
School teams work collaboratively and collectively to create a network of support for impacted children.

Becoming flexible enough to meet the children’s changing needs
School leadership teams are becoming more proactive in understanding when and where events are happening in their communities that can produce trauma. They then plan ways to respond within the walls of the school.

As an example of what this looks like, a Memphis principal decided to revamp the school’s entire approach to creating a culture of learning and achieving after the leadership team discovered disturbing research. It showed that black girls were disproportionately disciplined for behaviors that result from emotional trauma. They were six times more likely to be suspended or expelled than girls of any other race.

The principal first got the entire school team to participate in training so they could more readily identify symptoms of trauma. Then they were trained on how to support children who have suffered from abuse or neglect.

Second, they created gender-based advisory groups. Research shows that girls who survive an adverse childhood experience are much more likely to talk about it in an all-girls setting.

Third, they committed to learning about the restorative justice models of addressing misconduct that focus on creating support and empathy for misbehaving students. This approach emphasizes that the process of “restoration” to the community is as important as the consequence that flows from an action that harms the learning environment.

Within three years, the school’s effort paid huge dividends. Overall suspensions were down 66 percent. Notably, these efforts even proved effective with students who entered middle school with long track records of suspensions and expulsions.

Campuses implementing these types of practices are referred to as trauma-informed schools. We need many more of them with the resources and will to adapt to today’s challenges. While working tirelessly to support this evolution of our educational institutions, I also will pray for children like Octavious. As the poet Ina Hughs wrote in We Pray for Children, their monsters are real and their nightmares come during the daytime. 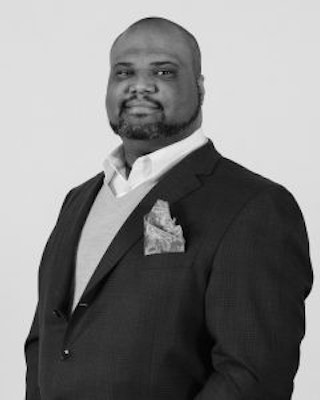