Community is a Place and a Perspective

An Essay by Tom Melia, Washington Director of PEN America

Communities of all types exist: rich and poor, near and afar. Community is defined not just by the physical proximity but also by the shared values.

We often think of “community” as a place, which of course is true. In towns and cities, people share space — usually inhabiting a piece of land together. The Latin root of the word also means “sharing in common,” which can mean holding a shared belief or pursuing a common interest or perspective.

I have been fortunate to see the world in both dimensions. Having traveled to more than 100 countries for work, study, and adventure, I have often enjoyed wandering thorough exotic and interesting towns and villages, as well as the neighborhoods of cities big and small.

Some have been quite pleasant and welcoming, like mountain villages in Bavaria or irrigated farm fields in Afghanistan’s Logar Province. (I lived in Germany as a child, in the self-contained communities of post-war American military bases. Much later, I traveled outside Kabul in 2002, after the repressive Taliban had been driven from power and a kind of normalcy was returning.)

One can often measure the vitality of a place and its people by the nighttime buzz. They might be teeming with life around the clock, as in Lisbon and London as well as Dhaka in Bangladesh. Or they might be quiet as a cemetery, as Prague was back in the last years of communism when I visited before 1989, or as Dushanbe in Tajikistan remains today.

One can often measure the vitality of a place and its people by the nighttime buzz.

As readers, we can travel even farther afield through time and space, visiting grim and gruesome places we would likely not know otherwise. For instance, in her marvelous new book, Amity and Prosperity, Eliza Griswold tells the tale of two tiny towns in southwest Pennsylvania bearing those names, and of the fierce attachment to broken-down homes and failed farms by the struggling Americans who live there, and who become divided over the promise of windfall wealth, and the threats to their health, that comes to town with the fracking industry. In a somewhat different vein, The New York Times reported this month about the very rough justice meted out in Mosul, Iraq when the brutal Islamic State held power for several years until its recent liberation. No matter how difficult life can be, sometimes people just want to stay close to home, usually meaning family, or cannot escape.

Of course, many people have no choice but to live in desperate situations. One of the most widely-shared residential experiences in the world today is to live in an impoverished shanty town on the outskirts of a major metropolis.

One of the most widely-shared residential experiences in the world today is to live in an impoverished shanty town on the outskirts of a major metropolis.

The favelas of Brazil or the barrios of Mexico can look and feel a lot like the slums of India, where millions of families struggle to survive on pennies a day. They lack indoor plumbing or reliable electricity, usually go without official streets or addresses, and often live within walking distance of gleaming high-rise office or apartment buildings.  (Sadly, the same conditions exist in some colonias in South Texas.)

In the Philippines these neighborhoods are called barangays, the native Filipino Tagalog word for a village. When I visited some of these barangays last year, in the city of Navotas — a highly urbanized city in its own right that is also a part of Metro Manila — I was struck by vivid juxtapositions. The barangays were simultaneously cozy and perilous.

There was the immaculately-tidy church of the parish priest who took us on a walking tour and the dirty hovels in which people crammed their families under wobbly roofs in the rain. There were dirty, barefoot children zigzagging happily through unpaved shantytown alleyways and the anxious faces of their parents with whom we spoke.

These fragile villages-within-a-city were, and remain, imperiled by President Rodrigo Duterte’s murderous “drug war.” By the end of last year, Human Rights Watch calculated,  more than 12,000 drug suspects had been killed. Often the dead were not drug dealers at all, but drug users with meager prospects of finding help with their addictions.

There are other kinds of communities, some stretching across borders and uniting like-minded men and women who share something in common beyond location. A powerful example is the bond that law enforcement officers share around the country, knowing they encounter similar challenges no matter where they live and work. Or, more playfully, there are the scattered devotees of a band, like the Grateful Dead or U2.

There are other kinds of communities, some stretching across borders and uniting like-minded men and women who share something in common beyond location.

I was reminded of this definition of community in June at a gathering of men and women concerned about the current global demise of democratic performance and the disappearance of U.S. leadership from the world order long championed by Washington.

We met in Portugal, at the annual Estoril Political Forum, which brings together democracy advocates and activists from around the world. Here, people whom I had never met, from two dozen countries, spoke knowledgeably and passionately about American leaders over the years, and Alexis de Tocqueville’s depiction of our democracy. A Portuguese undergraduate attending the conference cited this passage from Democracy in America: “Democratic communities have a natural taste for freedom: left to themselves they will seek it, cherish it, and view any deprivation of it with regret.”

This was truly a community of the like-minded, yearning for the return of U.S. leadership to the trans-Atlantic alliance. A broad group of Republicans and Democrats and independents in the United States had recently issued a Declaration of Principles that similarly called for the return our country to leadership in defense of democracy and prosperity.

An ocean away, far from my current hometown in Maryland, I felt also at home, part of a community with whom I share a worldview — one that aspires to a world based on free peoples, living under just laws, open borders, and free trade. It was noteworthy that virtually all of the participants were not governmental officials; the center-of-gravity of the trans-Atlantic democratic community appear to have decisively shifted recently from officialdom to civil society — to writers and journalists, educators and scholars, business people and religious leaders.

On the trip back, I realized that communities are constructed — and not just by engineers, architects, and builders. 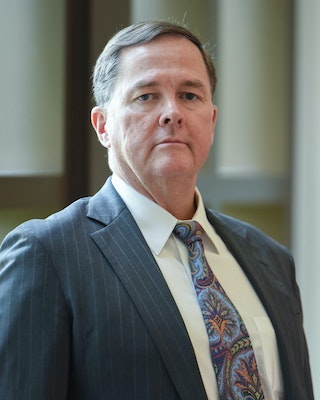