The Roots of Economic Opportunity Are Local – In Our Homes, Work, and Communities

An Essay by Abby McCloskey, Economist and Founder of McCloskey Policy

The breakdown of our connection to one another lies at the root of many of our national issues.  How can we restore a sense of community in our daily lives?

Traditional places of support and connection – family, work, and neighborhoods – have weakened in many parts of the country, often to considerable consequence. Indeed, some of the biggest challenges our country faces – from stagnant economic opportunity to the opioid crisis to rising mortality rates and political polarization – can find their roots in the breakdown of family, work, and community, our connection to each other.

Traditional places of support and connection – family, work, and neighborhoods – have weakened in many parts of the country, often to considerable consequence.

Consider what’s happened to the family. The American family has undergone a dramatic transformation in the last 50 years, with nearly one in three children raised in a single parent household, up from 13 percent in 1968. The breakdown of the family consistently emerges in the research as the main driver of poverty and low upward mobility, explaining the entire increase in poverty from the 1980s to 2004, according to one researcher, and the strongest correlate of upward mobility, according to others.

Consider too our weakened connection to work. A historic share of Americans in their prime are no longer working; among men, comparable to the work rates of during the Great Depression, according to American Enterprise Institute (AEI) scholar Nicholas Eberstadt. In this, not only is opportunity lost – because of course one must be on the economic ladder to climb it – but a greater sense of purpose and connection to something bigger. The resulting aimlessness is evident; half of American men not working take pain medication daily.

And then there are our neighborhoods, which instead of a community of support, can at times be the source of the problem themselves. If you are born in the bottom fifth of the income distribution in Atlanta, Georgia, your chances of rising to the top fifth are less than 1 in 20, whereas if you were born in San Jose, California, your chances rise to better than 1 in 8. Even within metropolitan areas, there are significant differences in opportunity county by county, neighborhood by neighborhood, suggesting that there’s something about the community itself – its culture, its people, its layout that impacts our outcomes.

This is our social fabric – the ties to each other – that are not serving each other as well as they used to. The question is what can be done about it. In many cases, the connection may have been crowded out by too much government involvement. In other cases, too little attention has been paid to those left behind. One way to calibrate towards the center is to aim for public policy to protect and grow the space for individuals and communities to thrive at their most local levels.

One way to calibrate towards the center is to aim for public policy to protect and grow the space for individuals and communities to thrive at their most local levels.

Strengthening the connections between us is of course no easy task and there are no easy answers, but there are certainly a range of options to consider. When it comes to families, government and employers could better support families and create space for parents and children to be together. That includes through expanded periods of paid leave upon the birth of a new child or workplace flexibility.

But we also need a cultural shift. Researchers on both sides of the political aisle agree that promoting the sequence of “school first, then work, marriage, and children” would improve well–being for parents and children. And they have proposed national public campaigns to do so. Far better for such a message to come from someone with who there’s a relationship, a teacher, a family member, a friend –  which requires initiative on the individual level.

To restore connection to work, there’s bipartisan support for expanding the Earned Income Tax Credit, which has consistently demonstrated an ability to bring people back into the labor force, connecting them to the broader economy and providing financial security. In other places, the government should step back. State occupational licensing requirements ring–fence as many as 30 percent of jobs from newcomers and some public benefit programs – such as disability insurance – unnecessarily discourage work.

But to restore purpose and dignity, skills training and education reform are needed that will require the initiative of individual businesses and communities. Federal reskilling and employment efforts have been disappointing relative to private efforts that link training directly between employers and workers. Serious thought should be given on how to encourage the latter.

But to restore purpose and dignity, skills training and education reform are needed that will require the initiative of individual businesses and communities.

To strengthen neighborhoods, the Republican tax bill included a $1.5 billion provision for “Opportunity Zones,” intended to draw private investment into some of the most distressed parts of the country struggling with high poverty and weak growth. This is a promising area for future research, and could be especially powerful if paired with targeted charitable efforts to these same communities.

Yet as a result of the latest tax bill, charitable contributions are expected to decline by upwards of $17 billion,  according to AEI’s Alan Viard. This should be reversed as it stands in direct contradiction to the conservative principle of strengthening of individuals and communities.

Team Rubicon sends volunteers – 70 percent of whom are veterans -- into areas struck by disaster to provide aid. (via Team Rubicon)

But there’s a chance to go even further in strengthening our connection to each other. In that same book, Buckley wrote of a voluntary service program. Such would not be limited to just military engagement, but service at every level – from child care to elder care to addiction recovery to environmental conservation. The purpose would be to help restore national cohesion, creating a renewed sense of understanding between us, while providing opportunities to the volunteers themselves and investments in the area of the country that seem left behind.

Nearly 30 years later in our increasingly economically and politically divided state, his proposal, while always a stretch, seems more fitting. Not just out of gratitude to what the nation has provided, but out of responsibility for caring for its future. (Of course, volunteerism also could be pursued on state or individual level, either as government policy or an organic movement of volunteerism. One could imagine a public university offering free tuition in exchange for a period of volunteerism, or a neighborhood PTA including outreach to a school across town that is struggling).

Politicians on both sides of the aisle have proposed broad–based redistribution or, economic growth, or protectionist reforms to better the country. But the country will only be as strong as our connections to each other, a sense of responsibility at its most basic level to our families, work, and communities. Creating the space for these connections to flourish should be our focus. 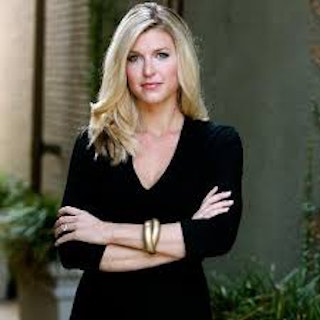