Detroit’s Journey from Plight to Progress

An Essay by Ron Fournier, President of the Truscott Rossman Public Relations and Public Affairs Firm and Former Editor and Publisher of Crain’s Detroit Business

Detroit native Ron Fournier has watched his hometown sink into despair, only to now see a resurgence. What factors helped Detroit rebound, and what challenges still await a city famous for its struggles?

Today, the depot’s once-gaping windows are filled with glass and its broad floors cleared of brush and trash, spruced up by its long-delinquent landlord for sale in June to Ford Motor Company. On its first night as owner, the iconic Detroit automaker chose four Latin words to splash in lights across the depot’s façade: “Speramus meliora; resurget cineribus.” Quoting Father Gabriel Richard, pastor of Ste. Anne’s Catholic Church, the first Catholic church in Michigan, the phrase means: “We hope for better things; it will rise from the ashes.”

The motto references a fire that destroyed Detroit in 1805, but to Detroit natives like me, the words hit closer to home.

Just five years ago, the depot was still a tawdry magnate for ruin pornographers when Detroit declared bankruptcy. The city couldn’t pay its bills, couldn’t fund its pensions, couldn’t attract jobs, couldn’t educate its kids, couldn’t rally its business community, and couldn’t seem to elect politicians who would stay out of jail.

Detroit had lost more than 60 percent of its population since the 1950s, and most of its tax base fled to the suburbs after the 1967 riots. More than one headline read, “Detroit is dead.”

Then things turned around.

Detroit landed the Super Bowl in 2006, a once-in-a-generation moment that forced city leaders to work together in ways they never had. Four years later, Dan Gilbert moved the headquarters of his mortgage lending company, Quicken Loans, to a building smack in the middle of downtown, just a few blocks from the Detroit River.

Gilbert placed an early bet on Detroit and the yearning of millennials to live and work in urban settings, gobbling up more than 60 properties in all. Today, the streets of so-called Gilbertville are packed with young strivers who balance work with life as they like it: blow-out salons, bourbon nights, side hustles, and social entrepreneurship.

The bankruptcy five years ago scrubbed the city of debt. More than that, it scared people straight. For the first time in more than five decades, political, business, and philanthropic leaders set aside ego and old grievances to capitalize on the momentum in downtown and midtown.

The bankruptcy five years ago scrubbed the city of debt. More than that, it scared people straight. For the first time in more than five decades, political, business, and philanthropic leaders set aside ego and old grievances to capitalize on the momentum in downtown and midtown.

In 2013, Mike Duggan, a former prosecutor and hospital administrator from the suburbs, became the first white mayor of the majority-black city since the 1970s and a living example that Detroit’s racial divide, while far from erased, could be narrowed.

During the same week in June that Ford took over the depot, a state commission assigned to oversee the city’s financial decisions voted to end its day-to-day control of the city’s finances. “For as long as I can remember, you had various city agencies under judicial or federal or state oversight or receivership,” Duggan told The New York Times. “This is the first time in my memory that the city of Detroit and all its agencies have had full self-determination.”

Duggan was asked whether this means everything in Detroit is great now. “Each year we have moved the needle in a positive direction and you can just see it,” he replied. “We have six-month waiting list now to get an apartment in Midtown. But we’ve got a long way to go.”

He’s right in so many ways. First, economic development is stunted by metro Detroit’s inability to agree on a regional transit system. The city’s public and charter schools are failures, symptoms of a broader issue of poor funding and bad policy in Lansing. The city’s stubborn evil twins – poverty and crime – are as resilient as they are pernicious in the 135 square miles of neighborhoods outside downtown and midtown.

Finally, racial and economic inequality stick to Detroit like a hot weld. While white people amount to just 10 percent of the city’s population, a study by non-profit Prosperity Now shows that white-owned businesses on average have 25 times the value of businesses owned by people of color.

I grew up in the city’s northeast corner on the same block my parents were raised. When I left the city in 1985 to begin my journalism career, it was a middle-class neighborhood, mostly white, and populated by cops, firefighters, and other city workers. Today, it is one of the poorest, most violent neighborhoods in the country, nicknamed the “Red Zone” for its bloody ways.

The 12 miles between downtown and the Red Zone might as well be 1,200 miles for how disconnected one is from the other. It’s the distance between plight and progress, and Detroit has miles to go.

The 12 miles between downtown and the Red Zone might as well be 1,200 miles for how disconnected one is from the other. It’s the distance between plight and progress, and Detroit has miles to go.

If Detroit closes the opportunity gap, the rest of the country can, too. The test comes in places like Corktown, a long-suffering neighborhood just west of downtown Detroit that is experiencing a sudden surge in investment. It’s the home of the Michigan Central Depot.

If Detroit closes the opportunity gap, the rest of the country can, too.

What rises from the ashes? The most likely outcome is what occurs in almost every urban “comeback:” Big money forces out traditional businesses and longtime residents, perpetuating economic and racial disparities. A better result: Corktown gentrifies democratically, lifting all boats and serving as a model for building diverse and dynamic new American communities.

In Detroit, after all, we hope for better things. 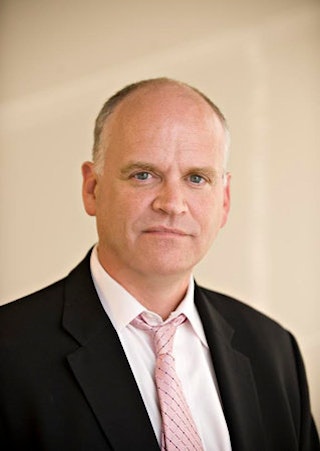