On the Edge of First-Generation Student Breakthrough, COVID Threatens Progress

An Essay by Richard Whitmire, Author of The B.A. Breakthrough: How Ending Diploma Disparities Can Change the Face of America

Careful studying of data has helped some school systems find ways to improve first-generation and low-income students’ chances of success in college.  But the COVID crisis is putting these groups at particular risk of losing that progress.

Students work together to solve problems in precalculus class. (Allison Shelley / American Education: Images of Teachers and Students in Action)

Early 2020 will go down as the time the country got very, very close to a true breakthrough on getting first-generation students into and through college — before suffering startling setbacks.

How did we get so close?

Groups such as AVID perfected the art of instilling college-ready study habits in students long before they even applied. Top charter school groups such as Uncommon Schools, KIPP and Achievement First turned college advising into a science, a strategy that some traditional school districts adopted with massive help from foundation-funded groups such as College Advising Corps.

Finally, colleges finally woke up to the special responsibility they have to make first-generation students feel at home on their campuses — something that hadn’t been happening for far too long.

All this was starting to pay off. At charter groups such as Uncommon Schools, minority students coming from really tough neighborhoods in Newark and New York City started showing college graduation rates that nearly match the 70% rates for students from top earning families.

Summarizing how Uncommon and other charter networks pushed up their success rates would take an entire book (Actually, I wrote one on that, The B.A. Breakthrough) but the short explanation boils down to a single factor: data. By drawing on tracking data provided by the National School Clearing House (a resource outrageously underutilized  by K-12 school districts) they could track which students succeeded — and failed — at which universities.

Read the article Explore the data

That data gave them two key insights: First, they learned which universities to steer their students to, and which to avoid. Often, near-identical students — same test scores, grades, etc. — were experiencing graduation rates that could differ by 20 percentage points or more. Why send them to colleges with terrible graduation rates?

The second data insight: Here’s what we need to change in our K-12 instruction to ensure that our students can arrive on campus ready to handle college work. The pioneers, especially Uncommon Schools, learned that seemingly small things, such as boosting grade point averages,  make a huge difference.

Not long after the charter schools figured out how to push up college graduation rates, many school districts followed suit. In Chattanooga, Tennessee, for example, the Hamilton County schools pushed up both college enrollment and graduation rates by partnering with a local nonprofit that helped provide the college success data. In Washington, D.C., students get the same kind of data-driven college guidance provided at the top charter networks.

Now for the less optimistic side: How have so many of those gains slipped away? Because COVID-19 hit first-generation students so much harder than most students.

It all started in March when colleges and universities hit the panic button and sent nearly all their students home on short notice. Many first-generation students, with no money to get home — or, in some cases, no home to return to — were stunned. Not only did they have to scramble, beg and borrow for travel money, they returned to families devastated by layoffs. Many will never return to the prestigious colleges they had fought so hard to attend, turning instead to local institutions — places far less likely to give them solid launches into careers.

As tough as the first-generation students already in college had it when the virus hit, the fate of low-income, minority seniors and juniors still in high school may prove even worse. Based on many interviews with counselors advising them, it appears that these students fall into two groups: those who are academically talented and well-advised, and those for whom college was always a reach.

As tough as the first-generation students already in college had it when the virus hit, the fate of low-income, minority seniors and juniors still in high school may prove even worse.

The first group consists of academic high achievers in traditional high schools and those attending a top charter school. Chances are, students with strong test scores and grades in regular high schools have already been “discovered” by one of the many independent organizations dedicated to helping those students. They will receive the same level of college advising as students receive at a high performing charter network.

That doesn’t mean this first group emerges unscathed. For many of these students, the economic blows suffered by their families led to a downsizing — switching their college aspirations to a less prestigious nearby university so they risk less while still being available to help out at home. Chances are, of course, that those local universities post graduation rates well below the out-of-town colleges.

Or, they might consider a “gap year,” deferring college for a year while helping out at home. For these low-income students, however, a gap year isn’t something creative to do for a year before enrolling in college “What we worry about is a lot of students taking delivery jobs, grocery store jobs because their families rely on them for income,” said Nicole Hurd, founder of the College Advising Corps. “That’s not a gap year. That’s just not going to college.”

The second group, the high school students with so-so academic records that over the past decade have been going to college in droves — thanks in part to aggressive charter groups such as IDEA working in the Rio Grande Valleydedicated to “democratizing” college — is more worrisome. The sudden shutdown of the big urban high schools they attend meant severing the already-tenuous relationship they had with college counselors, who manage huge student caseloads and often focus on the higher performing students.

Regardless of which group you’re focusing on, this represents a clear setback for low-income students — a group already left behind. The nation’s best scorekeeper on this dilemma may be Anthony Carnevale from Georgetown University’s Center on Education and the Workforce. His calculation: Students from well-off families with low test scores have a 71% chance of graduating from college and getting good jobs. By contrast, high-scoring students from low-income families have only a 31% chance of achieving that mark.

Regardless of which group you’re focusing on, this represents a clear setback for low-income students — a group already left behind.

Regardless of test score, students from lower-income families are less likely than their peers to graduate from college. (Source: <a href="http://pellinstitute.org/downloads/publications-Indicators_of_Higher_Education_Equity_in_the_US_2018_Historical_Trend_Report.pdf">Pell Institute</a>)

What to do to regain the pre-COVID positive momentum? On the high school end, we should return to what was working, especially the use of data to guide students to colleges with the just-right mix of affordability and high graduation rates. High schools that never considered college success their mission need to change their thinking. The fact that few of those high schools tap into National Student Clearinghouse data in any meaningful way has to be seen as educational malpractice.

A Revolution in Expectations

On the college side, there needs to be a (forced?) shift away from favoring already well-off students. Carnevale suggests a dramatic action: require colleges to enroll freshman classes that are at least 20% Pell Grant recipients.

Another action that may have to be forced: abandon merit aid, which at many colleges is nothing short of a scam designed to stock their classes with well-off students. It works this way: Offer good students from high-income families “merit” scholarships that are little more than discounts on an inflated retail price. That money should be reserved for first-generation students.

As a country, we really did achieve a pre-COVID breakthrough, a breakthrough that fell apart beginning in March. Restoring that success won’t be easy, or quick — but should be considered absolutely necessary. America’s promise of fairness depends on it.

Restoring that success won’t be easy, or quick — but should be considered absolutely necessary. America’s promise of fairness depends on it. 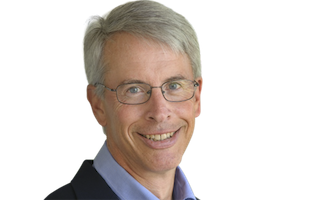 Richard Whitmire Education writer and author of several books, including <em>The B.A. Breakthrough: How Ending Diploma Disparities Can Change the Face of America</em> Full bio and about the book