Reconnecting Democracy for the Next Generation

An Essay by Christopher Walsh, Deputy Director of the Human Freedom Initiative and Women's Initiative at the George W. Bush Institute

Surveys show that faith in American democracy are in decline. For the next generation to recapture that belief, leaders must show their support of democracy worldwide and demonstrate the desire to compromise.

If you take a moment to look at the recent Harvard Institute of Politics (IOP) youth poll, you’ll find many Americans aged 18-29 share a grim outlook on their democracy. That doesn’t bode well for a deep faith in our institutions.

Interestingly, their response to a question on international affairs may suggest one explanation for such pessimism. When asked what should be “the primary motivation for U.S. foreign policy,” a 27% plurality answered, “promoting international peace and human rights.” By contrast, only 6% said, “promoting democracy around the world.”

Of course, promoting peace and human rights are good things. What’s concerning is that “peace” and “human rights” are named as distinct from “democracy.” The linkage between peace, human rights, and democracy should be the philosophical equivalent of peanut butter and jelly or avocado and toast.

The linkage between peace, human rights, and democracy should be the philosophical equivalent of peanut butter and jelly or avocado and toast.

The disconnection raises questions about how this generation associates peace and human rights with democracy domestically. As they come of age in a time of increasing polarization and declining social trust, it’s easy to understand why this gap may exist.

We know the IOP survey shows a majority believe American democracy is in trouble or has outright failed. To reverse this lack of trust in the system of government, young people must see a shift in how the pursuit of democratic ideals is exemplified by their institutions and leaders.

A fundamental misunderstanding of American democracy may be exacerbating this problem. More than a fifth of young Americans believe elected officials should pursue their (the respondents) policy priorities without compromise.

Certainly, elections have consequences and victors should work to implement their agenda, but the United States isn’t a winner-take-all parliamentary democracy. When our political elites frame or approach government as such, it creates disillusionment when expectations don’t meet reality.

This group might prefer our democratic system worked like Amazon Prime: cultivate a personal wish list; select what you want; have guaranteed delivery in days. If everyone agreed on every policy and measure needed to achieve it, then the “Amazon Prime” model of governance might be a reasonable expectation.

Our pluralistic democracy, however, has diverse viewpoints, priorities, and ideas for achieving goals that must be allowed to share the same space. That’s why our system has checks and balances encouraging deliberation and compromise, while also providing safeguards against governance that’s rooted in passions of the moment. In doing so, it gives the majority authority to govern, while also protecting minority rights and offering a non-violent framework for all parties to pursue political interests.

That’s why our system has checks and balances encouraging deliberation and compromise, while also providing safeguards against governance that’s rooted in passions of the moment. In doing so, it gives the majority authority to govern, while also protecting minority rights and offering a non-violent framework for all parties to pursue political interests.

Encouragingly, there’s a 43% plurality of young Americans who don’t favor the “Amazon Prime” approach to democracy. They want their elected officials to “meet in the middle” on issues, even at the expense of their (the respondents) preferred policy priorities.

Such a grassroots movement could encourage and reward a problem-solving bloc in Congress.  Matthew Yglesias and Steven M. Teles recently advocated for a bipartisan, moderate faction in the Senate that could “refocus the political system on practical ways to improve people’s lives rather than culture-war posturing.” At the very least, it might inspire the political courage to offer truth over sensationalism, civility over demonization, and persuasion over coercion in the pursuit of a more perfect union.

For students, the seeds of such a movement are already being planted in the classroom and on campuses. Keith Hennessey, Stanford lecturer and the Bush Institute’s David M. Rubenstein Fellow, insists that his students’ policy discussions be rooted in “respect for the person with whom you’re sitting, and assuming the best intent of what they are saying.” With that established, he tells them that they will “debate policy the way we wish elected officials did.”

There are also fantastic student organizations like the Alexander Hamilton Society and BridgeUSA who are reinforcing this approach to participating in our democracy. Through national student chapters, both groups foster civil dialogue, coalition building skills, greater issue awareness, and promote solution-oriented leadership through events and activities with principled leaders. Additionally, both offer their members professional development opportunities with leading civic organizations.

These are relatively simple things, but they could change how the next generation engages in their democracy. The civic duty of every American should be to cultivate and encourage decency and solution-oriented politics. It would go a long way in reconnecting the idea – especially for our children – that democracy is the best vehicle for human flourishing. 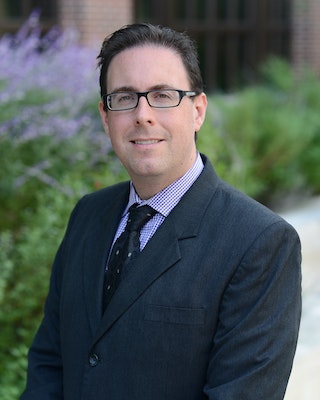