Distrust in Our Institutions Is Real, but We Can Rebuild Trust

An Essay by Eva Chiang, Managing Director, Leadership & Programming at the Bush Institute

Trust in government and media has recently declined sharply, according to the Edelman Trust Barometer — which raises the question, “Whom can we trust?”  The answer might lie with our neighbors, and, surprisingly, our employers.

People placing trust in institutions — and each other — is critical to our society flourishing. When people are filled with mistrust, they spend money differently (or not at all), facts are doubted, and anxiety is high. And, worryingly, there has been a decline in trust over the past five decades.

Our democracy and our society work because people from different sides are willing to come together to find solutions to issues. Trust is the foundation of a working relationship. But, it certainly feels like we are living in a world where trust is limited.

Where do we stand on trust?

The Edelman Trust Barometer provides a window into where we stand. The team at Edelman just released their 22nd annual report. This is a result of survey work done in the fall of 2021 in 28 countries with over 36,000 people responding online. Edelman has been releasing this report since 2001, giving us a wide swath of longitudinal data to help us understand trends. The survey digs into people’s perceptions of trust in their countries and their institutions, as well as what factors may influence that trust.

For example, trust was rising among survey takers just before the pandemic hit — and that trust is currently falling sharply. Trust is measured with a “trust index” score given to each country, which is simply the average percent of people who agree to the question, “Please indicate how much you trust that institution to do what is right.”

In the most recent survey, the U.S. dropped back down to a trust index score of 43 — but shockingly, the U.S now ranks 24th. So, while other countries found ways to increase trust in their people, the U.S. fell behind. The only countries in the survey with lower trust scores are South Korea (score of 42), Japan (score of 40), and Russia (score of 32).

Among the institutions of business, media, and government, business has slowly built up more trust among people over time, while media and government have lost it. This is across all countries surveyed.

Among the institutions of business, media, and government, business has slowly built up more trust among people over time, while media and government have lost it.

People think the media and the government are divisive, and they don’t trust the government to do their job. The pandemic hasn’t helped here. Survey takers do not think that government is responding well to it. And the political divide in the U.S. is greater than ever, with those who identified as Democrat having a trust index score of 55, and those as Republican at 35.

Notably, though, business has outpaced the field. In 2007 the survey showed for the first time that business was more trusted than media and government. By 2021, business was the ONLY trusted institution of the three surveyed, and that remains true today.

The industry with the highest trust score is the technology sector, and that has remained fairly stable over time (e.g., 77 in 2012, now 72). The healthcare and food and beverage industries followed in second and third, respectively, and also have remained stable over time. While financial services was the least-trusted industry, there has been steady growth (e.g., 44% in 2012, now 54%).

Not only are businesses the only trusted institution measured by the survey, but family-owned businesses are more trusted, followed by privately held ones. And people rate their own employer highly. Sixty-one percent of people surveyed trust businesses, but 77% trust their employer.

Social network theory may give us some insight into this. According to this theory, people trust those inside their social network more than those outside. This isn’t groundbreaking, but we do see this play out in the Edelman survey. In addition to people trusting their own employer more, they also had increased trust in their neighbors and co-workers while simultaneously reporting decreases in trust for people who do not live near them. While the pandemic and politics has eroded societal trust at the national level and with those outside our networks, trust at the local level (and within our existing networks) may have benefited.

Social network theory may give us some insight into this. According to this theory, people trust those inside their social network more than those outside. This isn’t groundbreaking, but we do see this play out in the Edelman survey.

But just because businesses and employers scored better than other institutions doesn’t mean they are in the clear. When looking specifically at U.S. trust scores, government scores at 39, and business at 49. While the business score is still higher, it’s in the “distrust” zone defined by the survey.

Adding to that, neuroscience researcher Paul J. Zak found that half of the employees studied reported working in organizations where trust was below average. As Zak points out, trust matters in retaining great employees. In high-trust environments, they are more engaged and less stressed. And by now, we’ve all heard (and possibly felt the effects of) the Great Resignation, a phrase used to describe the record-breaking numbers of people leaving their jobs voluntarily.

So where is the trust?

An interesting wrinkle in this latest survey data shows that 76% of respondents agreed with the statement, “I worry about false information or fake news being used as a weapon.” While worries about fake news and lack of honest leaders are at all-time highs, this part of the data suggests that being informed is one way to bridge the trust gap.

While worries about fake news and lack of honest leaders are at all-time highs, this part of the data suggests that being informed is one way to bridge the trust gap.

According to the survey, “well informed” is defined by how many different places people get information and how well they follow current events and news. Those who were rated “not well-informed” had an average trust index score of 47, while those who were well-informed scored at 62. This difference persisted despite income level.

That means there may be ways to increase trust. If we know that people in the survey are more likely to trust their employer or their neighbor, we can start there. During the pandemic, my family and I spent more time outdoors in our own neighborhood, and, unsurprisingly, we met more neighbors, who were also spending more time outdoors. And, when we kept seeing the same neighbors over and over, we became friends. These neighbors I met during that time are now the people I turn to with some of my biggest life decisions and worries. These same people were squarely outside of my network less than two years ago.

The same is true at work. In the early days of the pandemic when my CEO wrote weekly update emails and dropped in to check on me on Zoom throughout those long, hectic days of working from home and home schooling, my trust in him, and our organization, grew exponentially. I was forced to have more intentional interactions with my co-workers because I didn’t see them in the hall or outside of a conference room anymore. Colleagues who I’d previously only communicated with head nods and occasional small talk now became lifelines as we checked in on each other, and I got a sneak peek inside their homes of their pets, their new décor choices, and their families. They became a degree closer in my network.

That means there may be ways to increase trust. If we know that people in the survey are more likely to trust their employer or their neighbor, we can start there.

And when I compare that to what I’ve observed in the field of education, where I study talent management, I see stark contrasts. I hear stories of district central offices telling principals to “figure it out,” or teachers getting emailed directives at 5:00 PM on Friday only to be reversed and replaced by 7:00 AM on Monday, I understand better why half of people in the workforce study mentioned above do not have that increased trust that I experienced. And while my examples are in education because that’s where I spend my time, I know this is happening across industries.

Employers and businesses need to understand their important role here. To reiterate — they are the only trusted institution measured by the survey. Focusing on quality communication of information is critical, and employers should know that they have a place of privilege when it comes to trust. Larger employers might consider subscribing to news sources for their employees, and where there is no budget for that, companies can still create a culture of information sharing. This has the added benefit of helping employees expand their networks of trusted individuals.

But this doesn’t just rest on the shoulders of businesses. There are lessons that governmental institutions, particularly local ones, can learn about keeping their constituents informed. And, we can all continue to grow our networks with diverse and interesting people, who we can commit to sharing widely with. Individuals can check information before spreading it, at places such as the Annenberg’s Public Policy Center’s FactCheck.org and the International Federation of Library Associations and Institutions infographic on spotting fake news.

It’s healthy to ask questions about the information we receive and the source of data. For example, I have more questions about the Edelman Trust Barometer, the sampling methods used, and how certain scales were created in the analysis. But, if we take this for what it is — an online survey to get the perceptions of people who have the access to take it — and if we accept the limits of surveys in general, we have a lot to learn here.

Most importantly, we might be able to learn how to start rebuilding trust in our institutions. 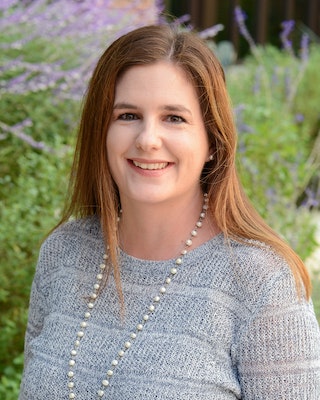