The Case for Women's Health Care

An Essay by Natalie Gonnella-Platts, Director of the Women's Initiative at the George W. Bush Institute

If the core responsibility of government is to care for its people, it is in our best interest as a nation to ensure that women and girls everywhere have the access, care, and support they need to fulfill their potential throughout their lives.

For too long, conservative thinking on women’s health has selectively overlooked the influence women have on both economic opportunity and social stability. Conservatism is rooted in ideals of individual rights, liberty, and the protection of human dignity. But partisanship has caused too many conservatives to look past the moral and even economic reasons to care for the health of women. You would think the ability of half the population to thrive economically would resonate. Yet issues from family planning to access to care are caught up in our contemporary polarization.

Partisanship has caused too many conservatives to look past the moral and even economic reasons to care for the health of women.

Nearly 150 years ago, Republicans were the first major political party to acknowledge and support the rights and representation of women within the party platform. The road to women’s suffrage proved a long and arduous journey. But from the election of Jeannette Rankin to the United States House to introduction and ratification of the 19th Amendment, Republicans were influential in women becoming more actively involved in American society.

We have more work to do in the pursuit of full equality, but women have continued to push forward in every facet of American life. Today, women outnumber men on college campuses, with women comprising the majority of medical and law school enrollees. Single women are purchasing homes at twice the rate of single men. And women are more likely to start business than their male peers – equating to an estimated 1,821 new U.S. businesses per day.

That is all to the good, but too many women in the United States are being left behind. That is creating devastating consequences for their individual welfare and our collective strength and international competitiveness.

…too many women in the United States are being left behind. That is creating devastating consequences for their individual welfare and our collective strength and international competitiveness.

Compared to women of other high-income countries like Canada, Germany, Australia, and the United Kingdom, U.S. women cope with higher instances of chronic disease and are more prone to skipping important medical care because of cost and inability to afford adequate treatment. Yes, infant mortality is at a historic low. But American women are more likely to die in childbirth, with maternal mortality rates doubling since the mid-1980s.

Those realities equate to the deaths of two-to-three women daily from complications of pregnancy or childbirth. Tragically, that ranks as the highest rate among developed countries in the world. And as the NPR and ProPublica series Lost Mothers notes, “for every American woman who dies from childbirth, 70 more come close.”

The Texas Organization of Rural and Community Hospitals reports that only 69 of 163 rural hospitals in the state still deliver babies. This naturally creates serious health risks for women in these areas. It also becomes one more way in which low-income communities become separated from the larger American culture, exacerbating the socioeconomic divide that is creating such tension across our nation.

The impact of geographic isolation on women’s health care also came through in a groundbreaking assessment on access in the U.S. to feminine hygiene products in low-income areas. Researchers at the Saint Louis University College for Public Health and Social Justice found that nearly half of all participants surveyed could not afford to buy both food and period-related products during the past year. Nearly two-thirds of respondents were unable to afford products like tampons and sanitary pads at some point during the previous year. And of the participants in full- or part-time employment, 36 percent reported missing at least one day of work a month due to lack of access to much-needed products.

Economic disparities present their own challenge. Deaths from cervical cancer, which is a preventable and treatable disease with adequate care, are twice as likely in low-income counties than in more affluent areas. In places like Alabama, which has the highest rate of death from cervical cancer in the country, African-American women are twice as likely to die from the disease than their white counterparts.

For too many women, their personal demographics determine how long and how healthy they live. The United Health Foundation pointed out in a study that the mortality rates for women and children vary greatly depending upon the state in which they live. Women who have the means can travel elsewhere for care. For those that don’t, options are limited.

For too many women, their personal demographics determine how long and how healthy they live.

To be sure, several efforts are underway at local, state, and national levels to explore widespread challenges like maternal mortality and morbidity. They include an examination of the accuracy of reporting mechanisms and the implementation of innovative solutions.  And in December, President Donald Trump signed into law the bipartisan Preventing Maternal Deaths Act and the Improving Access to Maternity Care Act. They allocate federal funds to state committees to investigate and analyze the deaths of new and expectant mothers and to explore and eliminate the serious shortages in maternity care.

The welfare of women and economic growth

Still, increased support for women’s holistic well-being and full continuum of care is overdue. And conservatives should rally to this cause since the empowerment and welfare of women everywhere has a direct impact on wider prosperity. Many complexities face women’s health, but indifference or, worse, hostility have only expanded problems and caused some conservatives to overlook the extensive economic benefits of comprehensive investments in women’s health.

Studies show that countries that prioritize the well-being of women are more prosperous, and healthy overall. When women have the agency and access to determine their futures and support their well-being, their families are more secure. When women are healthy, their children are more likely to be healthy. When women are able to take control of the number of children they will have, incomes increase and poverty declines.

In short, healthier women contribute to more productive and educated communities. Women reinvest a significantly higher proportion of their earnings back into their children and their families than men. Their participation in the labor force is a vital contributor to growth. And when women have the opportunity to actively participate, societies flourish.

In short, healthier women contribute to more productive and educated communities. Women reinvest a significantly higher proportion of their earnings back into their children and their families than men.

But for women to partake, they need to be healthy. Compassionate and effective leadership requires moral courage. If the core responsibility of government is to care for its people, it is in our best interest as a nation to ensure that women and girls everywhere have the access, care, and support they need to fulfill their potential throughout their lives. Regardless of ideological leanings, as a nation, we must do better. 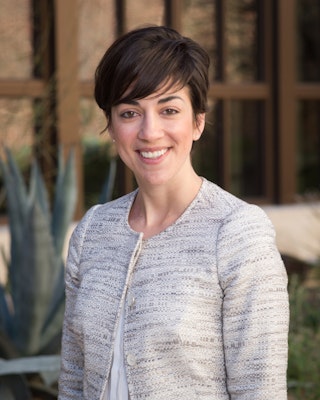