Toronto’s growth shows North America how cities across the continent can thrive. Hint: Vibrant cities start with neighborhoods and people.

North America is increasingly a continent of major cities, with young people, immigrant families, and technologically-savvy workers flocking to them. You see that from Denver to Vancouver to Monterrey, but Toronto is arguably the  North American city that people should most pay attention to when considering what makes for a dynamic urban centre.

Toronto is arguably the North American city that people should most pay attention to when considering what makes for a dynamic urban centre.

A tapestry of neighborhoods

With an urban population of 2.8 million, Toronto is Canada’s most populous city, and the greatest contributor to the national economy.

Toronto also is the fourth largest city in North America, and an important node in the global economic system.

In an era of rapid urbanization and new emerging markets, Toronto frequently places high in world rankings for liveability, opportunity, and global influence.

Known as “the city of neighborhoods,” Toronto is an eclectic mix of buildings, people and cultures. It rarely makes headlines for extravagant, city-scale projects or great feats of world-class architecture. Unlike other global cities, Toronto does not have a powerful mayor wielding a big budget. Instead, Toronto’s vibrancy has grown out of the initiatives of individuals, institutions, and advocacy groups, passionately working to realize the potential of their communities.

This tradition of civic engagement owes much to the legacy of Jane Jacobs, the revered journalist and urban activist who moved to Toronto from New York City in 1968. Not long after arriving, Jacobs led a mass demonstration that halted construction of the Spadina Expressway, a proposed north-south freeway that would have torn through the centre of Toronto’s long-establish downtown neighbourhoods and parks.

She also played an influential role in the development of the highly celebrated St. Lawrence urban renewal project:  a mixed-use residential development built on derelict lands near the city’s waterfront. The project’s affordably priced, low-rise housing and small, accessible parks were considered so successful that it became the prototype for many other urban regeneration projects across North America.

The St. Lawrence Market sits at the heart of the revitalized neighborhood in Toronto.

Jacobs demystified urban economics and city planning in a way that empowered people to take ownership of their city. The same can also be said for David Pecaut, a successful businessman from Boston, who became a dedicated and well-loved civic leader in Toronto.

Days before his death in 2009, Pecaut wrote an open letter that described his experience of moving to Toronto. He said he was struck by the unique openness to diverse cultures and “how many people from all walks of life were passionately concerned with making it a great city.”

It was this experience that inspired Pecaut to found the Toronto City Summit Alliance in 2002. The Toronto-based alliance of civic leaders came together to decrease poverty, and improve the city’s socio-economic wellbeing.

They expressed a weariness of the city council’s ill-fated policy papers, which seldom resulted in any meaningful action. The group was determined to safeguard the future prosperity of Toronto.

Now called the Greater Toronto Civic Action Alliance, the group’s impact has been far-reaching. Their achievements include training courses to counter youth unemployment, fellowships to encourage diversity in civic leadership, and campaigns to identify new and viable sources of funding for public transit.  Under Pecaut, the organization also championed the creation of the Luminato Festival – a highly regarded annual celebration of the arts in Toronto.

The Luminato Festival in Toronto

Like Luminato, many of the city’s most remarkable and enduring public events are the result of volunteer-run, independent initiatives. In 2012, a fundraising event called The Stop’s Night Market was initiated to fight hunger and poverty in Toronto. Each summer, teams of architects build custom-designed food carts and transform a local public space into a pop-up food market. In 2014, tickets to the event sold out immediately. The charity raised $149,000 within the span of an hour.

Perhaps Toronto’s most surprising rising star is Ryerson University. Ryerson started out as a humble technical college, and has rapidly evolved to become a leading institution of innovation, technology and entrepreneurship. Instead of pursuing a traditional form of academia favoured by the established universities in the country, Ryerson has leap-frogged ahead to keep pace with the digital age. It provides an applied, career-focused education for a culturally diverse body of students.

Based in the heart of the city, Ryerson’s campus continues to grow, attracting large numbers of recent immigrants. Many of them commute from the far reaches of Toronto’s suburbs. Just last year, Ryerson opened the Ryerson University Student Learning Centre – a much-needed space for hundreds of commuter students to study, relax and pass time between classes.

The SLC is also open to the general public – offering extraordinary panoramic views across the city centre, normally reserved for private clubs and expensive restaurants. It is one of the most impressive works of public architecture that the city has ever had, and it represents Ryerson’s social agenda. Printed on the front facade of the SLC is a mission statement that reads: “We’ve built a home and hub for inventive and purposeful thinkers and creators – all working to positively transform themselves, their culture, the economy and society.”

To be sure, mature cities need big civic projects and functional governments. New York, for one, has not been shy about big projects, including the rebuilding of Ground Zero and renewing Brooklyn. And cities like Dallas and Houston have benefited from major real estate projects that are redefining the city’s core.

In Toronto’s case, enhanced public services, an improved transit system, and a publicly accessible waterfront would help secure the city’s continued vitality. And a stabilizing of the city’s government after the turbulent years of the late Rob Ford would help the city build and manage such major projects.

Yet, as Toronto continues to develop and redefine itself as a global centre, the challenge will be to retain its strength as a city shaped by the ingenuity of its citizens.

As Toronto continues to develop and redefine itself as a global centre, the challenge will be to retain its strength as a city shaped by the ingenuity of its citizens.

“It is this capacity of social mobilization that can be Toronto’s greatest gift to the world,” Pecaut once said. “We should stop worrying about global rankings and focus on what will make us truly special – which is that we can be the best in the world at collective leadership.”

This also is Toronto’s greatest gift to North America. Local initiative, or collective leadership, can redirect a city and make it come alive. In Toronto’s case, they made it a tapestry of neighborhoods. 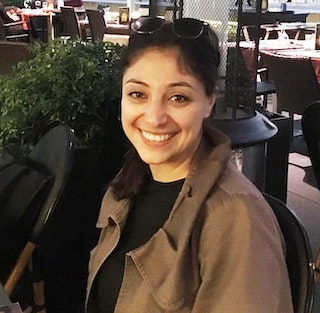