North America's Fate Is Tied Up with Education

North America is united in many ways, but barriers still exist.  How can we overcome these challenges in the classroom, ensuring that the workforce is an educated one?

In this follow-up to the Spring Catalyst’s first education package, contributors share their perspectives on the challenges facing educators as they live in a melting-pot classroom.  From cultural differences to language barriers, educators are often on the front lines of creating a unified North America. 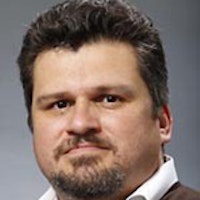 “This could be the North American Century — if we resolve the one educational issue that stands in the way: provincialism.” Read full article 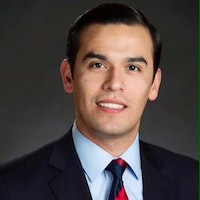 Miguel Solis
President, Latino Center for Leadership Development and member of the Dallas Independent School District board of trustees

“The greatest educational challenge facing North America is America’s inability to adequately educate its exponentially growing population of students who are learning English for the first time.” Read full article 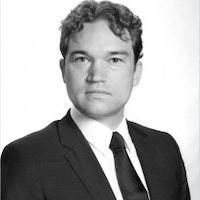 This could be the North American Century — if we resolve the one educational issue that stands in the way: provincialism.

In 25 years of writing about education, I’ve always made the same mistake. I’ve tended to view the issue as primarily a domestic concern.

That is, I’ve assumed that the strength of the public schools in Canada, or the amount of educational access that students receive in Mexico, or the level of accountability in the educational system in the United States has no real impact beyond the boundaries of those respective countries.

I could not have been more wrong. As long as the fates of the three nations of North America remain intertwined — through trade, immigration, tourism, foreign investment, etc – the citizens of these countries will continue to bump into one another. And the terms of those interactions are going to be set by education and the opportunity it affords.

Should an unemployed steel worker in Ohio care about whether children in Mexico are receiving a quality education? You bet he should. Those children who are hungry for knowledge are going to grow into young adults who are eager to find a job. And if they can’t find gainful employment in Oaxaca, they’ll go look for it in Ohio.

Meanwhile, here in the United States, the issue is whether we can ever get to the point where the education received by a student in a rural school in Cheyenne, a student in an inner-city school in Philadelphia, and a student in a suburban school near San Antonio would be roughly the same.

At least, that should be the goal, shouldn’t it? Are we comfortable saying that? We certainly can’t be comfortable with the inverse — that the quality of education received by a student depends on what state he lives in, how much money his parents earn, whether he lives in the country or the city, or the color of his skin.

We need accountability and standards, along with the political will at the grassroots level to test students to ensure both. We have to be willing to suffer the arrows from parents who learn that their kids are not as prepared as they thought in order to create a system that leaves more kids better prepared. We need to demand more from the three-legged stool of educational success: teachers, students, and parents.

And we can’t hope to accomplish any of this if we don’t confront the one great truth about what’s wrong with our public schools — that they are, in every imaginable way, designed and maintained to serve the interests of the adults who work there and not the students who learn there.

Obviously, that design is all wrong. It’s like a blueprint for a skyscraper that’s flawed to the point where, if someone doesn’t fix it, the whole building is going to come down. The focus has to be on the students, and what’s best for them.

In the United States, the public schools are the great equalizer. They’re a gift that is accessible to all students, and they have the magical power to transform the lives of anyone who is willing to put in the work. But, in order to be worth anything, they have to be able to perform that role with those young people whose lives are in the most urgent need of magic.

If we fix the public schools in this country, and make them more equitable across the board, the effects of those reforms will reverberate across the continent. And we’ll be on our way to making this the North American Century.

Ruben Navarrette is an Education Fellow at the George W. Bush Institute.  He is also a syndicated columnist with the Washington Post Writers Group, a columnist for the Daily Beast, and a former school teacher and university instructor.

This existential challenge is best exemplified in the school district I serve, the Dallas Independent School District. Since 2009, Dallas ISD has seen a seismic increase in a particular group migrating to our city: children speaking Spanish, primarily from Central American countries, with Mexican migrants representing the largest portion.

Over the course of the past six years, Dallas ISD has seen its total percentage of English Language Learners (ELL) grow to 42% of all students. That figure represents approximately 60,000 children. On top of that, most of these children are currently impoverished.

Here is where the problem begins to percolate: Dallas ISD has approximately 10,000 educators, a majority of whom are not properly trained to educate our ELL students and assist them in breaking the vicious cycle of poverty. What is even more shocking is the lack of policies and pipelines aimed at addressing the challenge.

This predicament is continental in its reach. Because the American Latino population is projected to reach 30% by 2060, the future of the North American economies are intricately linked to the success or failure of America’s efforts to educate its ELL students. Simply put, an inadequately educated American work force makes our continent less economically competitive in the global market.

So how can America address this issue? Three major steps offer a path forward.

The first requires shattering the underlying monolinguist predisposition baked into American culture. In the early 1960s, new interest in Canadian bilingualism was sparked by the work of the Royal Commission on Bilingualism and Biculturalism leading to the adoption of the first Official Languages Act in 1969. This act gave statutory recognition to Canada’s linguistic duality. Our Congress would be wise to pursue a similar act in order to break the monolinguist paradigm, a paradigm that casts bilingual efforts as an outlier versus the key to economic prosperity.

The second factor requires that Congress revise its archaic immigration policy. Reforming our law to better address current labor demands, like bilingual educators, would open up a plethora of opportunities to address the stated challenge.

The final factor requires that local school districts cultivate pathways to prosperity for their ELL populations by collaborating with other learning institutions (e.g. community colleges and four-year universities) to create “grow your own” educator programs. These programs, though long-term oriented, present the most promising return on investment. Until we view our own students as the answer to our challenge, our Sisyphean struggle will not improve.

Facing the most daunting educational challenge to North American prosperity will not come easy. There is no panacea. But we should not allow the existential nature of the predicament to deter our nation from acting. In the words of President George W. Bush, “The resolve of our great nation is being tested. But make no mistake, we will show the world that we will pass the test.”

Miguel Solis is a member of the Dallas Independent School District’s board of trustees. He served as the board’s president from 2014-2015. Now head of the Latino Center for Leadership Development, Solis previously taught in a Dallas public school.

Going back to the 1500s, traders have used the Paso del Norte to move goods across the Rio Grande. The Pass to the North provided an overland route between the mountain ranges that rise up between what is now known as El Paso and Ciudad Juarez. The trade route has not only connected the United States and Mexico, it also has created a link between Central Mexico and Northern Canada.

Today, the Paso del Norte assumes an even greater geo-strategic significance. The families, economies, cultures, and futures of the United States, Canada, and Mexico have grown more closely together.

This convergence is seen in the way that people on both sides of the border cross into both countries to shop, visit families, seek health care, and even attend school. Beyond the border, the three nations of North America increasingly are coming face-to-face with their differing customs, practices, markets, laws, and jurisdictions. Each of those shapes our lives as North Americans.

For educators, this convergence brings a special challenge. Our responsibility is to develop the skills, knowledge, and wisdom to benefit all our communities.

At the university level, this means studying the practices, customs, laws, economies, histories, cultures, scientific advances, environment, and social structures in our three countries. This goal may sound like a luxury but it is a necessity. The universities and the students they train are critical to creating an integrated, resilient North America.

The Paso del Norte region, and its straddling of two nations, contains the elements to support such studies. For many years, the University of Texas at El Paso has been working across disciplines to respond to the challenges and promise of a stronger North America. We focus on the U.S.-Mexico relationship, but the university also has partnerships across disciplines with universities and researchers in Mexico and Canada.

As part of our work, UTEP recently created the Hunt Institute for Global Competitiveness. Its mission is to identify and analyze the conditions that underlie the economy of the El Paso/Ciudad Juarez region. Our aim is to provide insights that can benefit a marketplace that stretches across both sides of the Rio Grande.

Our researchers do this in part through collecting, centralizing, and harmonizing key economic data. We especially focus on data in the fields of aerospace, energy and mining. We also develop economic impact models that serve both sides of the border.

At the same time, UTEP is committed to educating students who live in both countries. We have students who cross the border each day to attend school here. And, among our 1,777 international students, we have 1,119 students from Mexico.

Our goal is to increase the economic and social mobility of students in the Paso del Norte region, which is why we are pleased that for four straight years Washington Monthly has ranked us the leading university for creating social mobility for our students.

These are two examples of how education institutions can help integrate the economies of North America. We supply research that can grow both sides of the border and we educate students who represent the future of North America.

From where we stand, cross-border communities create exciting opportunities for innovation and growth. We are glad to join other universities in educating students who will shape a globally competitive North American economy.