Young, high-tech innovators in Mexico are writing a new narrative about the Mexican economy. But will they be able to realize their potential?

Roberto Hidaldo (left) and Jaime Rodas (right) in their apartment workspace in Mexico.

The two friends, Jaime Rodas and Roberto Hidalgo, inseparable since high school, live in an apartment-turned innovation pad on the edge of a leafy neighborhood in Mexico City. They contribute to Mexico’s big tech inventions, like building websites for social causes that include teaching the public how to hold government accountable.

“People don’t even know who represents them,” Jaime tells me as he walks me through the apartment, with rooms turned into workspaces, laboratories for experiments. “They have no clue who their representatives are, or even what they’re supposed to do, like be their voice.”

Jaime and Roberto, ages 27 and 29, represent a new face of Mexico. They work out of their apartment, which they share with Roberto’s elderly miniature Schnauzer, Dharma. They are part of a generation of young, high-tech millennials, a group that is quietly expanding into an important global force of innovators. Already there are some 600,000 high-tech professionals in Mexico, and about 115,000 engineering and tech students graduate each year – a vast talent pool in the making.

In recent years, these new techies with their far flung ideas know no borders. They are slowly shifting Mexico’s economy away from traditional industries like banking and manufacturing. As they do, they are creating a new narrative that runs counter to the old story of narcos gone amok, with corruption seeping into every artery of the government.

They are slowly shifting Mexico’s economy away from traditional industries like banking and manufacturing … creating a new narrative that runs counter to the old story of narcos gone amok.

In their own way, Jaime and Roberto are helping rebrand their country’s tattered image. The pair is part of a post-North American generation living in a region with increased mobility and competition – innovators in a country they say hasn’t fully grasped its own potential, even as the outside world increasingly zeroes in on Mexico.

Microsoft alone plans to invest $1 billion in digital education over the next three years, underscoring why Mexico represents one of the fastest growing hubs in Latin America for high-tech innovators.

“Globalization and technology are allowing Mexican entrepreneurs and companies to innovate like never before,” said Ramir Camu, CEO of Dallas-based Werx Studio, which operates under a hybrid model of in-house software development with a near shore component.

For instance, the company has a development group in Aguascalientes, Mexico that helps the company be competitive and nimble in delivering software solutions to clients. “Tech startups are flourishing in Guadalajara, or the Latin Silicon Valley. Major tech giants like Oracle, Intel and others are creating a demand for trained engineers.”

Indeed, in the summer 2015 Amazon began selling physical goods in Mexico and launched a Spanish-language site for a Mexican audience. Google, Facebook, and Uber have operations in Mexico City, as well. Communications giant ATT plans to invest $3 billion in order to expand into Mexico, a process which is already underway.

But while the new narrative is fresh, old challenges lie ahead. In 2015’s Global Innovation Index, Mexico was ranked 57 out of 141. Innovation continues to lag in Mexico relative to global standards, though it ranks well among Latin American countries.

Women’s participation in the technological sector lags behind. Only about 10 percent of tech workers in Mexico are women. Organizations like Women Who Code, which has a Mexico City office, seek to address this discrepancy.

“There are definitely many people innovating in many fields in Mexico, and Mexico has always had talented people that want to break molds,” said Carlos Gomez Andonaegui, chairman of the board of Endeavor Mexico. “I think that what is lacking is the aspirational model of the innovator. What I mean by this is that the business community admires scale and sheer size of companies. Admired companies in Mexico are usually monopolies or government concessions (banks, telecoms, and mining companies). There needs to be a shift in that what Mexicans admire in companies is the capacity to disrupt an industry or to develop intellectual property through patent development.”

“There needs to be a shift in that what Mexicans admire in companies is the capacity to disrupt an industry or to develop intellectual property through patent development.”

Spreading the spirit of innovation

The potential, nonetheless, is vast, especially if a culture of innovation takes root. To some extent, that already is happening.

Camu is on the board of the Dallas-Fort Worth chapter of the Association of Mexican Entrepreneurs, or AEM, part of a national organization founded in San Antonio with 34 chapters nationwide.

Part of the organization’s mission is to bridge the gap between both countries by partnering with public, educational, and private sectors in an effort “to create business opportunities that promote progress and innovation, by strengthening ties and developing programs that help and guide binational business people and young entrepreneurs to become global leaders for their companies’ growth, development, and success.”

Roberto Hidaldo (left) and Jaime Rodas (right) in their apartment workspace in Mexico.

Back in Mexico City, Jaime takes me around his cluttered apartment to its front window. I find a spectacular view of Popocatepetl, the giant volcano that watches over Mexico City. It is a comforting sight, one that is often hidden by Mexico City’s persistent smog.  There’s a constant banter between them, as they bounce ideas off one another.

For instance, Jaime and Rodrigo wanted to address this issue and created a website, simply entitled ¿Quién me representa? (Who represents me?). Mexico City residents can find their address on a map, and with a click, their local and national elected officials will appear. Each elected official has a profile, complete with contact information and their official attendance and voting records. This information is not otherwise easily accessible for Mexican citizens.

Still, despite their love for Mexico and their lives in Mexico City, Jaime and Roberto are considering jobs north of the border. While much has been made about Mexico’s new status as a middle class country, wages still remain 10 times below the United States. Today roughly half of Mexico’s population can be considered middle class, although the meaning of that varies from place to place, and average income in Mexico is similar to that of Hungary, Romania, or Turkey.

While much has been made about Mexico’s new status as a middle class country, wages still remain 10 times below the United States.

With the weak peso, they know there is a lot of money to be made being paid in U.S. dollars. Cities like San Francisco and New York have a lot of pull for young innovators like them. Jaime also hopes to be closer to his American girlfriend.

After all, the border is not much of an obstacle for young Mexicans with technological expertise. Consider Juan Carlos Montemayor Elosua, originally from Monterrey. After attending an American school all his life, he decided to go to college at Tufts University in Medford, Massachusetts. He earned a degree in computer science, after first considering a career in medicine.

Following graduation he moved to New York and began working as an engineer developing new digital products for the New York Times. For him, the decision to stay in the U.S. had several elements. One factor was the ongoing violence in Monterrey in 2013. He also believes he can grow professionally in New York.

Reflecting on his career options in the U.S. versus in Mexico, Juan Carlos says, “I just want to work at a place where I can be at the bleeding edge of technology and design, so I can keep learning and growing as a professional and as a person. I don’t feel like I have those same professional opportunities back home. Being a programmer in Mexico still feels like a blue-collar job, and that’s not the case in the U.S., where the profession is more respected and valued because companies are looking for a competitive advantage via technology.”

“Being a programmer in Mexico still feels like a blue-collar job, and that’s not the case in the U.S., where the profession is more respected and valued because companies are looking for a competitive advantage via technology.”

The plan to strengthen Mexico

In short, a variety of factors can still push and pull talented Mexicans toward the United States: financial gain, professional opportunity, and security concerns. Addressing these issues will require changes at the policy level in Mexico. Tony Garza, former U.S. ambassador to Mexico, says bluntly: “It’s going to take education that focuses on entrepreneurship, access to venture and start-up capital and a regulatory framework that facilitates, rather than erects obstacles to market entry. Innovation flourishes where talent is rewarded in an environment that stimulates, not stifles competition.”

One March afternoon, Jaime works out of his informal office, inside the neighborhood Starbucks. Pensive, he says, “Tech companies in Mexico are trying to sell potential employees the idea that they’re the same as Silicon Valley companies, but salaries are ten times less and benefits are close to nonexistent. That’s one reason why a lot of us are looking for work abroad.” Mexico’s tech sector is growing, but it still has a way to go before it can compete with tech companies in the United States.

Changing that scenario will take years, experts say, but with the proximity, travel opportunities and telecommunications, the day will come when binational innovators will crisscross borders more naturally. Gomez Andonaegui, one of the few binational innovators crisscrossing between the Silicon Valley and Mexico City, sees a glimmer of hope and points to Hollywood, which has presented an Oscar to Mexican directors three consecutive years, as an example.

“Today, in Silicon Valley you see many cultural stereotypes, Chinese, Hindu, but not that many Latin Americans leading companies or founding them,” he said. “But 10 years ago the same was for Mexicans in Hollywood correct?  It only takes one or two talented people to set the example for a whole generation.” 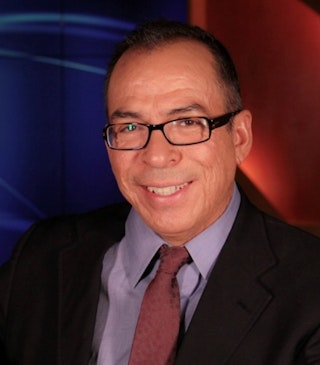 Alfredo Corchado Director of the Borderlands Program at the Walter Cronkite School of Journalism at Arizona State University; longtime Mexico correspondent for The Dallas Morning News