When a warrior serves in the military, his or her entire family serves and sacrifices as well. Military families need the support of the government and our nation to ensure their needs are met.

Military families are American families.  They face the same challenges that any number of Americans face, such as finding the best fit for their children’s education or securing meaningful employment that pays enough to cover a growing list of expenses.

But these issues are amplified for military families. The entire family sacrifices and serves. That’s why the nation must serve them as well as the veteran.

For most families today, a single wage-earner does not earn enough to pay all the bills.  Employment for veterans is a challenging problem to solve – and employment for military spouses is equally if not more challenging.

The unemployment rate for military spouses sits at 21 percent (compared to 3 percent for civilian counterparts) and costs the U.S. economy up to $1 billion per year in lost revenue. At the same time, 5.5 million jobs go unfilled in our country.

According to the most recent Blue Star Families annual Military Lifestyle Survey, military families are 27 percent less likely to have dual incomes than civilian families and a majority of respondents list spouse under/unemployment as the top obstacle to financial security.

The solutions do not lie solely with the military or the government.  We need to make the issue visible and engage the private sector in hiring military spouses who are highly educated and qualified to fill open positions.

Many jobs now are worked remotely with a degree of flexibility. These are ideal positions for military spouses who must juggle frequent relocation and unexpected family commitments due to the demands of their spouse’s service.

But some spouses are in careers that require re-certification as they move from state to state. One way state-licensing authorities can help them is to offer provisional licenses to those who have maintained an active license or certification. With the recent change in law that puts military spouse preference on equal footing with veterans’ preference, the government can exercise its authority to hire qualified military spouses for jobs. Many Civilian Personnel Offices do not realize they have this authority.  This can make a difference, especially on installations.

In recent years, with concerted effort, we have seen the veteran unemployment rate drop to below the national rate.  There is no reason we cannot see the same results for military spouses.

In recent years, with concerted effort, we have seen the veteran unemployment rate drop to below the national rate.  There is no reason we cannot see the same results for military spouses.

Dr. Jill Biden delivers remarks on military veterans and their families at the "Empowering Our Nation's Warriors" summit at the Bush Center in 2014. (Grant Miller/George W. Bush Presidential Center) <a href="https://www.youtube.com/watch?v=k8D0Irll624">Watch video</a>

Similar efforts must be made to improve the education and child care afforded to military families. The military lifestyle – one where one parent is often deployed or in training for extended periods of time and relocation is more common than in other sectors – often impacts the academic success of children.

More than 80 percent of military children attend public schools in the community in which they live. The military has worked to educate communities and local schools on the unique needs of military children. Public/private partnerships especially have proven effective in easing transitions.

The military has worked to educate communities and local schools on the unique needs of military children. Public/private partnerships especially have proven effective in easing transitions.

For example, the Military Child Education Coalition, a non-profit organization, has worked successfully with the military, states, local school districts, and Congress in addressing educational needs and transitions. The military’s continued engagement with local schools, school boards, and private organizations will help ensure that military-connected children have an equal and fair opportunity for academic success.

The problem with child care is not one of quality. Child Development Centers on military installations offer a safe child-care environment and meet professional standards for early childhood education.  They serve as a model for civilian child-care centers.

The problem is quantity. Today, the availability of child-care services is insufficient to meet the needs of full-time, part-time and hourly-care.  In addition to increasing the number of slots in those categories, centers need to be open later to meet the needs of working parents.

The military could ease this problem by understanding and responding to the needs of their customers.  The current hiring freeze has exacerbated the staffing shortages. The Department of Defense has exempted child-care centers from that directive, but centers are required to get approval for hiring.  To avoid the interruption of services that has recently occurred, the military needs to be proactive, not reactive, in solving this problem.

The military can also better respond to the customer by using non-traditional delivery methods for medical and mental health care. Physicians can evaluate and consult with patients without seeing them in the office. They could use telemedicine, allowing patients to interact with primary care physicians, specialists, and nurse practitioners without having to travel long distances.

Families and base closures

The needs of the entire family must be at the forefront of decision-making by the Department of Defense.  That includes when it comes to deciding which bases to close.

In 2005 the Department of Defense considered eight criteria in selecting bases for realignment and closure.  Four were related to military value and four to “other considerations,” none of which addressed quality-of-life or family considerations.

Making sure that there are adequate facilities, including housing, medical facilities, schools, and other family amenities, are important. They should be part of the instructions to the Defense Department when evaluating bases.

The veteran is not the only one that transitions to civilian life – the entire family transitions.  The private sector and public sector must take meaningful action to make the transition smoother and enable our military families to thrive.

Making sure that there are adequate facilities, including housing, medical facilities, schools, and other family amenities, are important. They should be part of the instructions to the Defense Department when evaluating bases. 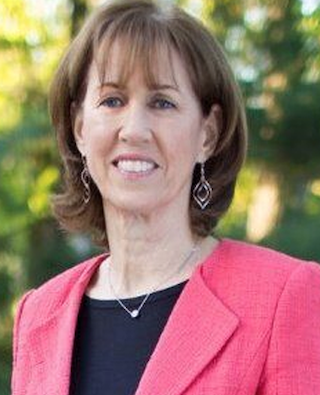