We Know What Works for Kids. Let’s Do It.

Essay by Holly Kuzmich, Senior Advisor at the Bush Institute

The most recent data from the Nation’s Report Card shows an alarming decline in student achievement in math and reading. Schools and teachers need to respond with strategies that research shows works in educating students. If we don’t improve student outcomes, nothing but the country’s future is at stake.

A child attends an online class at a learning hub inside the Crenshaw Family YMCA in Los Angeles. (PATRICK T. FALLON/AFP via Getty Images)

Recent headlines have brought us news — unfortunately not unexpected — of declining student performance in reading and math across the country. We could see it coming. For those of us who regularly pay attention to results from our country’s assessment of student outcomes, scores have been plateauing over the last decade. That was after several decades of slow but steady progress.

Then COVID hit. The results from the past two years are as bad as we thought they would be. The news has covered it, many running major headlines on these results.

A few questions are top of mind. What are we doing about it, and is it — and will it be — enough? And will the concern last into the future so that we don’t forget about this in a year or two? After all, the declines we see for kids will last them a lifetime if we do not get serious about this. There is a lot at stake if we don’t get this right.

There are two key issues I think about as we move forward. The first is the “what” — what is it that we will put in place that works for kids? The good news here is that we have research which shows the way. This is a place where we should use the “tried and true,” and not recreate the wheel or believe we don’t have any answers for how to move forward.

The second is the “how” — how will we do it, and can we sustain it? On this question, we’re grappling with big, knotty questions that are not easily answered. This requires creativity and leadership, in bolder ways than we’ve seen in recent memory.

On the issue of what works for kids, we have research to rely on. It’s time to focus on that research and put it into practice, something we often haven’t done in the past.

For large swaths of kids, we know what generally works best. That includes high-intensity tutoring, more time-on-task (which could mean changes to the school day or school year), putting our best teachers in front of our neediest students, and using research-based instruction. It also means using the data to continuously improve.

The bad news is that we don’t always implement the research. You’d be surprised at how often we spend years and tens of millions of dollars researching what works, have a clear picture from that research, and then ignore it.

You’d be surprised at how often we spend years and tens of millions of dollars researching what works, have a clear picture from that research, and then ignore it.

Reading instruction is one of the best (or worst — depending on how you define it) examples of this. About 25 years ago the National Reading Panel published their results on how to best teach kids to read in the early grades. It clearly showed that phonics-based instruction works.

Some states put that research into practice, to good effect. Texas put in place a statewide, focused effort to train (and often retrain) teachers in reading instruction. Scores increased, particularly for the lowest-achieving students. That effort then lost steam, but thanks to good leadership at the state level, those efforts are back.

Mississippi is a shining example of a state that has prioritized research-based reading instruction through both policy and funding. The state has had impressive results to show for it.

But two decades later, we still have far too many schools using curricula not based on that research, and far too many teachers’ colleges preparing teachers poorly. In some cases, parents have had to push school districts to move to phonics. We shouldn’t be in this predicament.

The second place for us to focus is on the “how.” This can be much harder than the “what.”

Who is going to provide high dosage tutoring in our schools? If students need more time-on-task, but we’re locked into union agreements and cultural norms about the length of school days and school years, how do we shift to a different model? When every school district in the country is simultaneously hiring for talent, where do we expect the labor supply to come from? How do we get initiatives to stick when we have superintendents frequently turn over and new elected and appointed officials in office every few years?

A few questions are top of mind. What are we doing about it, and is it — and will it be — enough? And will the concern last into the future so that we don’t forget about this in a year or two?

States are key to driving progress

These are all hard questions that often deal more with leadership and talent than educational practice.  Anyone involved in education right now is grappling with them and so many others.

These kinds of big, systemic issues require responses not just in each school and district, but at the state level. States have a role in driving what works. After all, they are the largest funder of K-12 education.

It’s an important time for our nation’s governors to step up. In 1989, President George H.W. Bush met with the governors in Charlottesville, Virginia, and that summit set the path for a determined effort during the next decade to focus on standards and aligned assessments.  At the same time, we saw slow and steady improvements in the Nation’s Report Card in reading and math.

Governors have the freedom to push for solutions that vary state by state depending on their students’ needs. But they also can learn a lot from each other and don’t need to blaze a new path when others have put in place policies that are working.

I’d suggest it’s time for the next governors’ summit. We’re at a point where every state, and every school district, can’t just keep moving along with a status quo approach and expect to reverse the growing learning gaps that have been occurring and that COVID supercharged. And too frequently when governors have weighed in lately on education, it’s been about cultural issues in schools, and not enough about student outcomes.

These kinds of big, systemic issues require responses not just in each school and district, but at the state level.

Given the knottiest questions the education community is facing, including questions about talent and hiring, governors may need to think outside the box on how they both keep their best leaders and teachers in schools and also recruit new talent. How can we create national and statewide efforts to recruit tutors from non-traditional populations? If we really want to get serious about research-based reading instruction in our schools, how can funding and policy be aligned at the state level, like we see in Mississippi, to greatest effect?

It’s time to get serious. Our students were struggling before COVID, and now there is an even greater sense of urgency. For their sake, I hope our leaders put in the time and effort to tackle this head on. 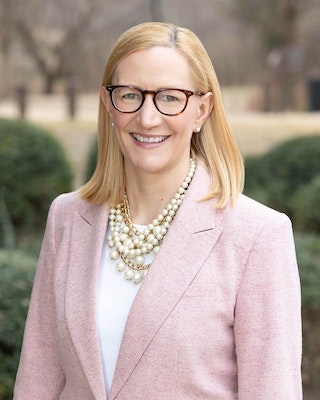 Holly Kuzmich Senior Advisor at the Bush Institute, worked on education policy at the White House and the U.S. Department of Education under President George W. Bush.