The Impact of U.S.-China Competition on the American Alliance System

An essay by Victor Cha, Senior Fellow in the Human Freedom Initiative at the Bush Institute

Previously, American allies were able to avoid making difficult choices between U.S. and China. But as China continues to assert its economic power, what impact does this have for the U.S. and its allies?

Competition has become the dominant strategic template for U.S.-China relations. It is unlikely to change in Washington, D.C. for the foreseeable future. Opinion leaders and strategy experts on both sides of the aisle seem to agree that the four-decade experiment to transform China into a responsible stakeholder has failed.

The fault lies not solely with mistaken American beliefs that as China grew from a revolutionary society to a rich one, it would somehow want to become more like the United States. The failure of the experiment also stems from a more assertive China under Xi Jinping who believes that Beijing’s time has come to take what is theirs, be this in the South China Sea or in Hong Kong.

Opinion leaders and strategy experts on both sides of the aisle seem to agree that the four-decade experiment to transform China into a responsible stakeholder has failed.

The United States, under the new administration, must get its own house in order to meet the challenge of a rising China. That is clear. But also important is to understand the impact that U.S.-China competition is having on America’s allies and partners. Many of these countries fear the worst scenario, which is to be forced to choose between their number one security partner, the United States, and their number one economic partner, China.

In the past, U.S. allies and partners resorted to hedging to avoid difficult choices. But as U.S.-China competition ramps up on everything from maritime security to next generation wireless networks, allies are being forced to make choices. And unfortunately, they are not choosing the United States.

South Korea and Germany, for example, are two of America’s closest military allies. Both were frontline Cold War security partners, and thrive today as industrialized democracies in Europe and Asia advancing global agenda goals similar to that of the United States. However, when push comes to shove, each has quietly showed more accommodation with Chinese interlocutors.

But as U.S.-China competition ramps up on everything from maritime security to next generation wireless networks, allies are being forced to make choices. And unfortunately, they are not choosing the United States.

On next generation wireless networks, both the Merkel and Moon governments have rejected U.S. entreaties regarding security concerns related to Chinese telecom equipment providers and have not excluded Huawei from their 5G networks.

Anders Fogh Rasmussen, who served as Denmark’s Prime Minister and as NATO’s Secretary General, discusses disinformation campaigns, media literacy, and the race to develop 5G networks in the latest issue of Democracy Talks.
Read the article

Both U.S. allies joined the Asia Infrastructure Investment Bank (AIIB) as charter members despite Washington’s concerns about the governance structure of the Chinese institution. President Moon remains unwilling to provide a full-throated endorsement of the U.S. Free and Open Indo-Pacific strategy, which calls for a rules-based and transparent liberal order in Asia. And Chancellor Merkel remains conspicuously silent on U.S. criticism of China’s mass incarceration of Uighurs in Xinjiang.

These trends are not specific to Germany and Korea. In Latin America, Chile and Brazil have also listened to America’s concerns about the security of digital networks and the dangers of Chinese “debt traps,” but this has not stopped President Bolsonaro from allowing Huawei to participate in his country’s 5G auction, nor has it stopped Chile from joining Chinese infrastructure development initiatives. Though all of these countries rely on the U.S. for security, they are allowing China to shape their decisions on economic and security issues.

Huawei's presence isn't limited to China &mdash; Huawei employs workers in 170 countries, including at this retail store in Ukraine. (Shutterstock)

Of course, allies wouldn’t be allies if they did not disagree on occasion. And many of the issues on which allies accommodate China do not hit at the core of the U.S. alliances. It’s not like Germany and Korea are accommodating Chinese demands to withdraw U.S. troops or stop arms sales. Moreover, there are other allies that align more closely with the U.S.

Japan, for example, is not only excluding Huawei from its next generation wireless networks, its own companies are committed to helping Britain to develop their own 5G network free from Chinese threats. Australia and Japan have stood with the U.S. in opposing China’s militarization of the South China Sea, in diversifying production supply chains, in echoing U.S. criticisms of China’s crackdown in Hong Kong, and in demanding an international investigation into the origins of the COVID virus in China.

Still, the aggregate effect of China’s gravitational pull among some countries should be recognized by the U.S. as a negative externality of its shift to a strategic competition template with China. This is not to say that Washington should soften its policies to Beijing; rather, it must find ways to minimize the negative effect of such a strategy on the resiliency of our alliance partnerships everywhere they are touched by China.

The overriding reason for the de-linking trend among some U.S. allies is the long economic shadow cast by China. For Germany, China surpassed the U.S. as its top trading partner in 2009. For South Korea, this happened in 2004. While the investment picture with these allies looks more favorable for the U.S., there is no denying that China is the lifeline to many Western economies.

Despite Xi Jinping’s talk about a world of “win-win” diplomacy, these countries know that they will be slapped hard by China if Beijing does not get its way.

Moreover, Beijing has been willing to exercise its influence by weaponizing trade interdependence. For example, with South Korea, China imposed draconian trade sanctions against Lotte stores in China, as well as restricted tourist travel to Korea’s Winter Olympics in 2018 after Seoul’s decision to allow the emplacement of a U.S. missile defense battery in Seongju in 2016. And in the case of Australia, Beijing imposed 80 percent tariffs on Australian wheat and a ban on beef imports after Canberra joined with the U.S. in calling for an independent investigation into the origins of the COVID-19 virus in China. Despite Xi Jinping’s talk about a world of “win-win” diplomacy, these countries know that they will be slapped hard by China if Beijing does not get its way.

China’s actions can cause much economic pain to these countries, a pain almost certainly that governments would prefer to avoid amid pandemic-induced lockdowns and recessions. However, the ability to stand up to China is also very importantly a function of confidence that allies and partners have in U.S. reliability. For the most part, unfortunately, we have been missing on the world stage as a global leader, retreating into false narratives about “America First” that denigrated our alliances as liabilities rather than assets. To stand alone against China is difficult for any of our allies.

The reality, however, is that no country in the world wants to be more like China; nor do they feel comfortable with China as the hegemon.

The reality, however, is that no country in the world wants to be more like China; nor do they feel comfortable with China as the hegemon. Recent polling from CSIS, for example, shows that allies do not want to kowtow to China. Only four percent of Korean respondents prioritized cooperation with China over the U.S. And a recent Pew Research Center poll found that almost 80 percent of Australians have no confidence that Xi Jinping would do the right thing in world affairs.

These numbers suggest that the reemergence of United States leadership on the world stage would be welcomed. If these countries knew that the U.S. had their back, they might place more stock in supporting a resilient liberal international order than in accommodating China’s rise. 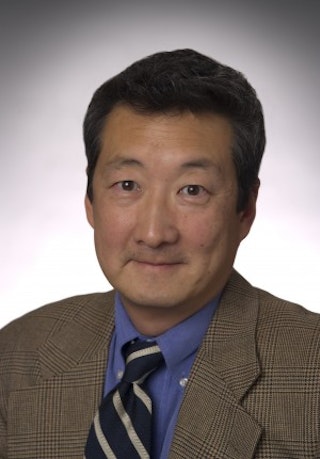