Great Powers Can't Get Tired – And Why That Argument Needs Updating

An Essay by Lindsay Lloyd, Deputy Director of the Human Freedom Initiative at the George W. Bush Institute

Since World War II, America has been actively involved in building relationships worldwide, from trade partners to military alliances to political partners. Today, many of those structures are being upended as the United States walks away from its position of international leader.

As part of the George W. Bush Presidential Center’s Forum on Leadership,  Dr. Condoleezza Rice and American Enterprise Institute President Arthur Brooks held a fascinating and far-ranging conversation last month. While they touched on subjects as diverse as sports, music, education, and Dr. Rice’s experience growing up in segregated Alabama, the highlight for me was a discussion of foreign policy and America’s role in the world.

America faces many threats, from Syria to North Korea to ISIS. But Dr. Rice noted that we face a broader threat that links many of our challenges. She posited that the broader threat is a crisis of confidence in the international political, military, and economic structures that America largely built in the seven decades after World War II. Now, that world order is being neglected and at risk of collapse.

Consider international trade. Governed by shared principles and multilateral institutions, the system of global trading that emerged after the war helped rebuild prosperity and anchored democracy in the vanquished Axis powers of Germany and Japan. It also helped propel growth in the United States and the allied nations that defeated them.

In a relatively short span of time, hundreds of millions of people had been lifted out of poverty and despair. South Korea is a perfect example, illustrating how being part of the larger global order has lifted a nation to a new stage of development. Why would we want to backtrack?

In a relatively short span of time, hundreds of millions of people had been lifted out of poverty and despair. … Why would we want to backtrack?

Yet today, international trade is seen by some as a zero-sum game. The approach to global trading seems to be shifting toward an attitude that your nation must lose for my nation to win. And my nation will lose if your nation wins.

Just as long-held economic principles are being challenged, so too are America’s political and security relationships. Questioning the value of NATO or seeming to prefer autocracies like China over some of our closest allies like Australia breaks with decades of policy. Little wonder that foreigners and Americans alike are feeling less certain about America’s place in the world.

To be certain, some Americans are weary of the burdens of global leadership and this administration clearly recognizes it. This became clear as the Bush Institute prepared the Spirit of Liberty report last year. As one example, Americans roughly under age 35 show less interest in American leadership than do their parents and grandparents.

The problem is, if the United States walks away from its role as a global leader, it won’t be other democracies like Europe or Japan that fill the gap. Adversaries like Russia, China, and Iran will seek to take advantage. That’s why “great powers can’t get tired,” as Dr. Rice put it.  In the same vein, her predecessor, Madeleine Albright, rightly calls America the “indispensable nation.”

The problem is, if the United States walks away from its role as a global leader, it won’t be other democracies like Europe or Japan that fill the gap. Adversaries like Russia, China, and Iran will seek to take advantage.

The combination of democracy, free markets, and American military power brought freedom and prosperity to places like Europe, Japan, and South Korea, kept the sea lanes open for trade, and brought much of the world peace for 70 years. These principles anchored America’s worldview through Republican and Democratic administrations alike because they also brought peace and prosperity to our own country.

Today, we need to act with a renewed sense of principle and even compassion in how America interacts with the world. Initiatives like the Marshall Plan, the Peace Corps, the Alliance for Progress, and PEPFAR are emblematic of the best of America. These programs and others like them not only improve the human condition, but repay America many times over through an outpouring of goodwill.

For those who believe that American leadership in the world is essential, we clearly need to do a better job of articulating why that is. Many Americans no longer share that view and the old arguments may not be helpful. As part of a public opinion research project commissioned by the Bush Institute, I observed a series of focus groups in Indianapolis this spring. These discussions included individuals with a wide variety of political leanings, from all sorts of ethnic, economic, and social backgrounds.

For those who believe that American leadership in the world is essential, we clearly need to do a better job of articulating why that is. Many Americans no longer share that view and the old arguments may not be helpful.

Among the topics discussed was the question of whether America should support human rights and democracy overseas. Some – a minority – rejected the notion out of hand, arguing that the United States has no right to preach to the world. Most, however, agreed in the abstract that we should support human rights and democracy, but not until our problems at home had first been resolved. There was also enormous skepticism that there was anything effective that we could do to advance that goal.

Of course, we will never resolve all of our domestic problems. But we should speak out on how withdrawing from the world will only make things worse.

In the debate between internationalism and nationalism, I am firmly in the internationalist camp.  We cannot step away from an increasingly interconnected world and expect our people to prosper or that tyrannical powers like Russia and China will lead the world in a way that benefits Americans.

But given the angst in our society, we do need to rethink how we talk about these issues. Those who oppose vigorous American leadership offer simple – or even simplistic – answers. For those who believe we must engage, we must be able to connect the problems and challenges of ordinary Americans to the imperatives of global leadership. 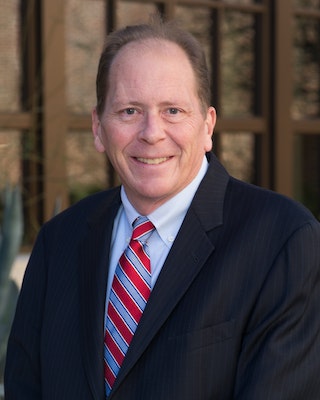