"We are on the verge of an AIDS-free generation,
but the people of Africa still need our help."

President and Mrs. Bush visited Botswana and Namibia but delivered a message to Congress and the American people: human lives in Africa matter. 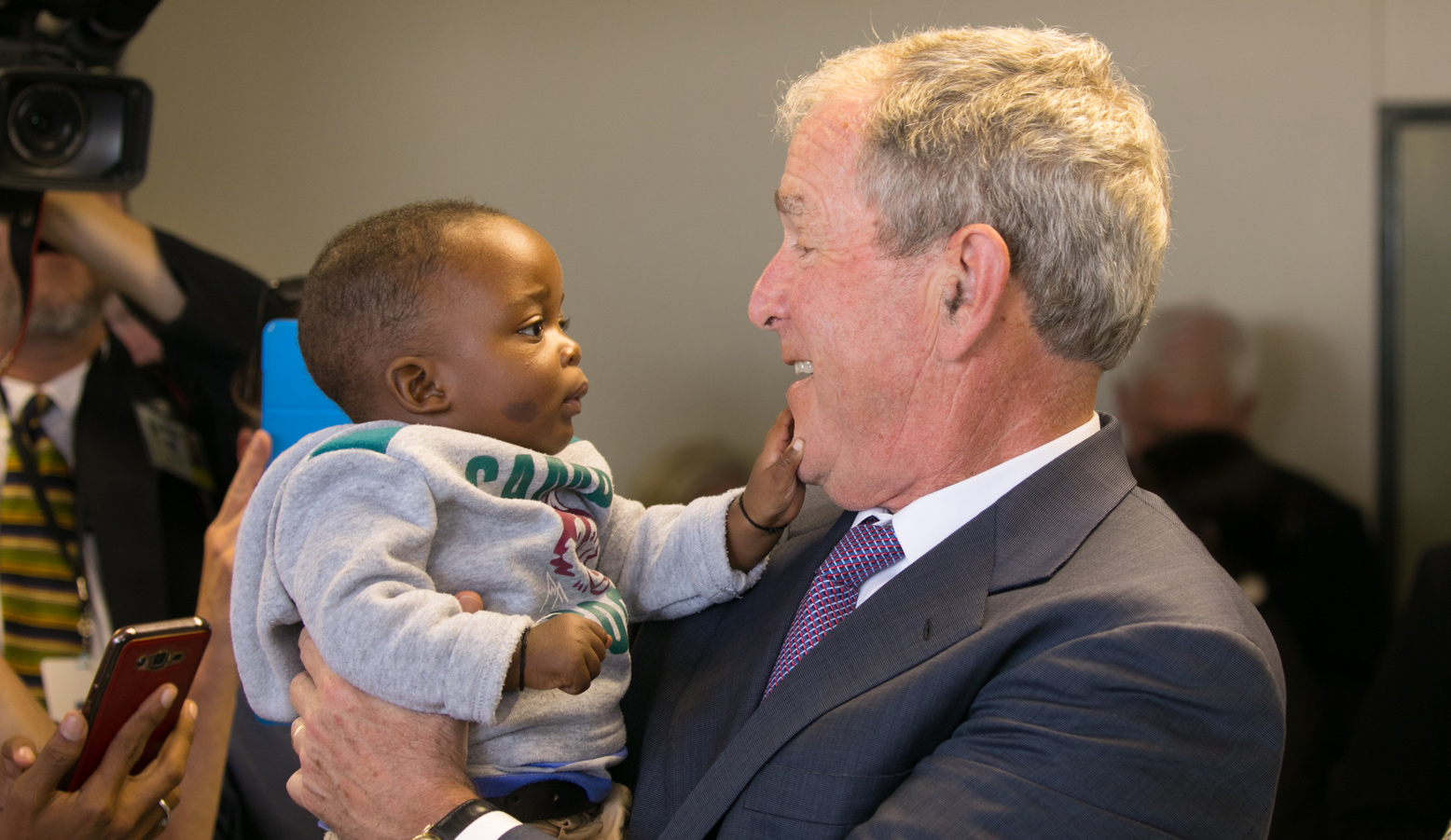 The evidence is clear and the numbers are staggering: global health programs that the United States has funded have saved millions of lives in Africa. President George W. Bush and Mrs. Laura Bush visited the African contintent to witness first-hand the impact of the programs while highlighting the ongoing work of the George W. Bush Institute.

The President's Emergency Plan for AIDS relief (PEPFAR), started in 2003 by President Bush, leverages public-private partnerships to address the scourge of HIV/AIDS. Because of PEPFAR:

Over 6 million orphans and children
left vulnerable by the disease receive care and support.

More than 370,000 women
have been screened for cervical cancer

More than 24,000 women
have been screened for breast cancer

More than 119,000 girls
have been vaccinated with the HPV vaccine

Nearly 1,000 health workers
have been provided with training.

"Since leaving the White House, Laura and I have been heartbroken to learn that because women with HIV are more likely to have cervical cancer, people who had been saved from AIDS were needlessly dying from another treatable, preventable disease."
-President George W. Bush 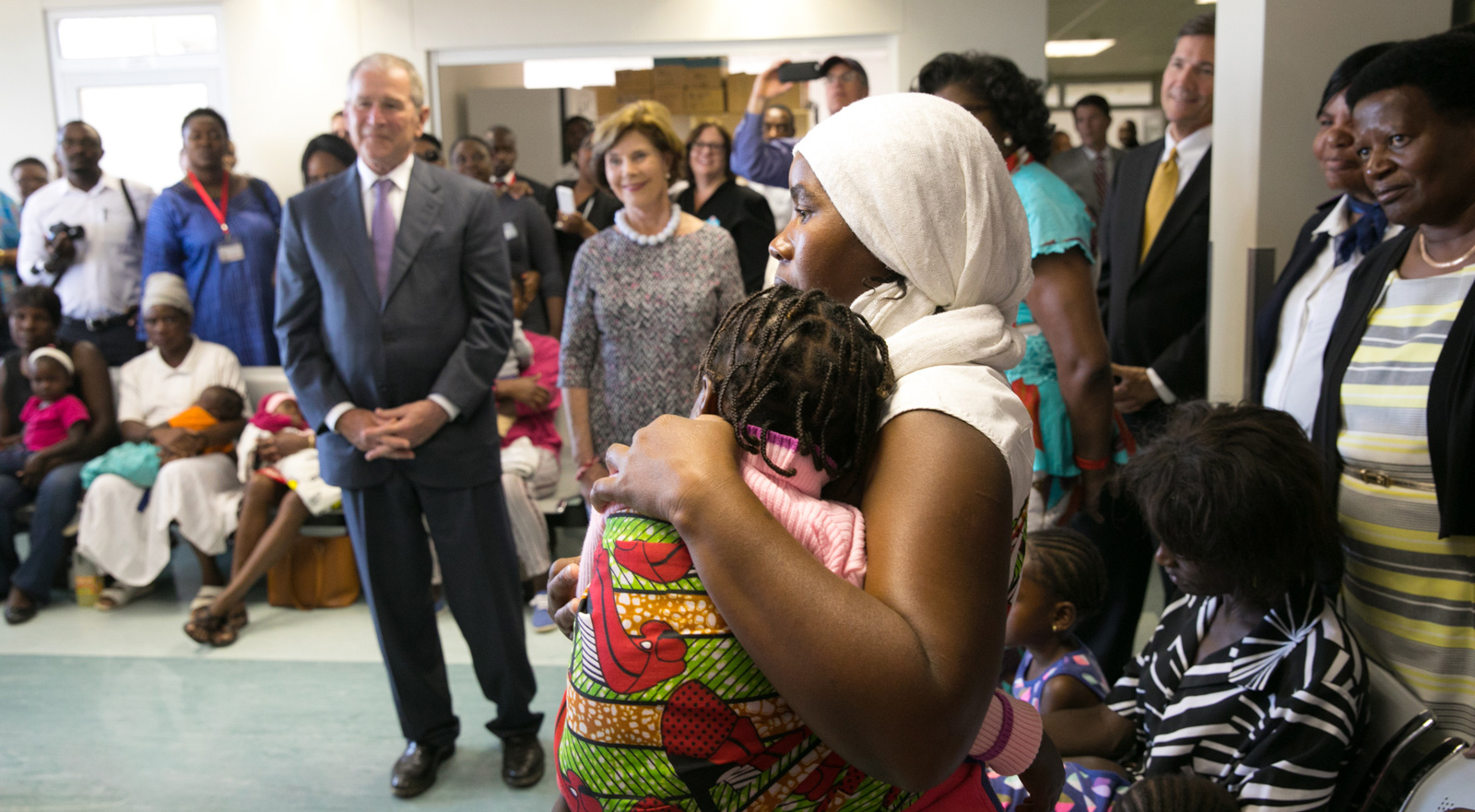 In Botswana, President and Mrs. Bush visited Tlokweng Main Clinic, which is supported by Bush Institute-affiliated Pink Ribbon Red Ribbon and is part of Botswana's successful expansion of its national cervical cancer control efforts. There they met with women who have been screened and treated for cervical cancer. They also saw examples of innovative technology that increases the efficiency and efficacy of screening and treating cervical cancer, while lowering the cost.

"It’s fitting that one of the first countries we came to was Botswana to not only take advantage of the PEPFAR platform but to work with a healthcare system that is getting better every day."
-President Bush 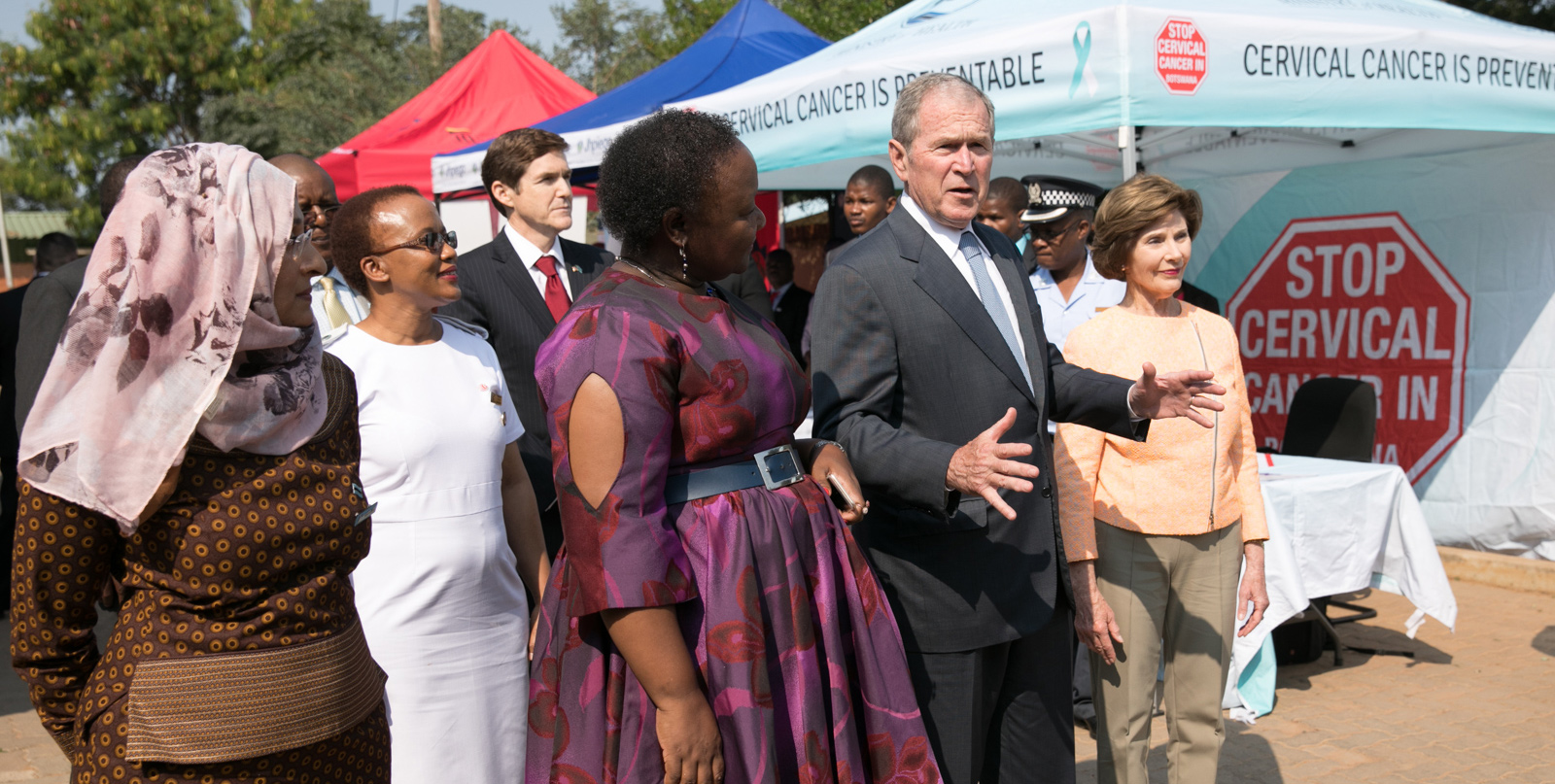 Here, they heard the stories of girls who had been vaccinated against HPV, as well as their mothers, who had been treated for cervical cancer. The Government of Botswana has demonstrated leadership in providing HPV vaccination to girls between the ages of nine and thirteen, vaccinating 90 percent of the targeted population across the country in the first year of the program’s rollout. The collaboration between the Ministry of Health and the Ministry of Education was critical to that success. 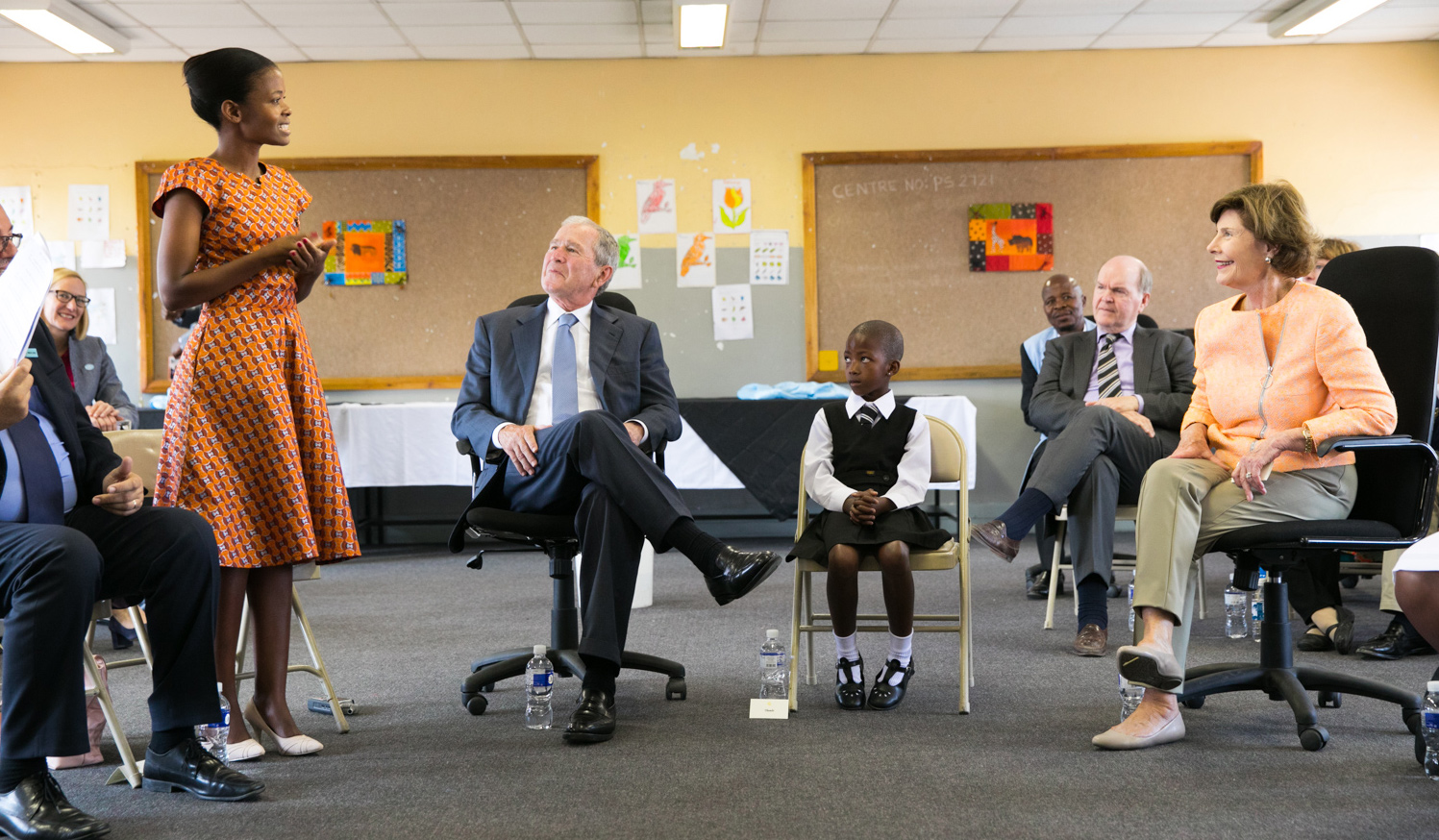 Mrs. Bush also announced the first ever international grants from the Laura Bush Foundation for America’s Libraries. Therisanyo School in Gaborone and Ella Du Plessis High School in Windhoek, Namibia each received $2,500 towards their school libraries. The Laura Bush Foundation for America’s Libraries provides funds to the neediest schools so that they can extend, update, and diversify the book and print collections in their libraries with the goal of encouraging students to develop a love of reading and learning. In the past 15 years, over 2,500 schools have received grants for their schools libraries, totaling more than 13 million dollars in funding.

"With these grants, your librarians will order new books and materials for your schools – something everyone can enjoy. I hope that all the students here learn to love reading."
-Mrs. Laura Bush 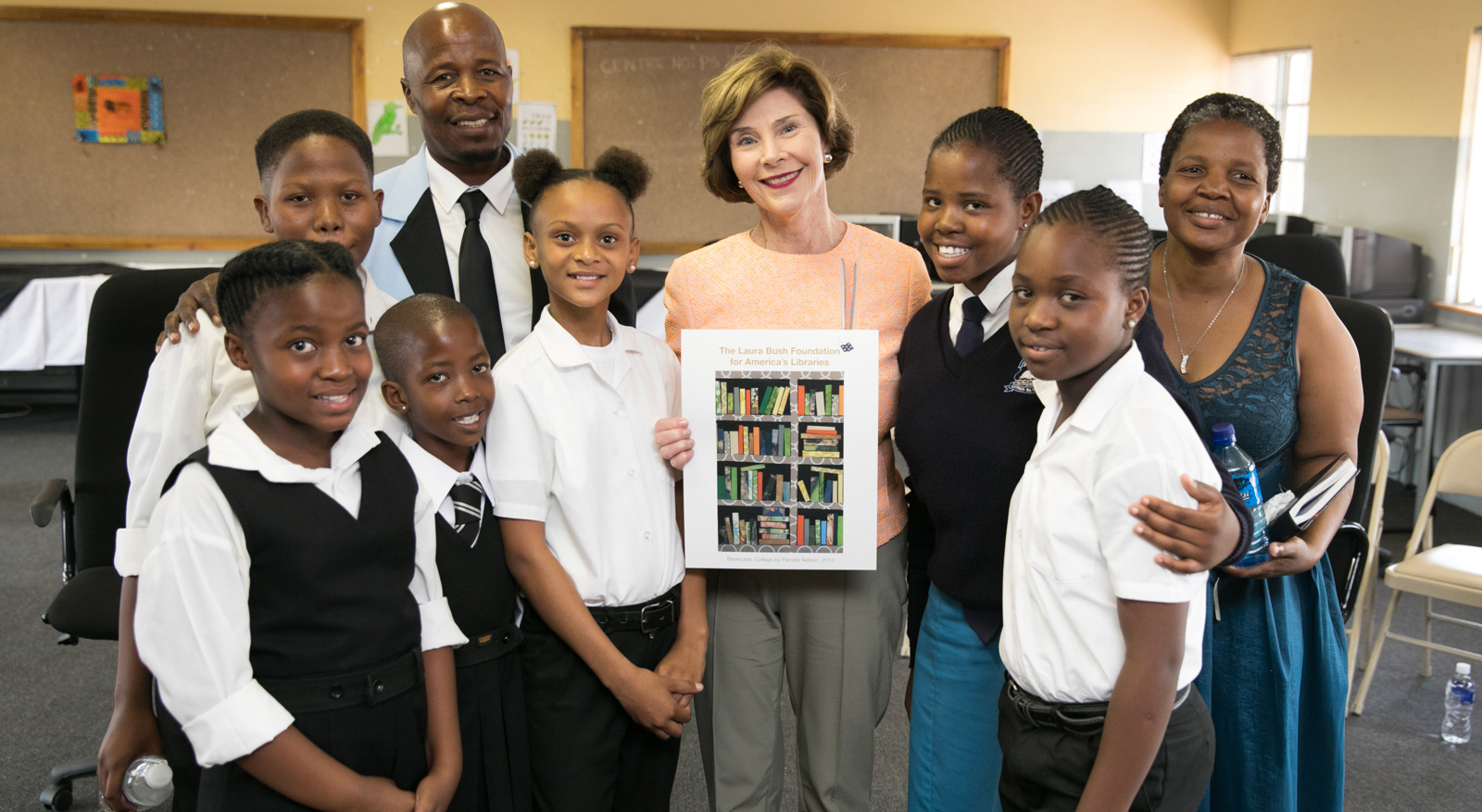 In Namibia, President and Mrs. Bush began their visit at Ella Du Plessis High School, where they were accompanied by the First Lady of Namibia, Mrs. Monica Geingos. They were welcomed with a performance by the school’s choir and participated in a discussion with students about overcoming barriers that prevent young people from reaching their full potential and the importance of staying in school. 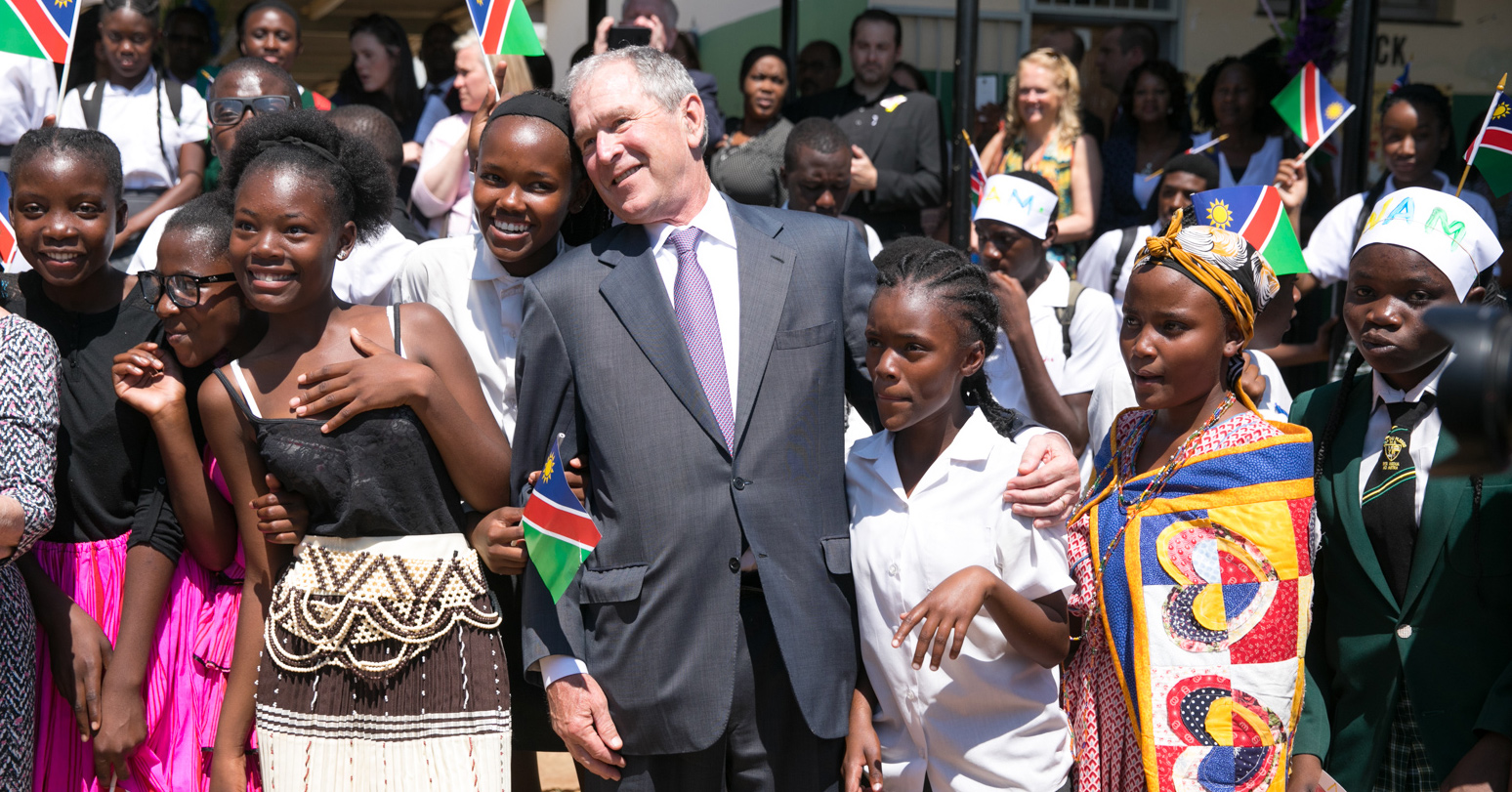 They then visited Windhoek Central Hospital with Mrs. Geingos, where they stopped by the maternity ward and spoke with mothers with HIV whose babies were born HIV-free. They also saw the new cervical cancer clinic, and learned about the country’s plans to begin screen-and-treat services in the coming months.

"Today we went to a clinic with babies who were born to moms that had HIV, but were HIV-free. And it was so heartwarming, so touching, to see little human lives that are now able to live a healthy life and it is important to keep this effort alive."
- President Bush 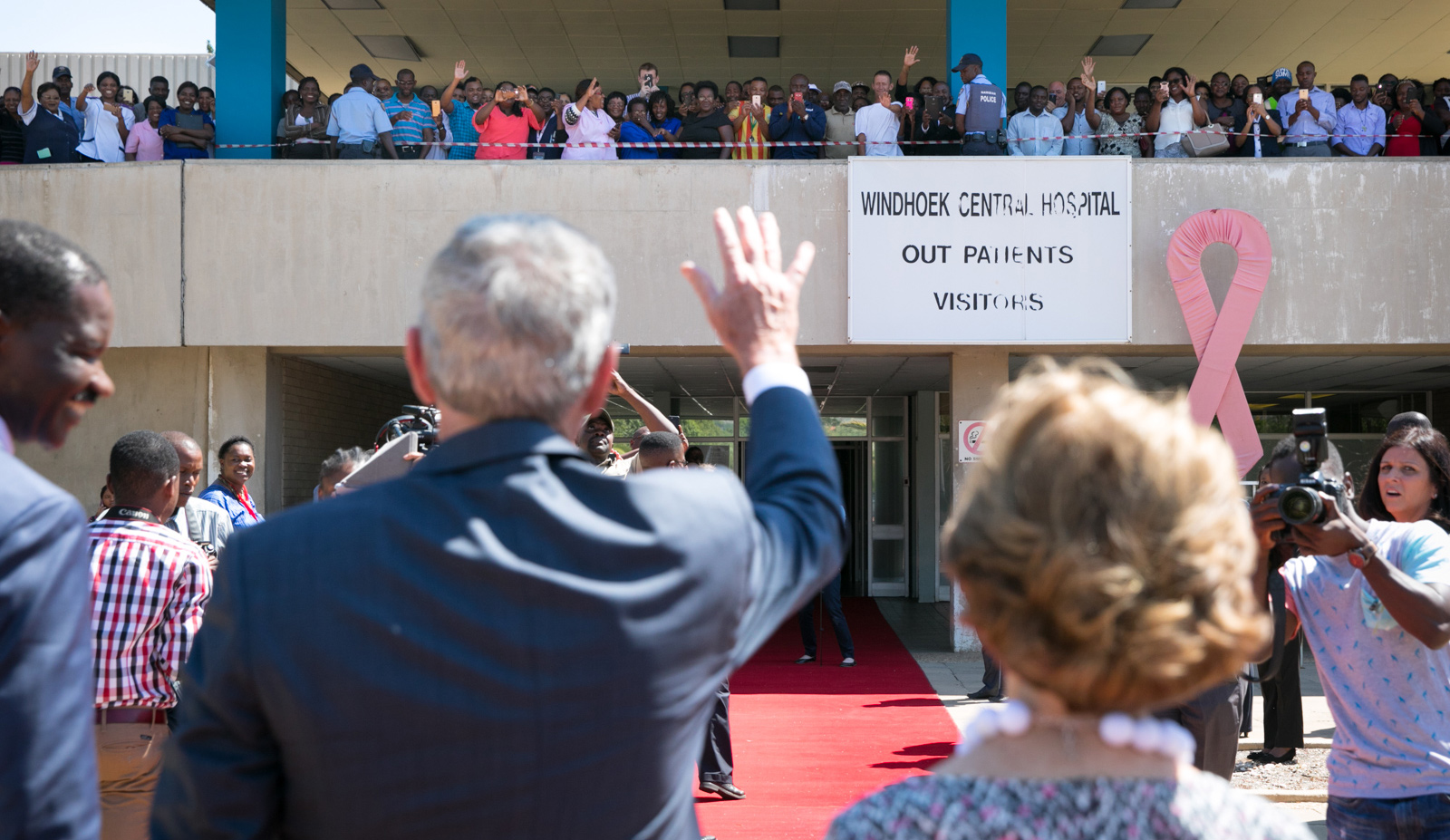 While in Namibia, Mrs. Bush and Mrs. Geingos also hosted a roundtable focused on the important work of investing in women and girls and announced that the Bush Institute’s First Ladies Initiative will work with Mrs. Geingos and her staff to share best practices and build capacity for key education efforts like her Be Free program. Mrs. Geingos was interviewed for the Bush Institute’s recently released research report called A Role Without a Rulebook: The Influence and Leadership of Global First Ladies, where she discussed how her own background has influenced the work she’s taken on in public office. 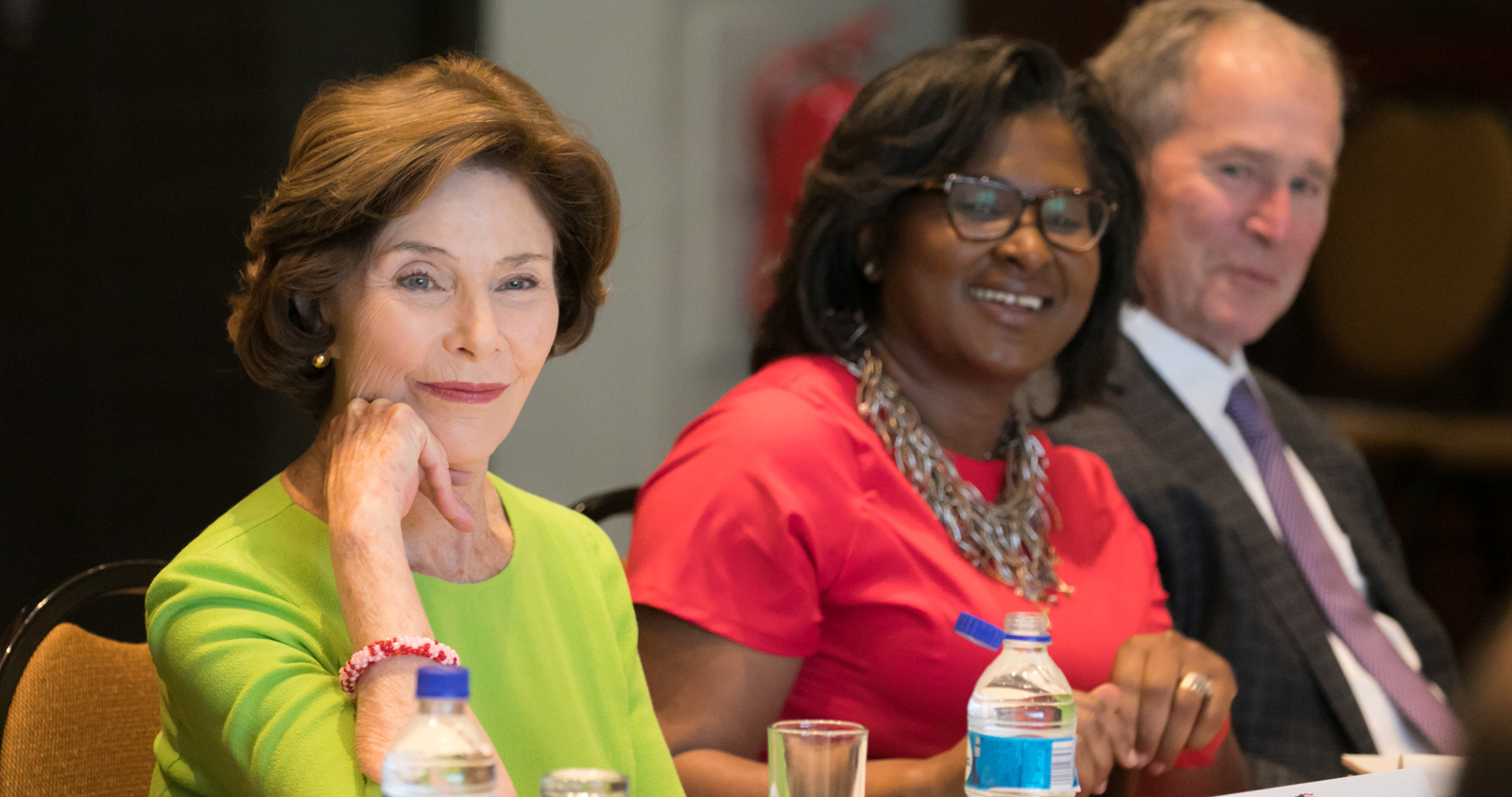 "The American people deserve credit for this tremendous success and should keep going until the job is done."
- President Bush 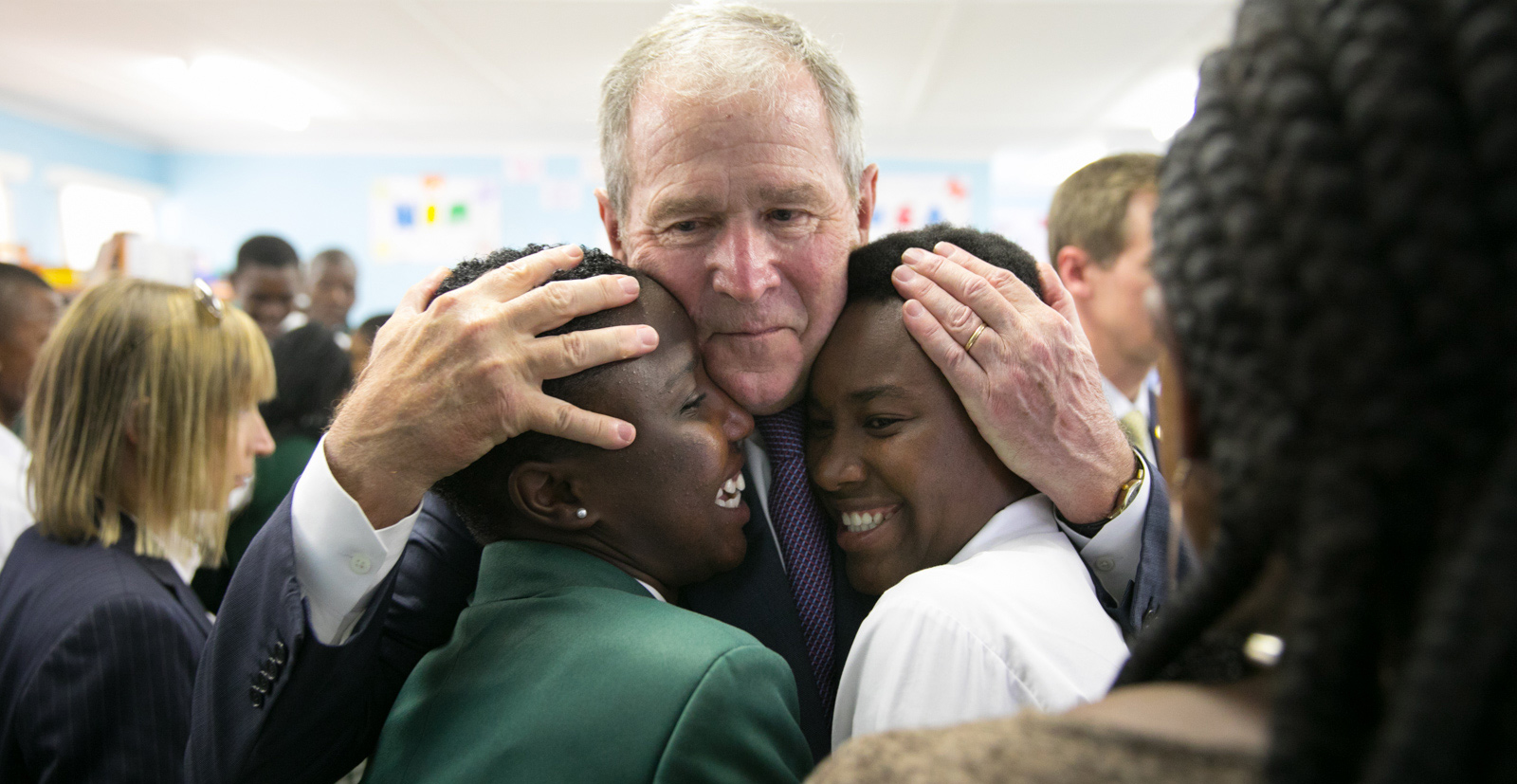 Fill out the brief form below for access to the free handbook.