Since our last take, I want to bring you up to date on a few surveys that have just been released. One by the Chicago Council on Global Affairs on American support for Ukraine, another one the International Republican Institute on Ukrainians views towards the war.

The Chicago Council on Global Affairs' report shows that:

That suggests that the "Ukraine fatigue" that some talk about has not set in here in the United States.

In Ukraine itself, we see a survey by again the International Republican Institute that [says]:

So, morale among Ukrainians remains strong despite the terrible challenges that they are facing.

When it comes to a recent event that just happened this past Saturday, the killing of Daria Dugina, the daughter of ultra-nationalist Alexander Dugin, we have to put this into context. We have to remember that thousands and thousands of Ukrainians have been killed by Russian forces in the unprovoked and unjustified invasion through war crimes, crimes against humanity, as well as possible genocide. In addition we see the war continuing along the Zaporizhzhia nuclear power plant, which reveals again if we needed another reminder - Russian forces don't care about the damage they're causing, the threats they're posing, and the toll they're exacting on Ukraine with the threat of nuclear exposure and contamination that could affect thousands, if not millions. 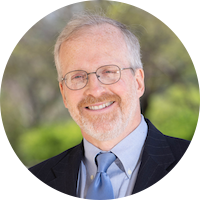