Texas recently released school and district ratings spotlighting poverty gaps in the state. The A-F ratings were released for the first time since 2019.

Nearly 30% of all Texas schools received an A rating, but only 18% of the schools serving students living in poverty scored an A. More than 50% of the lowest scoring schools serve mostly students living in poverty— they received a “Not Rated” label this time. “Not rated” was used this year for districts and schools with the lowest scores to acknowledge the continued impact of COVID during the past school year.

The scores measure three things: student academic achievement how well schools close  gaps to ensure all student groups are successful; and each school’s progress year-over-year and compared to similar schools. This information is critical for parents to make decisions on schools and for stakeholders to understand student progress in publicly funded systems.

The positive. Most schools earned an A or B rating. A third of schools improved their letter grade from 2019, while 15% declined. And many schools improved year-over-year. More schools saw their highest score in this category due to significant gains in reading and moderate improvement in Math.

This doesn’t mean a win, but it’s good news. A school can have growth year-over-year and still have low levels of achievement. That said, year-over-year growth should lead to success, so we need to ensure evidence-based recovery efforts stay in place.

What’s next: Disparities in education have only been magnified due to COVID. Texas’s strong accountability system enables leaders to respond quickly by designing smart interventions and investments to help students succeed. Education leaders must stay focused on rigorous curriculum, high standards, high quality assessments, and evidence-based support to ensure all students are on paths to success.

Bottom line: This information is critical for parents to better understand their child’s school— and for stakeholders to understand how Texas students are progressing in our publicly funded education system. 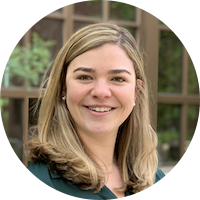