Religious Freedom Can Teach Us About Strengthening American Democracy

At this time of tremendous national polarization, it might seem counterintuitive to turn to religious freedom for guidance on how to overcome deep cleavages in American society. For some, the introduction of religion might provoke thoughts of disagreement, conflict and division, or seem like the last place we should look for solutions. Yet protections for religious belief offer a crucial lesson for strengthening American democracy and addressing growing societal rifts.

The lesson is this: In diverse societies with strongly held, divergent views, it is the protection – not elimination - of each individual’s beliefs that ensures stability. Make no mistake: Religious pluralism poses challenges to societies. Diversity of thought is a given. The possibility of conflict is assumed. A desire to convert or convince “the other” is omnipresent.

But when religious freedom is upheld, the risk of conflict recedes. Free from fear of persecution, believers and nonbelievers can live out their values, and navigate intensely held differences without seeking to silence each other or even to overcome their differences.

In this way, guarantees of religious freedom are necessary for peace, understanding, and equality in a multi-confessional country and world. Religious freedom stands alongside freedom of speech and freedom of the press as part of the fundamental democratic framework that empowers and protects vibrant, pluralistic societies.

For some, the introduction of religion might provoke thoughts of disagreement, conflict and division, or seem like the last place we should look for solutions. Yet protections for religious belief offer a crucial lesson for strengthening American democracy and addressing growing societal rifts.

Striving to uphold religious freedom in the United States - despite falling notably short at times - has given way to a dynamic yet peaceful religious landscape, and a society where interfaith forums and ceremonies are woven into the fabric of civic life. If peaceful coexistence among devout communities of faith, as well as those of no faith, is possible, most certainly there is hope for communities divided by political or other beliefs if this diversity is also protected.

The religious demography of a diverse world

Research and demographic analysis highlight the stability borne out when religious freedom is protected.

In the United States, the 2020 Census of American Religion by the Public Religion Research Institute found that 70 percent of Americans identified as Christian; 23 percent were religiously unaffiliated; 1 percent each identified as Jewish, Muslim, Buddhist, and adherents of other religions, respectively; and 0.5 percent identified as Hindus.

Globally and in the United States, individuals and communities of faith and no faith disagree profoundly with each other on central doctrines, practices, and beliefs. For many, individual identities are predicated on an adherence to that which they hold to be true. In many cases, those beliefs define not only one’s identity and belief systems, but also the nature of their existence in the afterlife. Put directly, these are profound, unresolvable disagreements.

But, as we can see in multi-confessional societies in the United States and the world, the presence of multiple religions in a community does not inherently lead to conflict. Instead, it is the limitation of religious belief that has led to conflict. Studies show that where groups are able to practice their faith freely and without state or societal persecution, they are less likely to turn to violence, and more likely to be vested in and contributive to a society.

The Institute for Economics and Peace and Religious Freedom & Business Foundation found in 2015 that countries with “greater religious freedoms are generally more peaceful, whereas countries with less religious freedom are generally less peaceful.” More recently, a November 2020 report by the United States Institute of Peace found that “religious restrictions can fuel conflict,” and added that religious discrimination can lead groups to choose violence as a means of overcoming their marginalization.

But, as we can see in multi-confessional societies in the United States and the world, the presence of multiple religions in a community does not inherently lead to conflict. Instead, it is the limitation of religious belief that has led to conflict.

Where freedom is protected, conflict recedes

Religious diversity is a defining feature of our global community, and as long as disparate believers live near each other, the possibility of conflict will loom. But where religious freedom is upheld, the rate of conflict is diminished, and civic life is enriched. Peace and coexistence are not contingent on an absence of differing views or even an absence of the propensity to disagree, but rather on an acceptance of the space and rights of those with different views.

And this is where American democracy can extrapolate the lessons of religious freedom to our broader, divisive political debate. Allowing the free expression of different views - religious, political, ideological, or otherwise - and protecting the right to free expression is not only foundational to a healthy democracy, it is a path to greater stability. By providing those with deeply held views the assurance that their views will be protected - not because their beliefs are aligned with whomever is in power, but because religious freedom is fundamental to a healthy democracy - we reduce insecurity and create common ground.

Just as religious freedom provides a framework for peaceable coexistence of religious believers and nonbelievers, democracy provides us an invaluable framework for how to live with diverse views and navigate our differences. It requires, however, that we all adhere to the belief that it is the protection of individual beliefs, not the elimination of difference or dominance of one view, that allows for that peaceable existence.

At a time when many Americans seem to be wrestling with how to navigate these times of conflict, let us remember the important lesson that religious freedom provides. Assurances that religious views will be protected equally reduce the likelihood of conflict and help create common ground.

Religious Freedom Can Teach Us About Strengthening American Democracy 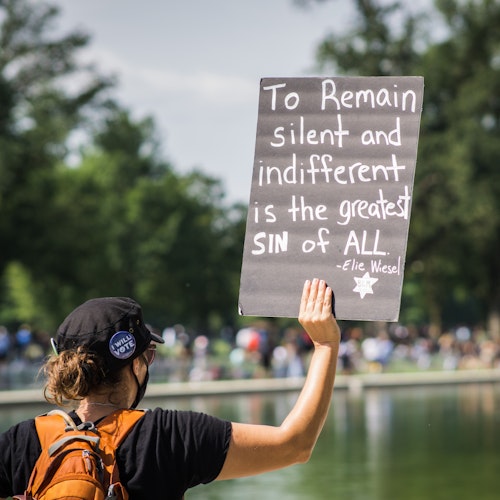 America's Democratic Identity Binds Together a Diverse Nation Nicole Bibbins Sedaca, a Professor in the Practice of International Affairs at Georgetown University and the Kelly and David Pfeil Fellow at the Bush Institute, writes that, despite Americans' divided identities, our shared "American democratic identity" unites us under longstanding democratic values, institutions, and processes. Read the article 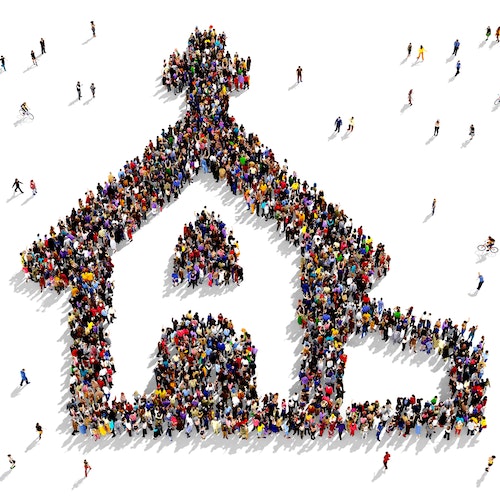