Veterans are a Key Part of Renewing our Communities

It didn’t take long after the pandemic stay-home orders for many Americans to start feeling lonely and isolated – or for mental health experts to worry about the long-term impacts of such requirements on already at-risk groups like the nation’s veterans. Now, more than a year after the start of the pandemic, data on its mental health effects is still limited, but anecdotal evidence suggests it did have a negative impact on feelings of connectedness.

Veteran health experts know that even independent of the pandemic, veterans suffer from loneliness and isolation, which can lead to depression, at rates higher than their civilian counterparts. The problem is especially acute among older veterans, according to a study from the Department of Veterans Affairs. It can stem, veterans report, from feeling misunderstood by and disconnected from the civilian world.

For all of its negatives, COVID’s shutdowns perfectly demonstrated for Americans just how important feeling connected can be to us individually and as a society. And it’s not just about mental health. That connection is the bedrock of building and maintaining a healthy democracy where individuals work together for common goals.

As restrictions lift and communities gather once again, we now have an opportunity to not only freshly relish basic freedoms like hugging friends and traveling, but also a chance at a clean slate for connecting with at-risk groups such as veterans. Doubling down on those efforts won’t just mitigate the loneliness of the pandemic but can also create stronger community ties for everyone in the long term, working to cement the civic engagement that is a key to the success of our democracy.

But we cannot let the moment slip by. The work must start now.

Although the overall number of veterans is shrinking as those who served in World War II and Vietnam-era age, the United States is still home to about 19 million veterans today, with about 2.1 million troops currently serving, according to government officials. While U.S. troops defend our national interests overseas, those of us back home shape the communities we want through our own work and volunteerism. Both actions are fundamental to the care and keeping of a healthy America.

In cities and towns across the nation, that work starts and ends with optimistically caring for each other while maintaining systems of law, order, and peace that consider and serve the needs of all members, including those who have worn the nation’s uniform. Assisting military veterans in this way is the keeping of a national promise. The all-volunteer force protects national security and we, in turn, take care of them before, during and after their service.

Keeping that promise is not someone else’s job, nor is it a task best left to a government agency. While doctors may be the answer to veteran physical injuries, civilian communities must play their part in addressing veteran mental health.

There is only one long-term solution for overcoming veteran loneliness and isolation, and it starts and ends with personal connection. We just have to keep ourselves from overcomplicating it.

In my experience both as a professional who works closely with veteran groups and a citizen actively engaged in my local community, the barrier for connecting civilians and veterans is typically one of perception.

Veterans may perceive they will be misunderstood by civilians. Civilians with no military experience may worry they’ll offend veterans. Both groups often assume those barriers are best overcome by the creation of more nonprofits or fresh programs within existing organizations designed specifically to address veteran needs. And we do have plenty of those on hand to help. As of 2019, at least 38,000 veteran-focused nonprofits were registered with the Internal Revenue Service, according to the Center for New American Security. We don’t need any more.

Instead, what we need is a shift in how civilian community groups think about and act on veteran connection. Civilians like you and me must stop letting the veteran organizations do all the work while we keep what may feel like a respectful distance, assuming those groups will take the step into our circles, if and when they want to get involved.

There are examples of this work already being done. Here in Alaska, Khampheng Scott, who immigrated to the U.S. from Laos at age five and served in the U.S. Air Force for over 20 years, volunteers with both veteran and civilian organizations in the Anchorage area at an op-tempo that puts the Energizer Bunny to shame. And the civilian-based Anchorage Running Club regularly invites the larger military community and the Team Red, White, and Blue chapter specifically to participate in its community fitness events, offering free race entries, free expo information tables and more, getting veterans involved in any way they can.

As these examples show, we must integrate veterans into the structures that already exist in our civilian communities. And it is as simple as an invitation.

Here in Alaska, Khampheng Scott, who immigrated to the U.S. from Laos at age five and served in the U.S. Air Force for over 20 years, volunteers with both veteran and civilian organizations in the Anchorage area at an op-tempo that puts the Energizer Bunny to shame.

The next time you tackle any kind of community project, pick up the phone and invite members of your local veteran-focused organizations to join you. Call the Veterans of Foreign Wars (VFW) or American Legion posts. Search for a local Team Red White, and Blue chapter. Use your existing projects as a path to welcoming veterans into your community-based circles. More often than not, you will find those involved with these organizations eager to connect. You might even find you have some members in common without knowing it.

On the surface, the results will look like a few extra helping hands serving lunches, painting walls, or planting gardens. The real impact will be better connected people, less loneliness, and a community and democracy made stronger by and for everyone.

Amy Bushatz is a graduate of the George W. Bush Institute’s Stand-To Veteran Leadership Program, Executive Editor of Military.com, and a writer in Alaska. 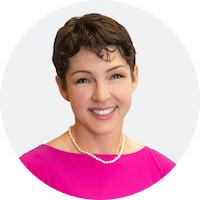 Veterans are a Key Part of Renewing our Communities

In this fifth installment of Democracy Talks, we take a deep look into the challenges that obstruct greater civic engagement. Read more.
Three Ways to Expand Civic Engagement, Community Renewal, and Civil Dialogue
Be Intentional About Community Engagement and Civil Dialogue
Building Civic Muscle Among Young Americans
Creating a Sense of Us
Creating Civil Dialogue in the Classroom
Big Citizenship Can Move A Nation Toward Good
Becoming Owners of Our Nation, Community, and Neighborhood
“Trust Brokers” Strengthen Communities
Inclusive ‘Placemaking’ Leads to Civic Renewal 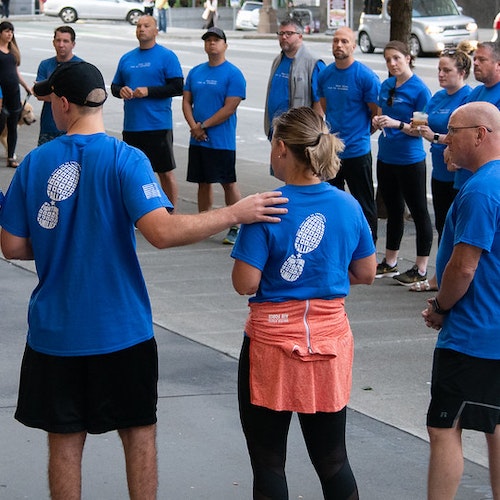 Veterans, Leadership, and the American Spirit Leadership and the unique American spirit is best revealed in our communities. It is in our hometowns and on our main streets where post-9/11 veterans are stepping up to face their next mission—leading through crisis Read the article