1. Women and Leadership by Julia Gillard and Ngozi Okonjo-Iweala

“Different roles. Different politics. Different lived experiences. But a shared hope for a more inclusive vision for our world. From Theresa May to Christine LaGarde, Women and Leadership details the perspectives and experiences of some of the world’s most influential leaders. Despite the immense benefit of women in national and global roles, gender equality remains woefully underrepresented in leadership and decision-making. This book presents a poignant view of the gender bias and barriers that persist, offers lessons in leadership for women everywhere, and adds to the longstanding call to action to assure more equitable access to power.” –Natalie Gonnella-Platts

2. The Glass Universe: How the Ladies of the Harvard Observatory Took the Measure of the Stars by Dava Sobel

“Dava Sobel, author of the acclaimed books Longitude and Galileo’s Daughter, specializes in telling the stories of overlooked people who’ve made pivotal contributions to science. The Glass Universe brings to life a number of women who brought under-appreciated mathematical genius and inventiveness to the mapping of stars and the rising field of astrophysics as employees of Harvard University’s observatory between the mid-19th and mid-20th centuries. From a Scottish immigrant who started her career as a housemaid to the first woman to become an academic department chair at Harvard, the inspiring women in Sobel’s story transformed humanity’s understanding of the universe beyond our planet and solar system.” –Cullum Clark

3. The Woman Who Smashed Codes: A True Story of Love, Spies, and the Unlikely Heroine Who Outwitted America’s Enemies by Jason Fagone

“One of the best books I’ve read in years. Elizabeth Friedman’s role as a codebreaker in WWI and WWII has been unrecognized for far too long. This story is a must read.” –Betsy Martin

“As the mother of three young boys, it’s important to me that their shelves are full of books written by women, with strong female protagonists. My sports-obsessed middle child devoured Wolfpack  but so did my oldest child, whose interests are very different. I’m grateful for resources like this that introduce girls and boys to lessons of leadership and resilience in ways they can really relate to.” –Hannah Abney

“This book does two things. First, it gives tactical tips for women in leadership, and how to think about and balance your personal and professional life. Second, it shares personal experiences of the author as she overcame challenges as a young woman of color who became one of the few black female CEO’s of a tech company.” –Eva Chiang

“Madeleine Albright is the definition of achieving the American Dream. As the daughter of an immigrant family to the United States, she rose to become the first female U.S. Secretary of State. This book details her time as Secretary of State, and it encourages all of us to hold on to the values of freedom and support for nations across the globe who long for the same.” –Michael Bailey

7. Somewhere Inside: One Sister's Captivity in North Korea and the Other's Fight to Bring Her Home by Laura and Lisa Ling

“An incredible story of grit and tenacity as one of the sisters (Laura) is taken captive by the North Korean government and the other (Lisa) fights to bring her home. Laura is a journalist and was working in China on a story highlighting the plight of North Korean girls and women who are trafficked into China. The story Laura was covering, and how it’s explained in the beginning of the book, explains the plight of women dealing with an intersectionality of gender, immigrant status, and socioeconomic status, and how that is severely limiting in this geopolitical “cluster” where they live (along the N.Korean/Chinese border).”-Jenny Villatoro

8. We Are Afghan Women: Voices of Hope by The George W. Bush Institute

“We Are Afghan Women: Voices of Hope highlights the stories of extraordinarily resilient women and their struggles, successes, and resolve in present-day Afghanistan. Amid the ongoing Afghan peace talks, the courage of these leaders stands as important reminder of the incredible influence of women and girls on peace and prosperity. And the vital need for continued advocacy and action in support of gender equity everywhere.” –Natalie Gonnella-Platts

Policy Recommendations: Investing in our Future by Natalie Gonnella-Platts

Advancing the rights of youth around the world 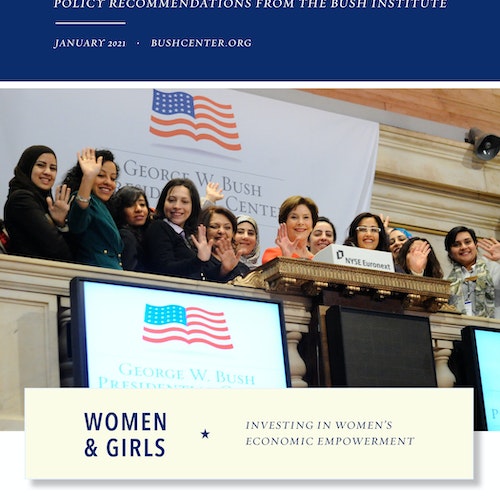 Women and Girls: Investing in Women's Economic Empowerment When women succeed, we all benefit. Women’s economic empowerment boosts economic growth and prosperity and helps safeguard democracy. Most importantly, it ensures that women have an equal chance to build a bright future for themselves and their families. Read the article 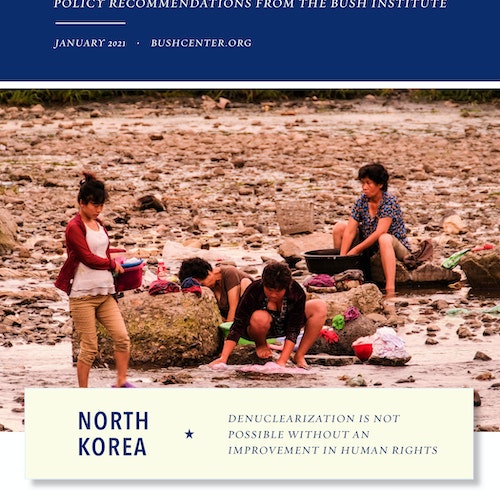 North Korea: Denuclearization Is Not Possible Without an Improvement in Human Rights As the last four years have shown us, a deal with North Korea is not possible without an improvement in the human condition. In the past, the United States prioritized nuclear negotiations above all else. A new administration and Congress have an opportunity to refocus their attention on human rights in North Korea. Read the article 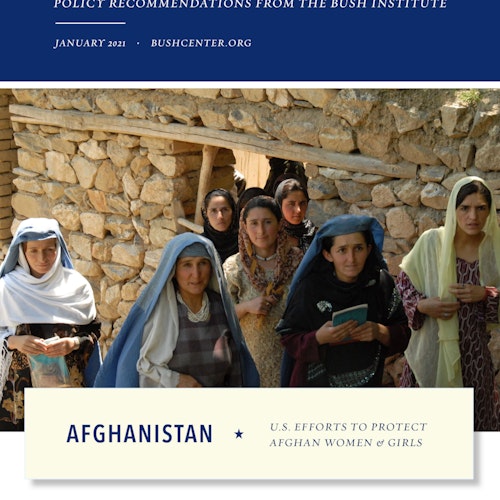 U.S. Efforts to Protect Afghan Women and Girls When the United States stands with Afghanistan, it’s making a commitment to the security of all Americans as well as to the rights of women and girls everywhere. It is in our national security interests and our moral responsibility to support human rights, democracy, and peaceful, sustainable development in Afghanistan. Read the article