“Worst. Episode. Ever.” It’s the familiar refrain of the Comic Book Guy, a Simpsons character known for nitpicking pop culture and society at large.

Many Americans might say their country is going through one of its worst episodes ever with pandemic, violence at the U.S. Capitol, impeachment trials, economic woes, and simmering social tensions.

Such pessimism extends beyond the present moment. For over a decade, Americans have believed their country is going in the wrong direction. Writing in The Atlantic, David Brooks offers a possible explanation suggesting that the United States is experiencing a “moral convulsion” brought on by the decay of “social trust” in people and institutions. It has left Americans without reliable support networks, wary of the democratic system in which they live, and resentful of their country. Continuing down this grim path is unsustainable; we must urgently renew faith in our civic institutions and each other.

Yes, we need leaders to lead on this front, but what can each of us do?

Start with Arthur Brooks’ book Love Your Enemies or his column “How to Build a Life” (and its companion podcast). Both offer skills that can be practiced for pursuing happiness and treating others – particularly political opponents – with dignity and respect. Developing these skills creates a foundation for interacting with others from a place of love – which inspires trust, not contempt – which poisons relationships. They also reinforce a mindset that regardless of external forces, we have autonomy over our own actions.

There are other platforms making good faith efforts to build bridges between opposing points of view and explore examples of America at its best. The Bush Institute’s Strategerist podcast shares personal stories from people improving their communities and country; it also injects much needed optimism into your life. Additionally, there’s Yascha Mounk’s multimedia platform Persuasion that combines articles, debates, book clubs, and podcasts to encourage civil discourse.

These resources remind us of several important things for repairing social trust in a fractured nation. First, our political opponents are not a faceless rabble bent on our destruction. They are fellow human beings who possess innate dignity no matter the intensity of our disagreements.  Second, engaging in civil debate with our opponents isn’t about imposing our perspective on them; it’s about modeling respectful dialogue in pursuit of greater truth. As such, we must be prepared to part ways amicably without resolution and to debate another day. And that outcome is perfectly okay. Third, agreement is not necessary for coexistence (even within our own tribes); in fact, a healthy society thrives on disagreement by sharpening arguments and innovating thought. Finally, political opponents can maintain friendships even as they continue to disagree on many matters.

There are wonderful examples of that last point.  One of my favorites is the friendship between President George W. Bush and former First Lady Michelle Obama that was immortalized by a photo of the two embracing.  Another is the relationship between progressive professor Cornell West and conservative professor Robert P. George.  The two have taken their friendship on the road, talking with audiences across the country about how they became friends and the power of civil dialogue.

This approach isn’t a fairytale. There are many organizations from which we can draw inspiration, particularly those focused on the next generation. Examples like the Alexander Hamilton Society and BridgeUSA have chapter-based models for nurturing civic-minded university students. They build communities on campuses and open them to politically diverse policy ideas through respectful dialogue. Likewise, Dallas’ Café Momentum supports local youths released from juvenile detention centers to reclaim their lives through culinary internships. In doing so, they develop marketable skills, foster a sense of team, and destigmatize the reintegration of incarcerated individuals into society.

As President Bush has said, “We must come together for the sake of our families and neighbors, and for our nation and its future.”  Let’s cast off the “Worst. Episode. Ever.” mentality and do our part to reorient toward attainable civic renewal. 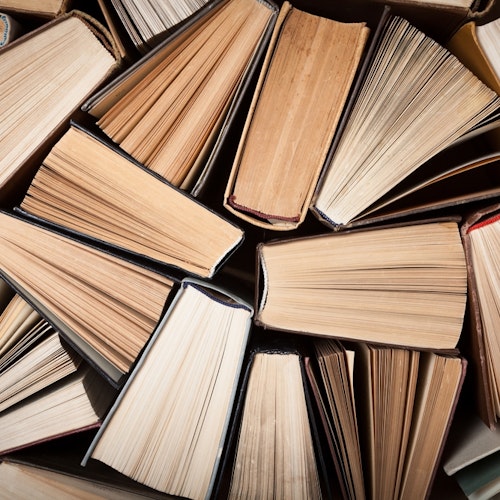 Bookshelf: Love Your Enemies The Bush Institute's Chris Walsh shares how the book Love your Enemies by Arthur Brooks has shaped his approach to relationships in a polarized world and permeated his thinking on the Bush Institute’s human freedom work. Read the article