Stand-To Scholar Series: A Courageous Journey that Paved the Way to New Opportunities

D’Juan Wilcher served as a Surface Warfare Officer in the Navy for eight years on active duty before deciding to join the Navy Reserves and pursue a career path in Chicago. Taking his transition seriously, he moved his wife and two kids to a new city where he was confident that he would be successful and spent  time volunteering and shadowing individuals in the business world whom he found interesting and aspirational.  He wanted to know what a “day in the life” would look like and whether that organization’s culture would be the right fit for his life.

During the journey, he met the City of Chicago’s Director of Veteran Services, and through the power of networking, he was introduced to the Travis Manion Foundation. The organization was looking to expand to Chicago and recognized that Wilcher had the skills and the leadership capabilities to do the job.  He was hired as a project manager, responsible for building communities to assist veterans in their transition process. “The work is endless as we navigate how much further we need to go to get it right,” he said.

Wilcher works for Ryan Manion, the president of the Travis Manion Foundation and a Bush Institute Stand-To Veteran Leadership Program alumna from the first class, who recognized his potential. She recommended that he apply for the 2019 class.

Not actually believing he would be accepted, Wilcher submitted his application for the program. He was confident in his abilities but needed the validation that his leadership potential was as strong as he believed it to be. He was accepted, and the real journey to knowing his own self-worth began.

Throughout the five months of intensive leadership and professional education, Wilcher not only fit right into the family of Veteran Leadership Program scholars, but he felt a sense of being needed, which was important for him. He earned a lot of respect through his courage to have tough conversations about sometimes controversial topics, while remaining positive and open-hearted to every opportunity and experience.

Wilcher stated that, “The Veteran Leadership Program has made new opportunities, that continue to align with what I want to accomplish in my life, achievable, and I am now better equipped and prepared for what the future holds.”

Upon graduation from the Veteran Leadership program, Wilcher has set out to attend the Berkley MBA for Executive Program, where he recently received his acceptance letter to the class of 2021. He looks forward to continuing to work in the non-profit industry in an executive management role, working his way to the corporate C-suite level of business.  He continues to serve his country both in and out of uniform, and just as he presented in his personal leadership project, he remains committed to his work, ensuring successful futures for the “unsung heroes,” veterans, the leadership of the country’s future. 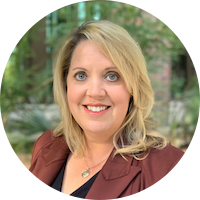 Stand-To Scholar Series: A Courageous Journey that Paved the Way to New Opportunities 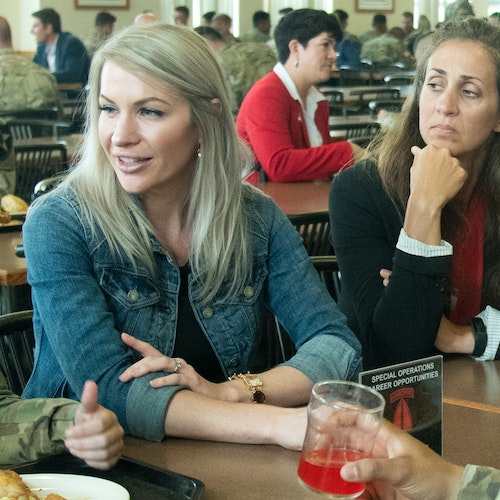 Stand-To Veteran Leadership Program Increasing the impact and developing the skills of those who serve our Nation's veterans. Learn more