I have been looking for writing-mentors. I found one of them in early August this year, and that was Anne Applebaum. My first introduction to her writing was an article she wrote for The Atlantic. It was informative, educational, and intellectually stimulating. I have been enjoying her articles since then.

Applebaum's new book, Twilight of Democracy: The Seductive Lure of Authoritarianism was not an easy read. Although it was a short book, it took me forever to finish it. It felt like I was driving 80 mph at the beginning, then to 40 mph. It was picking up the speed back to 60 mph in chapter four. By the time I read the last two chapters, I had lost interest in driving; I was trying to reach the finishing line.

While Twilight of Democracy may not be her best writing, it still offers excellent insight into why authoritarianism has been rising in recent years.

In 1999, the author and her friends were optimistic about the new post-communist world that was emerging and about Poland's future. "At that moment, when Poland was on the cusp of joining the West, it felt as if we were all on the same team. We agreed about democracy, about the road to prosperity, about the way things were going." However, two decades later, democracy is struggling while authoritarianism is rising and persisting in Europe, the United States, and Poland. Some of her friends now have become collaborators of the authoritarian movement.

Part of the author's explanation for increasing authoritarianism is that access to information and news is overwhelming people, accelerating division in societies. She writes, "People have always had different opinions. Now they have different facts. At the same time, in an information sphere without authorities-political, cultural, and no trusted sources, there is no easy way to distinguish between conspiracy theories and true stories."

Manipulation of fact and truth has always been part of a dictator's toolkit to gain and maintain power. Before the internet, authoritarian regimes had limits in reaching their audience. However, with technology and the internet enabling them, autocrats can reach anyone and everyone at little or no cost.

The author believes that authoritarianism appeals to people because of its simplicity. She writes, "authoritarianism appeals, simply, to people who cannot tolerate complexity; there is nothing intrinsically ‘left-wing’ or ‘right-wing’ about this instinct at all." Simplicity is an interesting point, especially considering how much more information and news are shared. Today, information and information are being created and shared faster than consumers can digest it, and it's almost impossible to fact-check every piece of information we read and hear.

While the author suggests simplicity as a partial explanation for rising authoritarianism, she also wrestles with another question: What motivates elites (who are more than capable of managing complexity) to support leaders who lie frequently and manipulate facts and truth?

The author writes about Laura Ingraham as an example, who has supported President Donald Trump on multiple occasions on her Fox News programs. The president has been hostile toward welcoming immigrants throughout his presidency, but she has adopted three children who are immigrants to this nation. So, the question is, why does Ingraham support President Trump when his immigration stance appears to be against her principles and values? She may be driven by hunger for professional ambition or fame.

One of the biggest lessons from this book is that ordinary citizens and intellectuals are equally vulnerable to authoritarianism if they don’t discern between truth and lies. We have better access to information and knowledge, but that doesn't make us better participants of liberal democracy. The presidential election may be behind us, but our responsibilities as citizens mean we must continue to defend and protect our democracy from authoritarianism.

But, unfortunately, there is no shortcut. Protecting democracy requires citizens with a serious commitment to electing national and local leaders. This kind of active citizenship takes tremendous effort and can be overwhelming. It involves reading and listening to thinkers, writers, and politicians who espouse a point of view different from our own. It means engaging in dialogue and discussion, not shrill debates. And it requires us to sign off from our digital accounts and actually reflect upon the news and information we have consumed. As we engage in these exercises, though, we are doing the important work of keeping our democracy from becoming vulnerable to authoritarians. 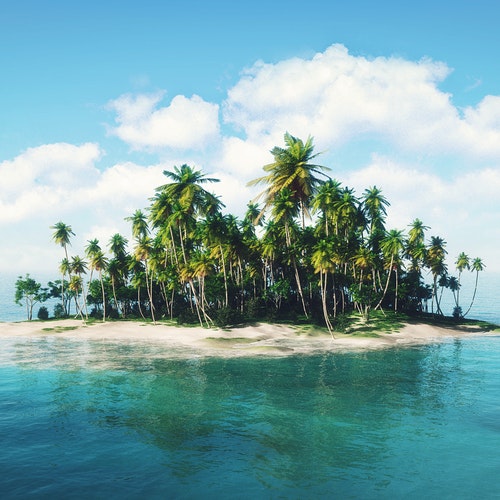 No Nation is an Island Author and historian Anne Applebaum describes how democracy has not been the norm throughout history, cautions that we must watch the rise of foreign authoritarianism through propaganda campaigns, and recalls that no society, even a large one like the United States, operates as an island. Read the article