Top 10 Moments from the First Season of The Strategerist Podcast

We look back at some of our favorite moments from the first 43 episodes of The Strategerist.

From the poignant to the insightful, and from the emotional to the comical, we highlight ten of our favorite moments from the first two seasons of The Strategerist.

The broadcast legend was always generous with her time with the Bush Center — even agreeing to appear as a guest on a podcast which, when she was invited in late 2018, was only a concept.  While her episode wasn’t released until later in the first season, Cokie Roberts’ interview was the first we recorded for The Strategerist. And we couldn’t be more grateful that we got to visit with her before her passing in 2019.

We had the idea of asking each guest one of two questions: “What should we be talking about as a nation that we’re not talking enough about?” or “What does no one ask you that you wish they would?”  Cokie’s answer to the former — delivered in her always-direct fashion — made us certain we wanted to continue the practice.

We loved the name “The Strategerist” from the start – it was just tongue-in-cheek enough to signal our intent to have some fun on the show. And when President Bush joined us for an episode, he addressed the origins of “strategery” directly.

For 17 years I thought I said the word "strategery." Occasionally I would get my words mixed up, they call it a malapropism. So Laura and I took Lorne Michaels, the head of  "Saturday Night Live," to dinner and at one point in the dinner he said, "We created the word ‘strategery.’" I said, "No, you didn't. I said it." And he said, "No, no. One of our great speech writers came up with the word and we basically stuck it on you."

I said, "You’ve got to be kidding me. Lorne, for all these years, I thought I said ‘strategery’ and you're telling me I didn't?" He said, "That's right." I said, "Well, let me ask you, did the guy come up with mis-underestimate?"

So anyway, I'm honored that the malaprop that evidently I didn't come up with, is a part of the Bush Center.

When visiting the George W. Bush Presidential Center, don’t miss the 15-acre Native Texas Park that sits on the south end of the complex. The “urban oasis” near downtown Dallas is an ecologically-friendly restored prairie – and the driving force behind the project is Mrs. Bush. She explained how her mother inspired her love of nature during her formative years in Midland.

My mother was a conservationist. She grew up out on the Chihuahuan desert in El Paso -- but she was always interested in nature. When she was my Girl Scout troop leader, we got our bird badge -- which of course I barely remember. But she became a very knowledgeable birdwatcher and joined the Midnats: the Midland naturalists. When you think of Midland, an oil town, you probably don't think of it as a town with a lot of naturalists. But of course it is, because their business is the earth. The geologists, geophysicists, a lot of people like that are working in the oil business that obviously made their life in their interest in the earth.

And so I was inspired by my mother who was a conservationist. I had been birdwatching with her a lot in Midland when the ban DDT signs started going up on the telephone poles around town. I knew it was my mother who was putting them up. Those banned DDT signs came in her Audubon magazine that she put up.

So for my whole life, really because of her, I've been interested in conservation. And I wanted these grounds that we have around the Bush Center to look the way the native prairie would've looked here in Dallas.

Roya Rahmani, the ambassador to the U.S. from Afghanistan, was recently named a Time 100 Next leader – one of “100 rising stars who are shaping the future of business, entertainment, sports, politics, science, health, and more.”

She took a moment while on The Strategerist to speak directly to listeners about the impact the United States has made in her home.

So for everyone who would listen to this, I would have two things to say: One is to express our gratitude for your contribution and sacrifices, and to assure them that it has not gone in vain. Not only that, but it has contributed to tremendous improvement and achievement in the life of the people who are going to never forget that -- and will continue to remain your loyal partner.

The first episode we released featured business leader and former presidential candidate Carly Fiorina. Her podcast focuses on leadership; the Bush Institute develops leaders at home and abroad; so it’s only fitting that we had a great discussion on leadership.

I think that leadership requires equal measures of realism and optimism. Realism is required so that you see the problem as it really is. Sometimes, a leader's most important role is to hold the mirror up so that people can see the truth, the leader speaks the truth, and therefore, you can act on the truth. So, realism is, you can't be pie in the sky, rose-colored glasses. You gotta be realistic. On the other hand, optimism is the belief that things can get better, that people will rise to the occasion. And unless you believe that, you don't start solving anything.

Joshua Bolten occupied one of the most stressful posts in government – White House Chief of Staff. He talked about life with the weight of the world on his shoulders and delivered great insight into leadership under stressful conditions.

But for television aficionados, The West Wing was a landmark series – and Leo McGary, the White House Chief of Staff on the show, was an icon. Josh humored our attempts to draw a parallel between himself and Leo.

We did watch the show because the show was on during the 2000 campaign, and so we all watched it. And when the administration started in 2001, about half, maybe just a few months into the year, the whole cast of The West Wing came to see us at the West Wing. And they filtered around and partnered up with their real counterparts.

And people not realizing that I was life imitating art, rather than vice versa.

I thought the show was pretty accurate. They had a lot of writers who had experience from the Clinton administration and working in the West Wing, and so they kinda captured some of the essence of what it's like to be in the White House.

General Peter Pace was a young officer in Vietnam decades before becoming Chairman of the Joint Chiefs of Staff. He reflected on that time in his life, and the meaning it carried with him through his career.

… in 1968-1969, there were at least three times where I should have been killed or wounded. We don't have time to go into that now, but at least three times I should have been killed or wounded. I didn't even get a scratch. I mean I was in Huế City doing the Tet Offensive. I was one of the very few people in my company not to even get a scratch. I'm a rifle platoon leader, I should be dead. Same time, Lance Corporal Guido Farinaro and Corporal Chubby Hale and PFC Whitey Travers, Staff Sergeant Freddy Williams, Corporal Mike White, the Lance Corporal little Joe Arnold, and the Lance Corporal Dan Miller. Those six Marines died in combat following Second Lieutenant Pace's orders in combat.

When I went to Vietnam I did not know how long I was gonna stay in the Marine Corps. When I got done with Vietnam, we had time in Okinawa to decompress. I went to church every day. I said my prayers, didn't understand why I had survived, but the deal I thought I made with the good Lord in Okinawa was, okay, you saved me for some reason. I'm not sure what it is, but I think I'm supposed to stay on active duty. So I made a deal, I go, "I'm going to stay on active duty until I'm no longer required."

One of the themes that emerged during the first two seasons of The Strategerist is that many journeys have humble beginnings. Household names certainly didn’t start out that way – they often spent years working hard and learning life’s lessons. Former White House Press Secretary and current Fox News commentator Dana Perino is no exception.

When I was in college, and thought I wanted to go into media... Back then, if you wanted to get into TV, you had to start in radio. And I didn't want to have to do my radio experience after I graduated, so I got a job, part-time job, as a country music DJ, working overnights in Pueblo, Colorado.

I had grown up in the West, but I hadn't really listened to country music when I was a teenager. I didn't really do that. So I was completely out of it. I introduced, the first night, a song by Tracy Lawrence, and I said, "And here she is with her new song, Tracy Lawrence." And then, of course, Tracy Lawrence is a man.

Presidential Leadership Scholar Byron Sanders is President and CEO of Big Thought, a Dallas educational nonprofit that is working to break the tragic cycles that are far too often seen in our communities. We talked to him on the day President Bush and President Clinton visited Big Thought. He describes the dance he did when he found out that the two presidents were going to visit the youths of his program – and the impact the pair’s visit had on them.

For a program where one of the main things we are trying to convey to these young people is that their voices matter and have value… to have two living presidents come through and hear their stories and learn about them… that right there puts a huge exclamation point on the value of their voice.

Karen Hughes is a longtime advisor of President Bush -- from his time as Texas governor, to the White House, and continues today on the Bush Institute’s Women’s Initiative Advisory Council. She shared memories and lessons she learned along the way, such as why it's important to be punctual.

If [President Bush] says be somewhere at 9 o'clock, if you're not there by quarter of nine, you might get left behind. And so, I remember asking him, "President Bush, why are you so obsessed with being on time?"

And he said three words. He looked at me as if I had kind of lost my mind and he said, "Late is rude."

And I can't tell you how many people, when we got to the White House, from the drivers in the motorcade to the house staff to the people who worked in the Mess, told me how much they appreciated him being on time. And I realized that it was a very small example that showed his respect for other people's time, but it also set a larger standard. 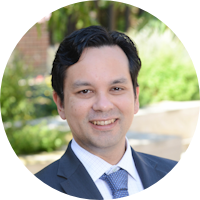 Top 10 Moments from the First Season of The Strategerist Podcast