Lindsay Lloyd: Can you give us insight into the South Korean government's attitude towards human rights in North Korea?

So what we've seen with the Moon Jae-In government is a move from essentially benign neglect to actually taking proactive actions to roll back some of the human rights activism and the organizations in South Korea. That's a real first. We haven't seen that before.

LL: What kind of activists are they? We have NGOs, we also have broadcasting groups. Are all of them a target right now for the South Korean government?

VC: The groups that have gotten the most attention in the news are the two that tried to launch balloons into North Korea from the South. These balloons carry food, Bibles, money, and thumb drives to get information into North Korea. The government has cracked down on those groups largely because the North Korean government, in fact, Kim Jong-un's sister, verbally called them out and said they were insulting, and cut off North/South dialogue until the balloon drops were stopped.

The South Korean’s Unification Ministry issued a paper last month declaring they were going to stop these actions. They called them illegal. And they are also revoking the licenses for these two groups so that they can no longer receive government funding.

There are broadcasting groups as well, and the government has not taken action against them. But they did not say that they were exempt from possible audits or possible raids by the prosecution.

LL: Many of these NGOs or broadcasting groups are run by North Korean escapees, correct?

VC:  Yes, many of these organizations are headed by North Korean escapees. Again, progressive governments have not been very kind to these escapees in the past, but they've always sort of left them alone. The past two progressive governments, for example, continued to fund an organization that was set up by Hwang Jang-yop, who was the highest level defector from North Korea. He's since passed away.

But they've continued to fund those sorts of organizations, even though they didn't pay much attention to them. But all of these organizations have had their funding cut, and so it's really actually rollback. It's an attempt to roll back the human rights efforts in South Korea.

LL: All this is occurring in the midst of the global pandemic. Any insights you can give about the effect COVID-19 is having in North Korea?

VC: North Korea is for the first time stating that an individual who had escaped to South Korea but then came back had COVID-19. That is the first known case that they've admitted to, which probably means there are more cases.

In addition, there's been a lot of rain in Korea during the monsoon season, so there's flooding problems. The combination of COVID-19, the self-imposed quarantine, including trade with China, as a result of COVID-19, and the flooding has now put the North Korean economy probably in the worst condition it has been in since the great famine in the mid-1990s.

LL: You mentioned the famine—do we have a sense for what food stocks are like and whether we're already seeing any problems in that area inside North Korea?

VC: We are seeing problems already. There was a report that the North Korean government released food stocks, which is something that they normally do not do unless it's an emergency situation. That could be because they are really short of food, or it also could be a tactical move. They could be sending a signal to the NGO community that they want food by announcing that they have released some of the emergency food stocks.

It’s clearly a problem, and the North Korean leadership has not fully explained the extent to which COVID-19 may be spreading through the country. There is no public health infrastructure to speak of. They really have no ability to contain it. They have been given test kits, but they're not able to process those test kits, so they're not able to use them. You see people in pictures wearing face masks, but they're wearing them incorrectly. So overall, it's not a very good situation, and I think the North Korean regime maybe focused inward for a while as they try to deal with these problems.

LL: There have been some rumblings in the media about the possibility of a meeting between President Trump and the Korean leader, Kim Jong-un. Do you think there's any credibility of these reports? And if so, would you recommend that there be another meeting?

VC: I would not recommend that there be another meeting before the U.S. election, because it would be had for all the wrong reasons, at least on the U.S. side. Nevertheless, I don't think it's implausible that there could be a fourth meeting on the North Korean side due to their desperate domestic situation. They would like to see the economic sanctions lifted.

A deal with North Korea would not get the U.S. very far in terms of denuclearization, and it would be giving up the sanctions lever, which has been working on North Korea. 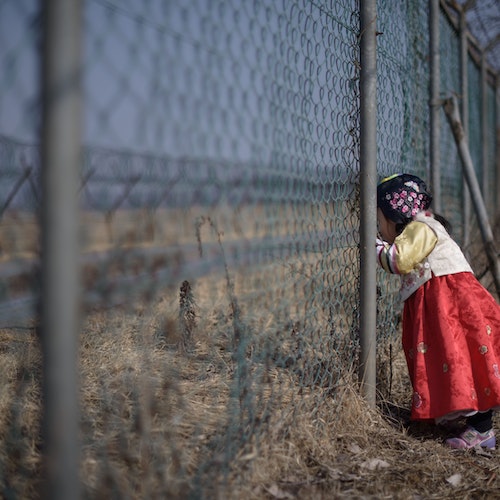 Regaining Lost Ground in the North Korean Human Rights Movement A deal with North Korea is not possible without an improvement in the human condition. Learn more