Mental Health is Connected to the Country’s Financial Health

In the two years following the 2008 Great Recession, there was a 5 percent increase in suicide rates attributed to unemployment. Extensive research demonstrates that mental health is impacted by financial downturns.

As of June 19, unemployment in the United States remained steady at 13.3 percent. For comparison, the 2008 financial crisis peaked at 10.2 percent unemployment. Washington and state leaders are rightfully concerned about the U.S. economy and job loss, but they should also focus on mental health.

In the two years following the 2008 Great Recession, there was a 5 percent increase in suicide rates attributed to unemployment. Extensive research demonstrates that mental health is impacted by financial downturns.

Further, financial fears are exacerbated by social isolation, health concerns, depression, and anxiety. Research has indicated these types of emotions can lead to serious mental health challenges, perhaps even suicide. This can be particularly detrimental to those who have experienced traumatic events such as abuse, healthcare workers on the frontlines of the COVID-19 response, first responders, and veterans.

While states across the nation reopen, an undertone of anxiety, grief, and fear persists. Attention must be paid to the ripple effects on psychological and emotional health.

Recently, Michael Phelps, the most successful and decorated Olympian of all time, shared that those fighting their “mental health demons” are not alone. While he is fortunate enough to not worry about bills or putting food on the table, he is “struggling.”

Looking beyond the immediate consequences of COVID-19, a second crisis – a mental health crisis - looms in the future. Washington and state leaders can take immediate action to change the trajectory.

Through the CARES Act, Congress directed $425 million to support mental health needs and substance abuse disorders in communities across America. The funding is limited and only captures .02 percent of the overall fiscal package. This will not position our country well to address the needs that are on the horizon.

The World Health Organization estimates that depression results in approximately 1 trillion in lost productivity in the workplace, and low income maps closely with increases in suicide rates.

Encouragingly, there are increasing policies calling for more use of technology resources such as telemental health. While state based regulations have historically limited the use of telemental health across state lines, recent alliances such the Association of State and Provincial Psychology Licensing Boards (ASPPB) are taking a page from the Department of Veterans Affairs to eliminate these state based barriers.

Specifically, ASPPB created a road map and legislative toolkit to encourage states to allow psychologists to deliver mental health therapy across state lines. As a result of this effort, 12 states have signed the Psychology Interjurisdictional Compact (PSYPACT) — which allows for licensed psychologists to see patients in other states. Seventeen other states have pending legislation to join PSYPACT.

Governors who have yet to sign the pact, should consider taking action to advance similar legislation. The United States has been facing a shortage in mental health providers for years. By increasing telemental health accessibility more Americans and veterans will have their mental health care needs met.

The Centers for Medicare & Medicaid Services (CMS), the governing body for all health care related programs in the United States, has recently taken a number of temporary actions to expand access to mental health services and address mental health workforce reimbursement needs. As a result of CMS’ emergency action to reduce the barriers to telemental health, many George W. Bush Institute Veteran Wellness Alliance clinical partners have reported serving more veterans. However, the temporary policies will not have lasting impact if they are not made permanent.

Although the pandemic has opened the aperture for federal and state leaders to roll back barriers to telemental health delivery and encourage tech integrated healthcare, COVID-19 has also spotlighted the lack of broadband access across the U.S. Data shows that internet disparities closely mirror socioeconomic factors, namely poverty. These individuals are among our most vulnerable population.

According to the 2018 American Community Survey (ACS), 18.1 million – or 15 percent- of households do not have subscriptions to any form of broadband internet service.  And, surprisingly, the majority of the digitally disconnected households live in urban areas.  The states with the lowest broadband adoption rates also had the lowest median incomes, highest percentages of rural communities, and the highest shares of communities of color.

During the 2008 Recession, Congress saw broadband as an essential tool that could help jumpstart the economy which resulted in the 2010 National Broadband Plan. Despite skyrocketing advances in technology over the past decade, the policy is outdated.

As leaders consider new legislation to help America recover from the pandemic, we implore Congress to integrate the expansion of broadband and telehealth access. These critical solutions will offset the looming mental health crisis that will continue to impact veterans and Americans for years to come. 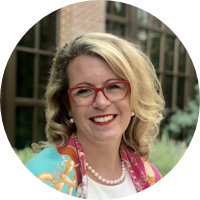 Mental Health is Connected to the Country’s Financial Health

Ongoing coverage and content that addresses the COVID-19 pandemic and response. View all
What Does an American Look Like?
Navigating the Complexity of the 2020-2021 School Year
Democracy Talks: COVID-19, Authoritarianism, and Democracy
Innovations in Testing Can Help Students Deepen Their Base of Knowledge
30 Days in Quarantine
Two-Minute Take: How the STAAR Test Helps Students
Lend Big For Now, Then Trust the Free Market Economy's Resilience
Two-Minute Take: Reopening Schools Safely
COVID-19 Highlights the Need for a Free Press around the World

Called to Lead: My Journey Discovering the Connection Between Military Service and Higher Education Leadership Barrett Bogue on June 22, 2020

The Bush Institute’s Veteran Wellness Alliance collaborated with RAND to generate the first definition for high-quality care for post-traumatic stress and traumatic brain injury. This definition now sets a standard for health providers who serve veterans and provides policymakers a source to reference.