A Call to Defend Democracy

The George W. Bush Institute is proud to join a movement called A Call to Defend Democracy during the global pandemic.

On June 25, more than 500 democracy organizations, activists, Nobel laureates, and political and civil society leaders joined in a common Call to Defend Democracy during the global pandemic. The George W. Bush Institute is proud to be part of this effort.

Democracy was already backsliding before the arrival of COVID-19. The leading watchdog organization, Freedom House, has chronicled 14 consecutive years of decline in political freedom and civil liberties in its annual Freedom in the World report. Their 2020 report proclaimed that “democracy and pluralism are under assault.”

The longer-term trend has seen declines in freedom in consolidated democracies, authoritarian states, and in countries falling in between those groups. Fundamental, universal rights like freedom of speech, assembly, religion, and the press have all been under pressure in countries around the world.  Sadly, this is nothing new.

What is new, however, is how many governments have seized on the pandemic as a pretext to further curtail citizens’ rights and freedoms.

Common sense, temporary measures to protect the public health, may be an inconvenience and carry an economic cost, but they do not fundamentally threaten our democratic way of life, provided they are transparent, conform to the rule of law, and are time limited.

The Call to Defend Democracy draws attention to how the global crisis has been manipulated by some governments to go much farther.  One of the worst examples is Hungary, a country that has seen a dramatic erosion of its democracy in recent years. The advent of the crisis has accelerated this trend, allowing the prime minister and government to assume sweeping emergency powers that allow them to essentially rule by decree.

The experience of Hungary in recent years is similar to what we have seen in Hong Kong, Turkey, the Philippines, and in an unfortunately long list of other countries. The democratic wave of the 1990s and early 2000s has been receding for some time.

It is vital that we remain vigilant and protect our democratic institutions, even during a pandemic. As the ongoing protests over racial equity have spread from the United States to countries around the world have shown, the coronavirus does not and cannot override our fundamental rights and freedoms.

The public health consequences of the pandemic have already been overwhelming and we are sadly nowhere near the finish line. We must not allow the pandemic to wreak similar havoc on democracy and freedom around the world.

A Call to Defend Democracy 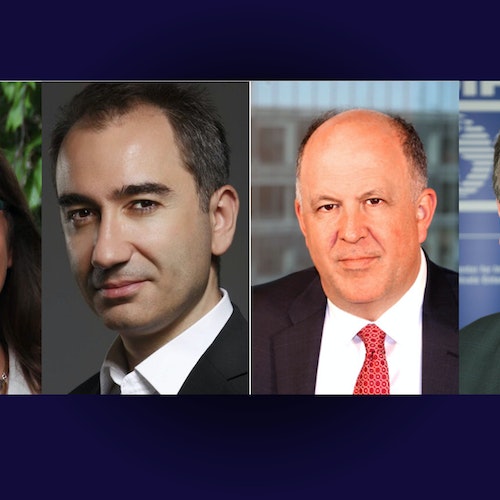 Democracy Talks: COVID-19, Authoritarianism, and Democracy The first in a series of discussions on freedom on democracy around the world features Laura Rosenberger, Mustafa Akyol, Michael Abramowitz, and Andrew Wilson. The four experts on democracy and authoritarianism discuss the impact the coronavirus is having on political freedom and democratic institutions around the world. Read the article