When President George W. Bush signed the Post-9/11 Veterans Educational Assistance Act of 2008, no one could have predicted the enormous impact it would have on the military-connected community. More than a decade later, and two-million beneficiaries served by the Department of Veterans Affairs (VA), the impact and implications of the GI Bill are far reaching including an investment of $65 billion into institutions of higher learning and surrounding communities. Research demonstrates student veterans are some of the best performing adult learners but, as my favorite fictional President Josiah “Jed” Bartlet from The West Wing would say, “what’s next?”

We’re watching America’s system of higher education be disrupted by the one-two punch of the coronavirus pandemic and decreasing financial support. Meanwhile higher education continues to grapple with challenges before the pandemic arrived, including declining enrollment and no-cost models of competition. This presents a critical leadership task for American higher education—to position it for the collaboration, creativity, and principled stewardship of its missions into the 22nd century. Based on more than a decade supporting their needs in executive roles at VA and Student Veterans of America, I believe our military and veteran communities can solve the challenges that confront higher education.

The post-9/11 era of veterans now transitioning into the next phase of their careers could be the solution to that leadership challenge. They might be equipped with the skills to navigate America’s democratized system of higher education but I had to explore how. New research was necessary to determine if that was the case, but first I needed a partner.

Called to Lead was inspired by my late father, E. Grady Bogue, Ed.D. a U.S. Air Force veteran and lifelong leader in higher education. Before dad passed away in 2013, Andrew Morse, Ph.D. was one of his final doctoral candidates. When I talked with Andrew about Called to Lead, he barely let me finish describing the project before he agreed to join citing the urgent need to, “find more Grady Bogue’s to serve in higher education.” It was only fitting that he joined the project as co-author to honor dad’s legacy and to contribute his years of research in higher education leadership.

Called to Lead was a qualitative study that sought to understand the connection between military service and higher education leadership. Research began in earnest in 2019 as I was beginning the Bush Institute’s Stand-To Veteran Leadership Program which provided an invaluable contribution. The program was instrumental in focusing the research’s objective based on feedback from cohort members and in facilitating a partnership with the Center for a New American Security (CNAS) which sponsored the research.

To examine the connections between military service and higher education leadership roles, we conducted interviews with veterans who work in the industry including roles in administration, faculty, and staff. We hosted interviews to the point of data saturation then independently developed observations and themes. Finally, we compared our analysis to verify themes and present our findings; Called to Lead was published by CNAS in June 2020.

What surprised me most about the results was just how well higher education aligns as a career destination for veterans given the overlapping values and traditions. They chose higher education as an extension of military service given the opportunity to continue leading, teaching, and mentoring students. They noted the culture of service in higher education was similar to their time in the military.

The research revealed a significant policy gap: there is no national pipeline to recruit veterans into higher education leadership roles. Current research and policies have focused on the student veteran community—and understandably so—but little has been applied to veterans as a recruitable population of prospective collegiate leaders.

We believe higher education could benefit from looking beyond academia towards the veteran community for leaders who can support the next generation of students. In fact, we recommend institutions of higher education create graduate academic degree programs that specialize in the translation of military leadership skills and experience into the practice of adaptive leadership. These preparation academies could graduate future cohorts who transition from the military to higher education leadership roles.

This journey started with a simple question and remarkable legacy as inspiration. What we discovered was that veterans choose to work in higher education as an extension of their military service, as the overlapping values, traditions, and leadership opportunities provide a baseline for navigating university structures and operations. We determined that military service often provides pathways for developing skills and competencies that prove useful for working in higher education leadership roles.

Veterans are the adaptive leaders higher education requires to navigate profound challenges to its mission. There are wide implications to employee recruitment, workforce development, post-baccalaureate degree programs, and federal policy to be explored all of which will further enrich and benefit America’s military and veteran communities. 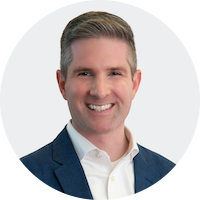 On the Peace, Pain, and Power of Protesting Racial Injustice Farhat Popal on June 19, 2020

Leaders from across the country recently met at the Bush Center to begin a life-changing experience that will increase their impact in serving our Nation's veterans. Michael Bailey, Senior Program Manager of Leadership Programs at the Bush Institute, gives an overview of the 2022 Stand-To Veteran Leadership Program's Module One.