It is a false parallel to equate U.S. support for political and personal freedoms with efforts by Russia and other adversaries to influence the course of politics in third countries.

As part of this Democracy Talks series, Laura Rosenberger, senior fellow at the German Marshall Fund of the United States and director of the organization’s Alliance for Securing Democracy, responded to a question about the view that U.S. democracy support was no different than efforts by Russia, China, and other states to influence events in third countries.

She cited three key differences. First, U.S. (and other western countries’) support is open and transparent in contrast with the authoritarian regimes. Second, the United States works to strengthen democratic intuitions; authoritarians work to weaken them. And third, we make that support available across political spectrums.

These are essential points to remember as we think about debates over the United States supporting democracy and human rights overseas. Domestic and international critics often equate our support for political and personal freedoms with efforts by Russia and other adversaries to influence the course of politics in third countries. But that is a false parallel.

For one thing, Russia’s activities to influence politics outside its borders are in some ways little different from the tactics employed during the Soviet era. Less violent, perhaps, but similar. Russia has concentrated much of its efforts on trying to regain lost influence in countries once part of the Soviet Union or the Warsaw Pact. But as we’ve seen from repeated Russian actions to twist the news and sow divisions in the United States, Europe and elsewhere, Moscow’s ambitions are indeed global.

Domestic and international critics often equate our support for political and personal freedoms with efforts by Russia and other adversaries to influence the course of politics in third countries. But that is a false parallel.

To be sure, the U.S. record is far from spotless. The United States hasn’t always backed democracy, particularly during the Cold War, but also to a troubling extent in more recent times. This reflects an unfortunate reality faced by policymakers – their options and choices aren’t always ideal.

But, as someone who spent a good chunk of my career supporting democracy abroad, let me offer an example how such support can work.

From 1995 to 2002, I was based in Bratislava, Slovakia, where I served as director of the International Republican Institute’s (IRI) program. Over the years I was there, the majority of funding for the effort came from the U.S. Agency for International Development (USAID) and the National Endowment for Democracy (NED). Both are funded by the U.S. government, though NED operates as an independent nongovernmental organization. During that time, IRI’s Slovak programs also received a small amount of support from two private foundations.

As part of Czechoslovakia, Slovakia ousted its communist government in the peaceful Velvet Revolution in 1989. The collapse of one-party rule allowed long-buried tensions between Czechs and Slovaks to surface. Despite a majority on both sides of the ethnic divide in favor of preserving Czechoslovakia, their leaders saw political advantage in splitting the state. There was no referendum, but the Velvet Divorce of 1993 dissolved Czechoslovakia into independent Czech and Slovak republics.

Under the premiership of populist Vladimir Meciar, Slovakia quickly strayed from the path of democracy and free markets. In what we would today describe as illiberal democracy, Meciar’s fairly elected government sought to consolidate power by lashing out at opposition parties, the media, organized labor, disloyal businesses, ethnic minorities, and even religious institutions. While the Czechs, Hungarians, and Poles moved through the difficult process of reform and made quick progress on their bids to join the European Union and NATO, Slovakia lagged behind, becoming what then-U.S. Ambassador to the United Nations Madeleine Albright called “a black hole in the heart of Europe.”

My work with IRI – along with many other likeminded NGOs from the United States and Europe – was to help Slovaks develop lasting democratic institutions. In particular, I led efforts to help their local governments function and communicate better, to train youth to be more active in politics, to help develop public opinion research capacity, and especially, to help strengthen Slovak political parties.

Although the U.S. government funded our work, and the Clinton administration viewed the Meciar government with a critical eye, the USAID and NED funding we received wasn’t used to pick favorites. We conducted trainings and provided advice across the political spectrum, including Meciar’s party and those of his rather extremist allies. We allowed – indeed solicited – parties viewed as populist at best (semi-authoritarian at worst) to participate in our polls and focus groups. Our goal wasn’t to pick winners and losers; that was for the Slovak voters.

The U.S. effort to help consolidate Slovak democracy was transparent and overt – America never hid its goals or activities. Assistance was targeted toward strengthening the key institutions of government and civil society. And political party assistance – perhaps the trickiest element – was offered and accepted by a wide ideological spectrum of parties.

Those fond of “whataboutism” and equating U.S. and Russian efforts would do well to fact check reality with the criteria laid out by Laura Rosenberger. Our work is transparent, supports democratic institutions, and works across the political spectrum. Just ask the people in Slovakia or other nations where we have tried to support their freedom. 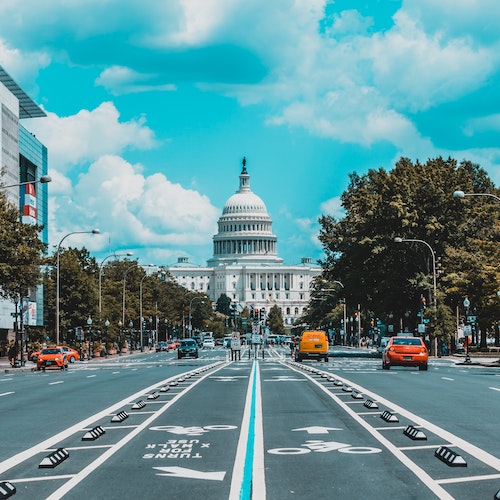