The current debate surrounding asylum seekers– and, by extension, all immigrants– leaves little room for policymakers and Americans to consider sound, compassionate policy that strengthens the country's cherished values.

The dialogue surrounding asylum policy, which is often conflated with the broader issue of immigration, has left little room for policymakers and Americans to consider sound, compassionate policy that strengthens the country by giving expression to cherished American values. The current debate seems rooted in the premise that asylum seekers – and, by extension, all immigrants – are a threat to our security.  The resulting reaction of fear then becomes justification for using a combination of executive orders and changes to longstanding practices and procedures to make de facto changes to our country’s asylum laws.

The apparent objective is to reduce overall immigration. Weakening the legal immigration process is just as likely to disincentivize those seeking to immigrate to the U.S. in a legal manner. In effect, this kind of abrupt, extra-legislative change to narrow aspects of immigration policy can lead to greater illicit immigration, only further undermining the rule of law in our country.

The U.S. has been a leader in efforts to help ensure those living in fear of persecution in their home countries would never again be turned away. It is worth noting the difference between an asylum seeker and refugee is procedural: a refugee is someone who requests protection outside the U.S., an asylum seeker is someone who requests protection at a port of entry on our border. Regardless of location, the applicant bears the burden of proving they qualify for protection under American law.

Beginning in 2019, numerous small changes have been made by executive order preventing migrants from exercising their rights. Asylum seekers going through the legal process receive a document instructing them to appear before an immigration judge on a certain date. This Notice to Appear (NTA) begins the formal process of asylum proceedings. New policies have deliberately created barriers for migrants to attend their hearing. Missing a hearing carries decisive consequences, often resulting in a deportation order in absentia.

Other procedural changes have raised due process concerns. When migrants appear at a port of entry, they are entitled to a “credible fear” interview to determine if they have a chance of successfully making their case in front of an immigration judge. Previously, these interviews were handled by the trained experts of USCIS and applicants could have their attorneys present. Under the new Prompt Asylum Case Review, undertrained CBP officers conduct the interviews without translators or attorneys present. Since mid-July, pass rates have fallen from 97 percent to 10 percent.

Migrants who are found not to have a “credible fear” have a right under American law to appeal the decision. Nonetheless, a newly-enacted policy expedites the removal of migrants before they are afforded time to appeal the court’s decision. Additionally, many migrants are unknowingly waiving their right to appeal as documents are only offered in English and, for a period of time, migrants were denied access to their attorneys— the courts recently ruled this unlawful and held that all migrants should have access to legal representation.

Historically, domestic violence has been viewed as justifying a “credible fear” in asylum proceedings. Latin America, where many of the migrants are traveling from, has the highest rate of femicide (gender-based killings) in the world. In 2016 of the more than 400 reported homicide cases with female victims in Honduras, only 15 were investigated, resulting in just two convictions. Furthermore, in some Latin American countries 98 percent of gender-based murders go unpunished, often due to police or government involvement. Under recent regulatory changes, domestic violence is now considered “private violence” that does not lead to a “credible fear” that would justify an asylum claim.

By making all these procedural changes to the asylum process without legislative action by Congress – and without the focused national debate that Congressional action would stimulate— America is straying from its values without fully considering the consequences. The immigration system is not perfect, but creating capricious administrative barriers for asylum seekers is also not the answer.

A place to start would be to engage with the North American and Central American governments to develop a fair, compassionate regional approach to migration. This approach should address regional security issues and preserve the human dignity of the migrants. It should also address the demographic realities of the aging and shrinking population of the United States. Deterrence will never fully resolve the crisis at the border; a combination of reforms to our system and a concerted effort to address the push factors causing people to flee their homes is the solution.

Immigration: Building a System for Tomorrow by Laura Collins

More than ever, America needs the brightest, most talented, and hardest-working people the world has to offer. The objective of immigration policy should be to affirm America as the land of opportunity.

Bush Institute-SMU Economic Growth Initiative Director Laura Collins explains what the DACA decision from the Supreme Court means and what is next for Dreamers.

Laura Collins, George W. Bush Institute-SMU Economic Growth Initiative Director, explains how immigrants and native-born Americans have always been on the same team driving innovation and economic growth, and that the U.S. will recover from this pandemic by following the same formula — working together.

Two-Minute Take: Immigrants Are Good For The Economy by Laura Collins 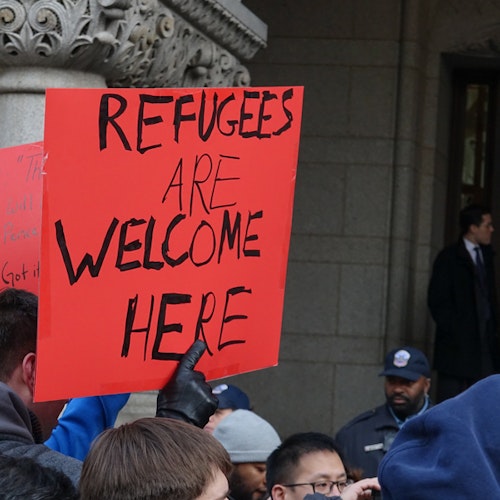 Refugees: An Economic Force Having fought for their freedom by escaping their troubled countries, refugees are a determined force that contribute to the American economy and  local communities. Read more in The Catalyst 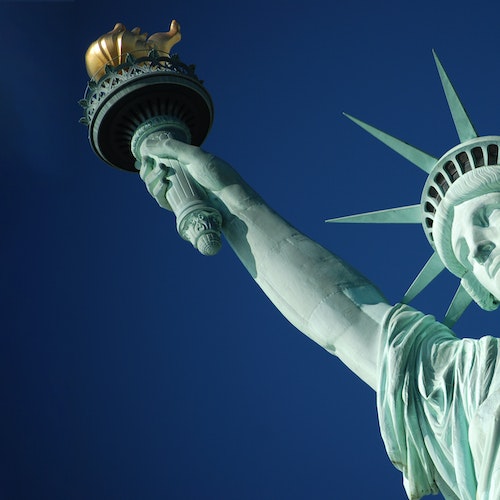 Immigration “At its core, immigration is a sign of a confident and successful nation. Immigrants' talent and hard work and love of freedom have helped us become the leader of the world.”—President George W. Bush Learn more